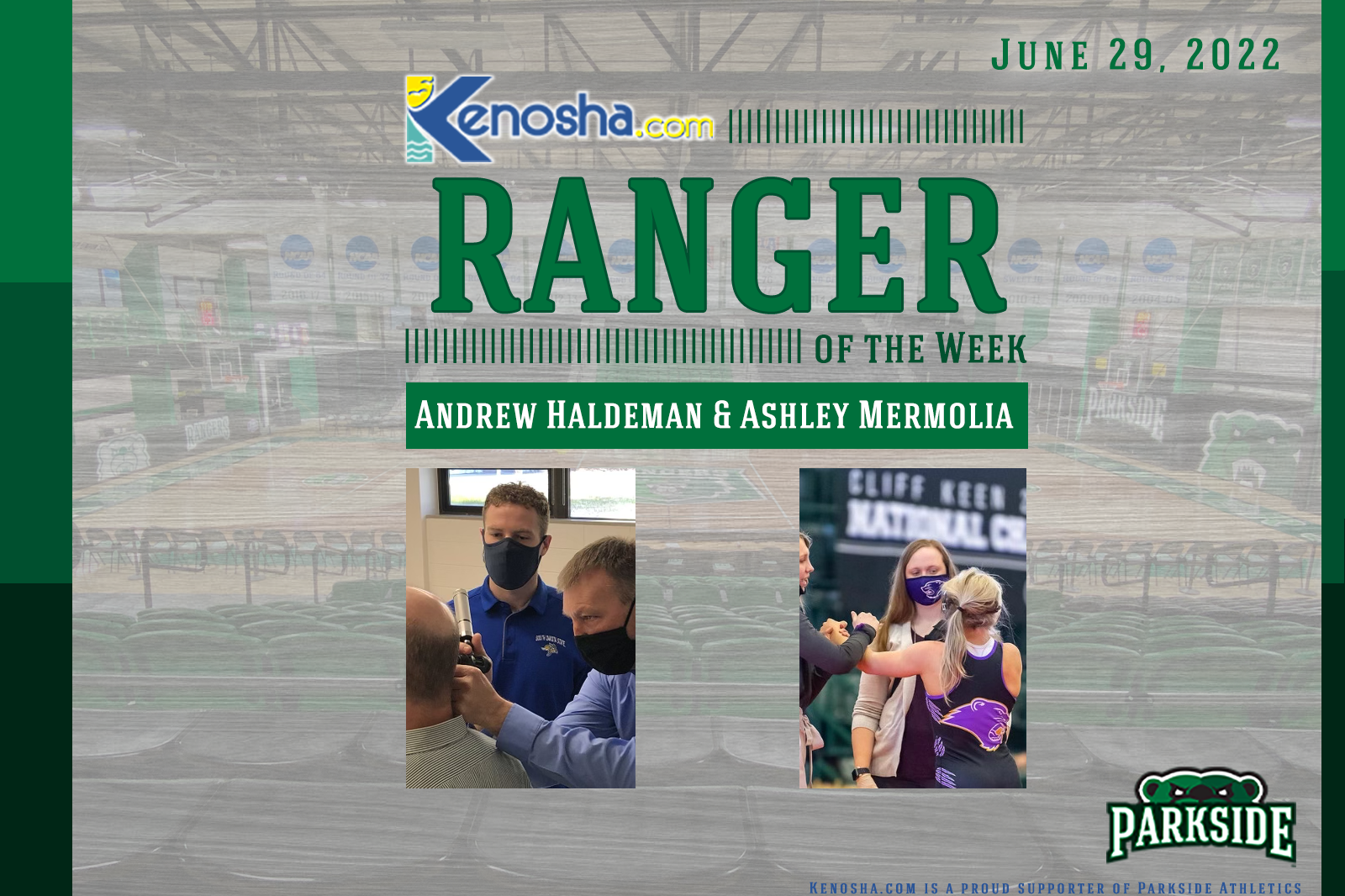 Rangers of the Week: Ashley Mermolia and Andrew Haldeman

Parkside Athletics recently announced two new hirings to the Parkside Sports Medicine Department. Ashley Mermolia and Andrew Haldeman have joined the Rangers as assistant athletic trainers and are this week’s Kenosha.com Rangers of the Week.

Mermolia will serve as the lead athletic trainer for cross country, wrestling, and outdoor track & field. Haldeman will oversee the volleyball, indoor track & field, and baseball seasons heading into the 2022-23 school year.

Mermolia joins the Rangers after earning her master’s degree in Health Administration from McKendree University. The Muskego native played two years of softball at Heidelberg University in Tiffin, Ohio, where she earned degrees in Athletic Training and Health Science.

Mermolia chose to go into athletic training after having a fair share of injuries during her softball career. She worked closely with her athletic trainers in high school and the idea of working closely with student-athletes caught her interest.

“It was a perfect opportunity,” said Mermolia. “I get to do something I enjoy while staying close to college athletics.”

Mermolia is the first member of her family to go into the medical field. Her career goal is work as a civilian athletic trainer with the U.S. Military.

Haldeman joins the Rangers after finishing his internship at the University of Missouri, where he worked with the Tigers football and gymnastics programs. Prior to Mizzou, Haldeman earned his bachelor’s degree in Nutrition at the College of Saint Benedict & Saint John’s University, where he also played football, and earned his master’s in Athletic Training from South Dakota State University.

Similar to Mermolia, Haldeman is the first in his family to go into the medical field and he was exposed to the field of athletic training through several injuries during his athletic career.

“Athletic training is a unique field,” said Haldeman. “We can impact the lives of athletes and we have the ability to work with them when they are not only at their best, but also their worst. We are able to help them be able to succeed to the best of their abilities.”

Haldeman has hopes to one day be a head athletic trainer for an NCAA Division I athletic program. He also hopes to earn his doctorate and teach courses at the collegiate level.

To stay up to date with all things Parkside, be sure to follow us on social media or visit our website at ParksideRangers.com.