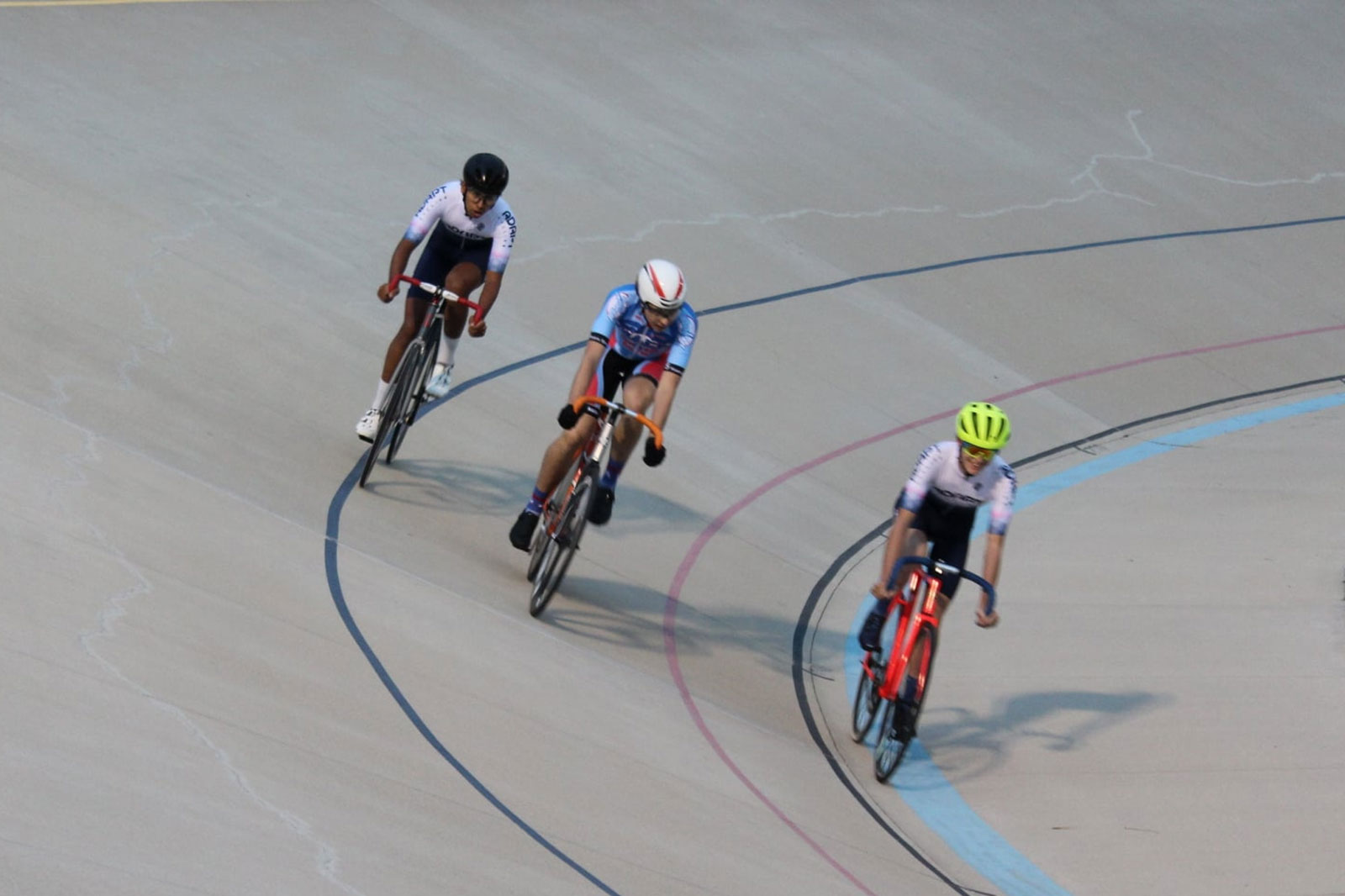 Some of the top junior bike racers in the area will be competing Tuesday night in the first big points race of the summer schedule at the Washington Park Velodrome.

The Schulte Race is a points race in which competitors sprint every five laps, with points awarded on a 5-3-2-1 scoring system for first through fourth place on each sprint lap. However, distance supersedes points, so if a rider laps the field, he or she is considered ahead of a rider who hasn’t lapped the field, no matter the point totals.

“It makes it safer for both groups,” Riva said.

The full Tuesday night program begins at 7 p.m. this week with Danish Win and Out races. After that will be the points races, including the Schulte races, which Riva estimated will start around 8 p.m. The program will then conclude with Scratch races.

An annual event for four decades up until 2014, the Schulte Race is named after the late Bill Schulte, who spent 63 years as an executive with the Kenosha News and worked with young people throughout his career. Schulte was an advocate of education and athletics and a supporter of cycling and other youth programs in Kenosha.

Melanie Davidson, Schulte’s granddaughter, will be on hand Tuesday to hand out trophies to the winners.

The Schulte Race is also the first of four major Tuesday night points races this summer at the Velodrome, which is celebrating its 95th season and is the oldest operating velodrome in the country.

The Mayor’s Cup is scheduled for July 12, while the Susan B. Anthony Women’s Cup, which debuted last summer, is slated for Aug 2. The grueling Bob Pfarr Classic, a 150-lap points race that’s the longest of the summer at the Velodrome, is then slated for Aug. 16.

Spectators can watch all races for free from the grass bowl surrounding the track. Refreshments will be also provided by PUBLIC Craft Brewing Co. at this week’s program.

Riva said that so far this season, the Tuesday night races have been drawing “between 80 and 100” spectators per night. With the weather forecasted to be in the low-80s and sunny for this week’s races, Riva is hoping for a nice crowd.

“The weather was kind of iffy in the beginning (of the season), like hats and mittens,” she said. “Then the next day, it was blistering hot.

“… This week, I think, will be perfect. We always welcome more people.”

The Velodrome features a 333-meter track with banked corners and was resurfaced in 2017.