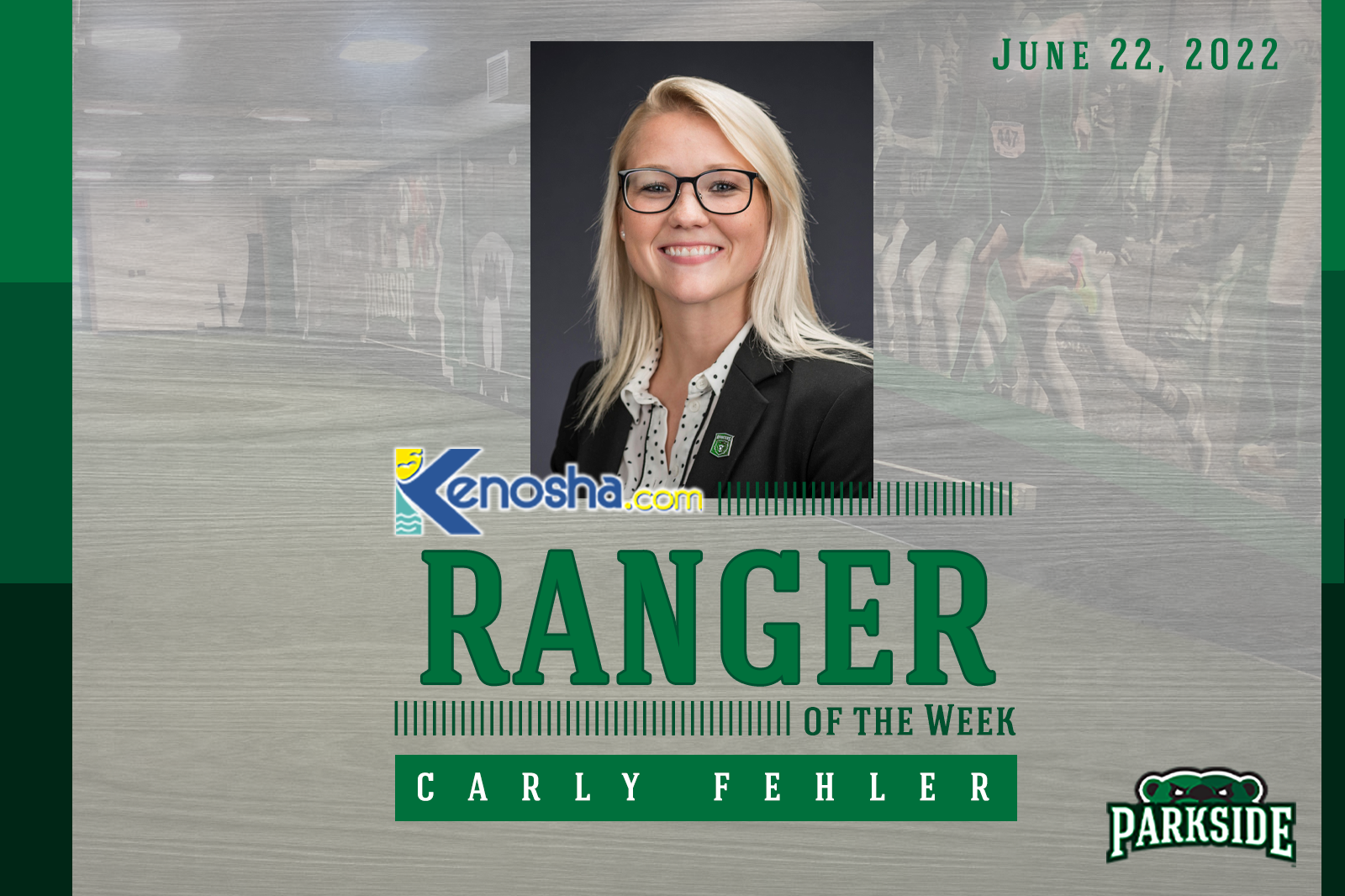 On May 12, Parkside Athletics announced that Carly Fehler would be taking over as the new head strength and conditioning coach for the Rangers. Fehler has served as the Associate Head Coach for the Parkside track & field program since 2018 and will be transitioning her role to assist all of Parkside’s athletic programs. Coach Fehler is this week’s Kenosha.com Ranger of the Week.

Fehler moves into her new role after assisting in the strength and conditioning center since 2020. She began in 2020 with structuring the training for the track & field program, and added the women’s basketball program to her responsibilities in 2021.

“I’m taking on this new role because I feel that strength and conditioning is the area where I excel the most,” said Fehler. “I feel that I am most talented in terms of structuring training, being creative, and helping build the success of student-athletes. This new role also gives me the opportunity to have more time working with the student-athletes which is something that I love to do.”

Coaching experiences for the Rangers

During her time at Parkside, Fehler has helped lead the Rangers track program to a high amount of success and growth. She has coached 13 school record breakers and 35 All-Great Lakes Intercollegiate Athletic Conference honorees during her four-year span. At the 2022 GLIAC Outdoor Track & Field Championships, both the men’s and women’s teams had their highest finishes in program history.

Fehler had quite the collegiate track career during her time at the University of Wisconsin-Eau Claire. She was a six-time NCAA Division III national champion and a seven-time All-American. She currently holds five school records for the Blugolds in the indoor 60 and 200, as well as the outdoor 100, 200, and 4×100 relay. She led the women’s team to their highest team placement in school history with a runner-up finish at the Outdoor National Championships in 2015. In 2015, the three-time team captain and two-time MVP was named the Division III Athlete of the Year and was a semifinalist for the NCAA Woman of the Year Award. She was also named the Performer of the Meet at the NCAA DIII Indoor and Outdoor Championships Performer of the Meet. She is tied as the most decorated female athlete in DIII history.

Following her collegiate career, Fehler was recruited in 2015 to try out for the U.S. Olympic Bobsled team. She went to the combine testing, where she earned the top score in the country. She then traveled to Lake Placid, N.Y., where she trained for 10 days and had a rookie camp tryout for the U.S. National Team. Fehler decided to go back to Wisconsin following this tryout, as she preferred to keep her focus on track instead of pursuing bobsled.

After graduating in 2015, Fehler moved into a volunteer assistant coaching role with the Blugolds, where she helped lead the men’s track & field team to an indoor national championship in 2016. Fehler went on to serve as a graduate assistant at Southwest Minnesota State, where she led the training and strength in conditioning for the track & field and cross country programs.

Make sure to stay up to date on everything Parkside by following our social media channels or visiting our website at ParksideRangers.com. Instagram/Twitter: @RangerAthletics Facebook/LinkedIn: Parkside Rangers Athletics