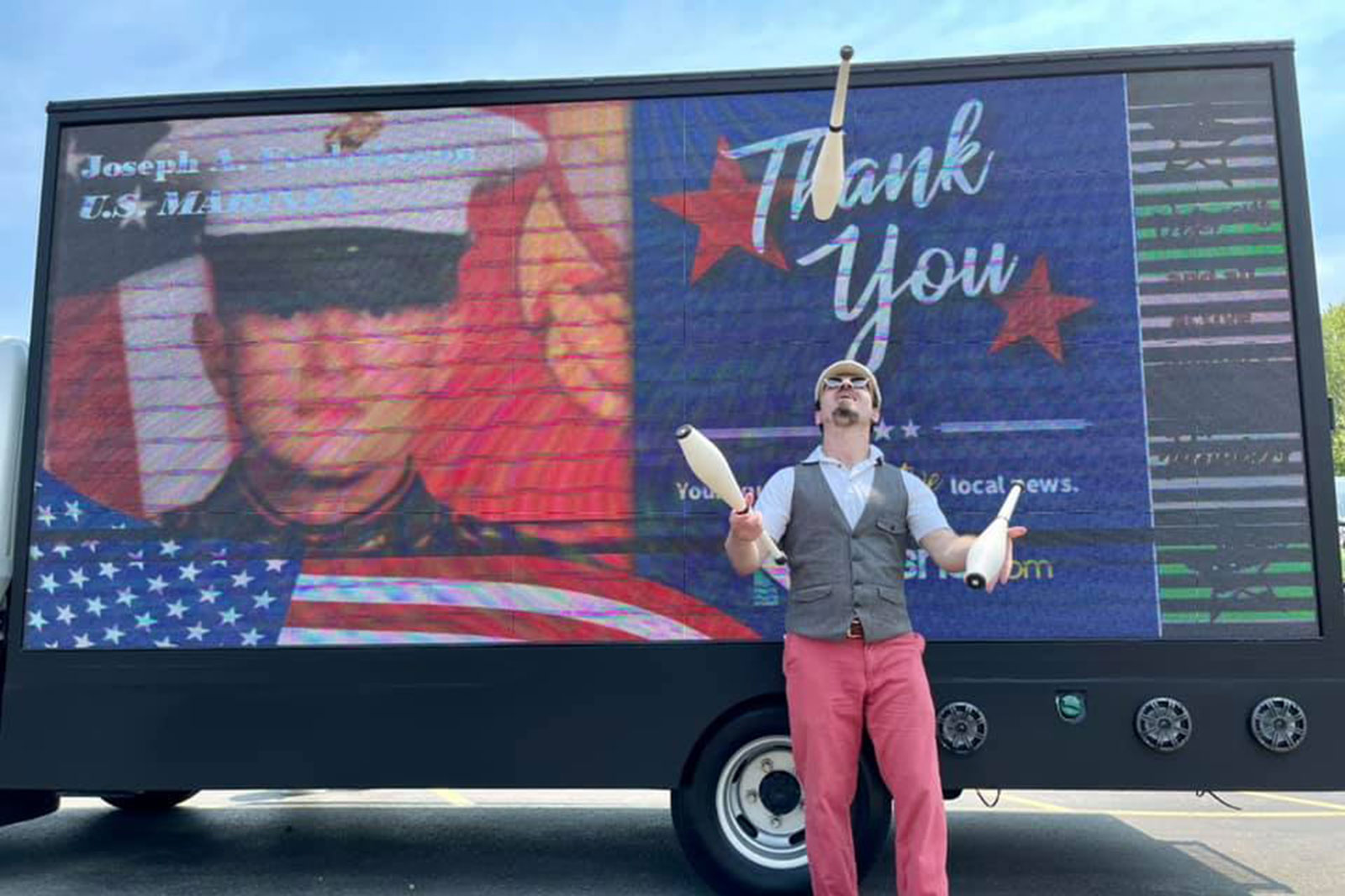 The Kenosha Civic Veterans Parade route will be identical to last year beginning on Seventh Avenue at Washington Road, then heading south through Sixth Avenue downtown and ending on the west side of Library Park.
Entertainment, Family, Local, News

By CITY OF KENOSHA

The City of Kenosha website (kenosha.org) helps citizens and visitors learn about city services and conduct business, including permit applications and online payments.

The Kenosha Civic Veterans Parade presented by Snap-on will step off at 1 p.m. Sunday, July 3 with the theme “America the Beautiful.” The parade is organized by the City of Kenosha. Continuing its community generosity, Snap-on is again the lead sponsor for the parade. Kenosha County joins the City of Kenosha in supporting the parade, along with division sponsors Kenosha Kingfish, Jockey International, First American Bank, AECOM and Festival Foods.

Visintainer was nominated for his 33 years of service with the Army/U.S. Army Reserves, achieving the rank of Staff Sergeant. He was trained as an engineer of heavy equipment operations and an electrician. He is the Commander of Kenosha County American Legion Council, works with Sons of the Legion Post 21, VFW Sturtevant Post 9948, Eagles Nest Association of Sturtevant, and was the first non Vietnam Veteran to become a member of the Kenosha Area Veterans Honor Guard. He is employed at Zablocki VA Center in Milwaukee as Project Management Building Inspector for all new construction.

Other highlights of the parade include the Navy Band Great Lakes and the crowd favorite Jesse White Tumbling Team from Chicago. There are also several local bands participating in this year’s parade including Band of the Blackwatch, Kenosha Rambler Band, Mad Plaid Brass, and The Greasers as well as Appleton’s Lutheran Vanguard of Wisconsin.

There will be 11 floats in this year’s parade. Floats will compete for the honor of Best in Show, and also first-, second- and third-place ribbons in categories including Artistic Excellence, Patriotism, Hometown Pride, Spirit/Energy and Best Use of Theme. Floats will be judged prior to the parade in the staging area. This year’s float judges are Laura Gregorski, Marketing Director of Visit Kenosha, and Dana Nelson, owner of Kaiser’s Pizza and Pub Kenosha. Winners will be announced during the parade at the announcer’s booth in Navy Memorial Park, across from the reviewing stand area in Veterans Memorial Park outside City Hall, 625 52nd St.

How sweet it is: Following a change in city ordinance adopted by the Common Council last year, participants in the Kenosha Civic Veterans Parade are allowed to hand out (not throw) candy to spectators.

All ages are welcome to participate in a community bike ride as part of the parade — but bicyclists must be able to ride two miles without stopping and keep up with the group. All participants in the bike parade must ride a bike; no walking or jogging with the group. Bike parade participants do not need to submit a parade application, but should plan to gather at Seventh Avenue and Washington Road between noon-12:30 p.m., prior to the 1 p.m. start time.