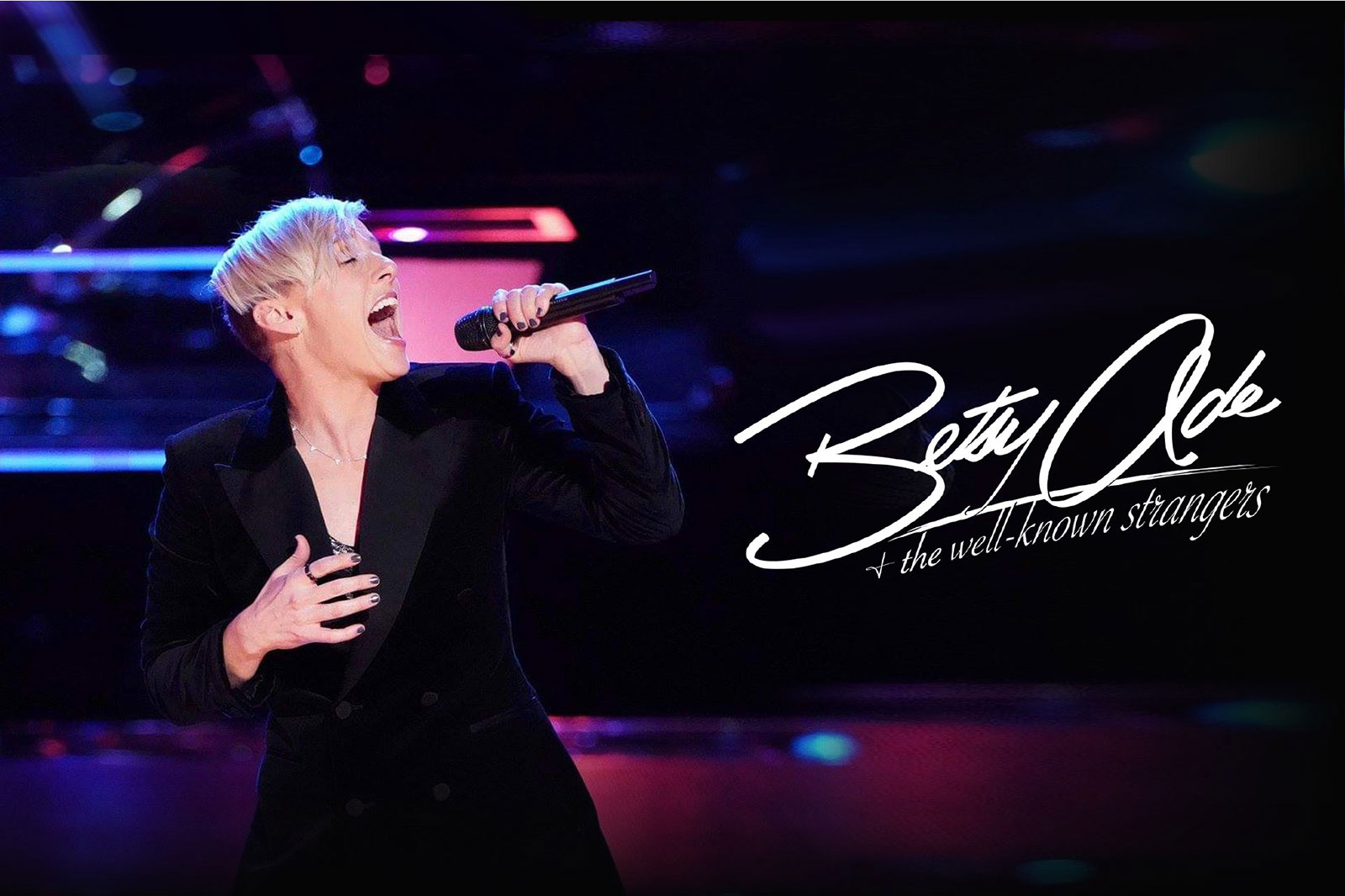 "As long as we are performing, we’ll never forget the area that made us," Betsy Ade said.
PHOTOS: SUBMITTED PHOTOS
Kenoshans, Local, Music

Kenoshans of the Week: Betsy Ade & the Well-Known Strangers

Community-minded band has a special connection to its fans

Covering a 663-day stretch from Jan. 26, 2018, to Nov. 21, 2019, Paul Vagnoni spent 303 days at The Bay at Water’s Edge Health and Rehabilitation Center, 296 at Kenosha Estates Living & Care Center, 21 at Lakeview Specialty Hospital and Rehab, 19 at St. Luke’s Hospital, 18 at Froedtert Kenosha Hospital and six at Aurora Medical Center due to a variety of medical issues.

Bedridden for about a year, the Kenosha native had to learn how to stand and walk again. It was a miserable time of his life.

One great day does stand out, though.

A fan of Betsy Ade & the Well-Known Strangers, Vagnoni received a Thanksgiving Day surprise in 2018 when the local band played a 45-minute set in his room while he was a resident of The Bay at Water’s Edge.

“That was a much-needed pick-me-up when I was at a very low point,” Vagnoni said.

Prior to that appearance, Ade put on a solo performance for Vagnoni after connecting with him through her stepmother Karen Pynaker Ade. Later, Vagnoni “got a pass to get out” and went to see the band perform a Saturday benefit show at the Moose Lodge in Racine. The band greeted Vagnoni warmly and acknowledged him during the show.

“We love Paul,” Ade said. “He promotes our stuff all the time. He’s just a good guy. You can sit and talk with him for hours.”

Leading up to a twice-postponed two-week trip to Scotland in July — the band’s first international tour — the band has been playing a series of House Concerts along with other shows.

On Sunday, May 22, the band played at Paul’s place once again when it performed in the backyard at Eva Manor Apartments in Pleasant Prairie.

“We knew we weren’t going to make a lot of money. That wasn’t the point,” said Victor Cera, the group’s manager. “The point is Paul and the people over there. That’s why Betsy jumped on it right away.”

“They are just good people,” Vagnoni said about the band, which has been named the Kenosha.com Kenoshans of the Week.

Known for its many charitable endeavors in the last seven years, Betsy Ade & the Well-Known Strangers has been a band of the people. When asked for a rundown of good deeds, Cera was happy to oblige.

“We’ll never stop doing that,” Ade said. “That’s kind of our thank you to the community. As long as we are performing, we’ll never forget the area that made us.”

Adamek, who founded the band with Ade in 2014, added: “Right away, there were a lot of opportunities to give back to the community. All of us have a story and all of us have some tie-in to a charity or an organization that we want to help out. It has been a great ride. It really has.”

Ade, a special education teacher at Curtis Strange Elementary School who gained national notoriety for her appearance on NBC’s “The Voice” in 2019, is appreciative of fans like Vagnoni.

“You don’t get to do what you do without someone listening,” she said. “We are fortunate to have a lot of people who not only listen, but also share what they’ve experienced at a show … maybe a song really hit them hard. They really help out in promoting your ideas and spreading your message. You can’t do it without them.”

“I use the word ‘humbling’ all the time and it really is,” Adamek said. “We never knew when we started where it would go, but we’ve really had some fantastic people backing us, supporting us and opening doors for us. We just love to write music. If it has an influence on people and we can make people smile or help them out, that’s great.”