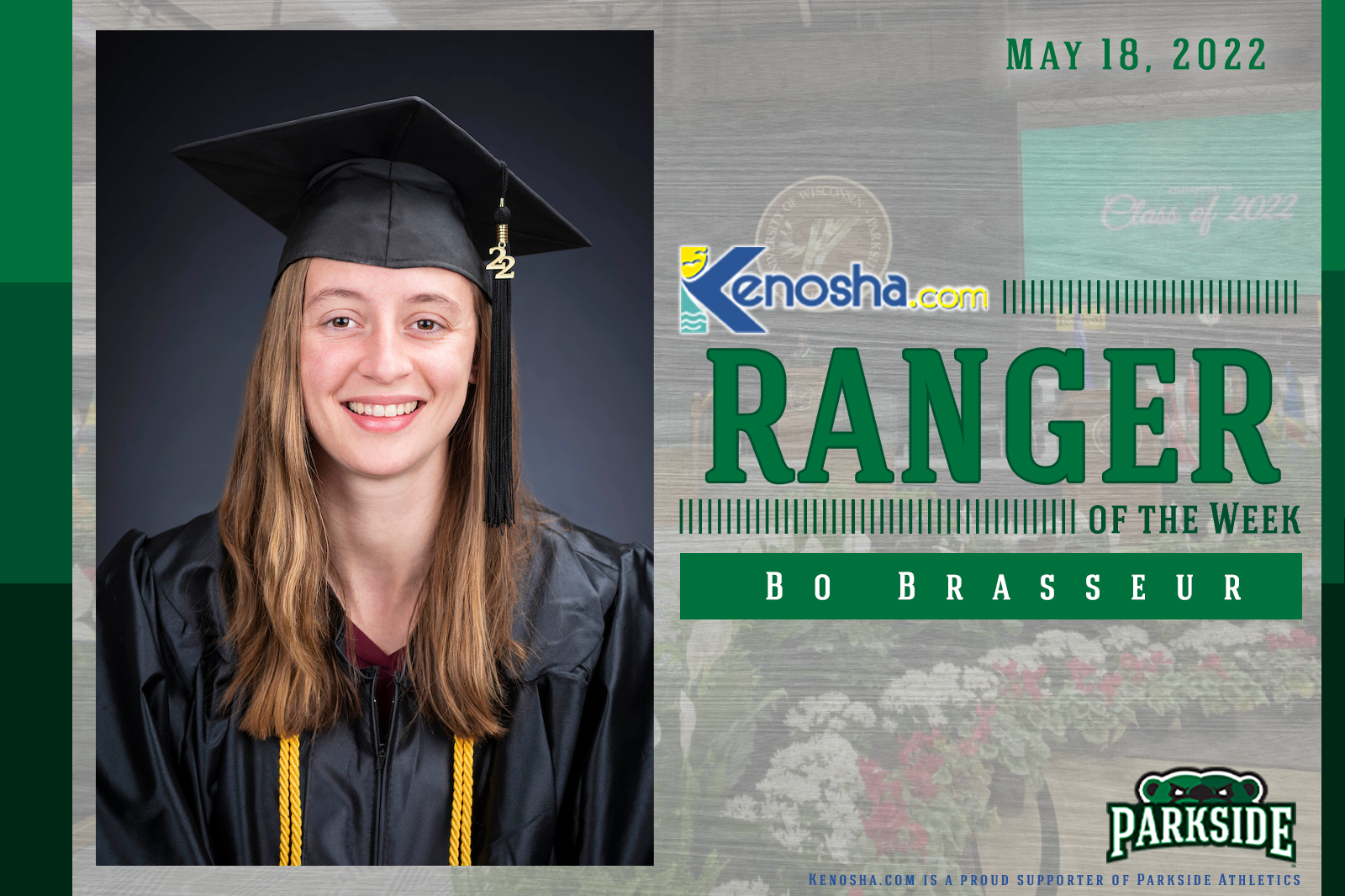 As the Parkside athletic seasons come to a close, it is a time of celebration and recognition for both the athletic and academic achievements of the Parkside community. One graduate student that stood out among the rest was Bo Brasseur, this week’s Kenosha.com Ranger of the Week.

Brasseur, a native of Lubbeek, Belgium, is the graduate assistant for cross country and track & field and was named a recipient of the Outstanding Graduate Award for 2022 at Parkside’s 2022 Spring Commencement Ceremony. Just eight students earn this award among more than 500 graduates every semester.

Brasseur became the first member of the Parkside Sports Management master’s program to complete the thesis program, in which she focused on the psychological impact on injured athletes from a coach’s perspective.

Brasseur came to America in 2016, when she began to attend Western Illinois University. She majored in dietetics, with minors in forensic science and French. While at Western Illinois, Brasseur received the Student Leadership Award and was named an NCAA Woman of the Year nominee, something every top student-athlete dreams about.

Brasseur also competed in track & field at Western Illinois. Track played a large role in her decision to come to America. Athletes in Europe are unable to compete and get an education at the same time, so coming to America allows individuals to be students and athletes simultaneously.

“It was a big risk for me,” said Brasseur. “As a kid, I never wanted to go to overnight camps. This was quite a big overnight camp to go to!”

Bo still competes at collegiate track meets as an unattached athlete, with hopes of being able to compete in the Paris 2024 Olympics. She will be returning for her third year as a Parkside graduate assistant as she pursues a second master’s in business administration and hopes to keep building on Parkside’s recent success. At last week’s 2022 Great Lakes Intercollegiate Athletic Conference Outdoor Track & Field Championships, both the men and women had their best finishes since joining the GLIAC.