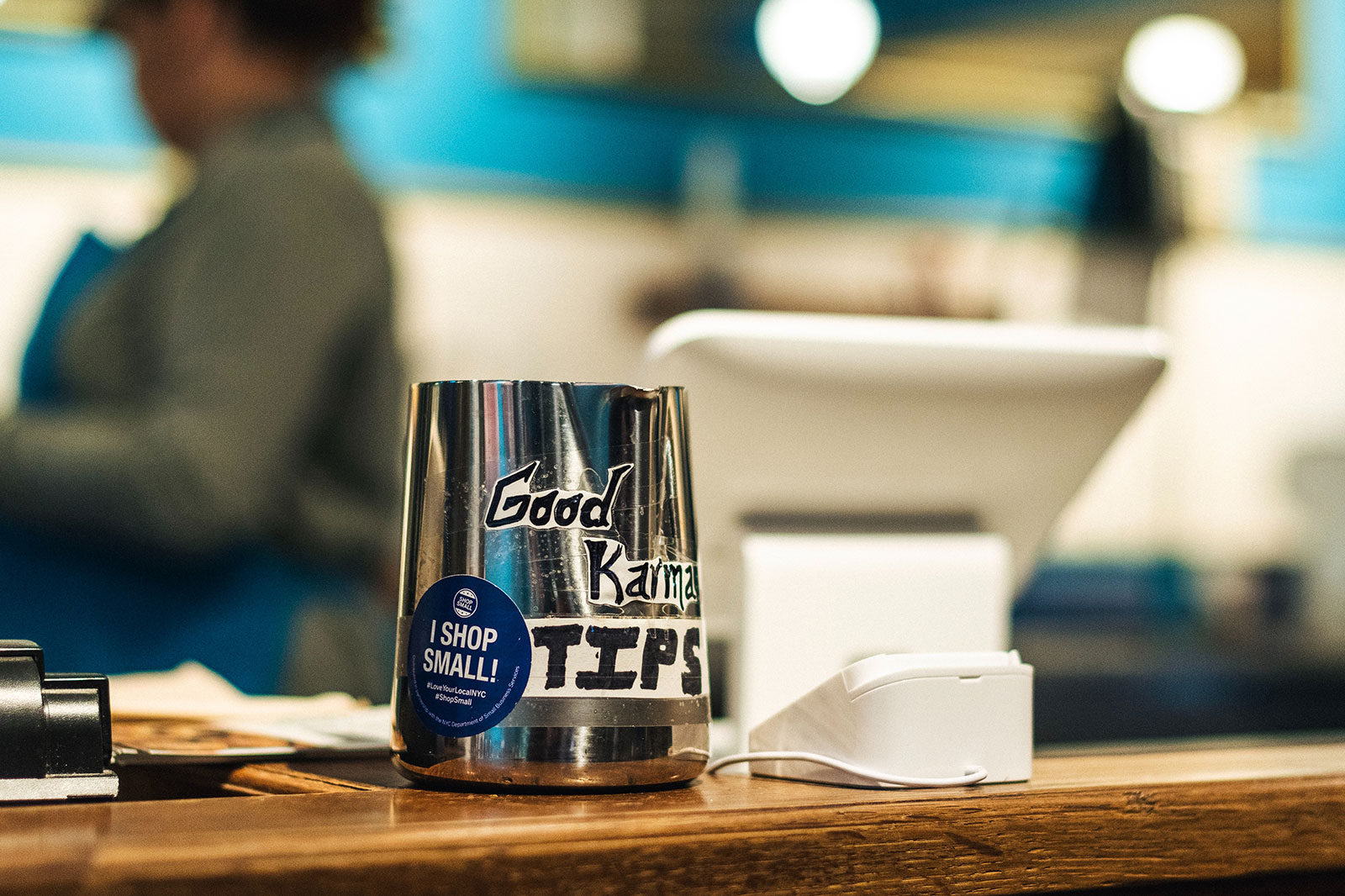 Tips and their amount are a matter of social custom and etiquette, and the custom varies between countries and between settings.
PHOTOS: DAN SMEDLEY
Business, Local

I learned about the practice of tipping servers from my dad many years ago.

We had stopped at some roadside diner on Highway 41. We finished our sandwiches and were preparing to leave when I noticed Dad slipping some change under his plate.

Being a curious kid, I asked what that was all about because he never did that at home. He explained that people who worked in restaurants were underpaid and if they were unusually prompt and polite, it was appropriate to leave them a little extra — a tip.

I still think that she gave the old man a wink.

A similar idea was told to me by a prominent local restaurateur. He thought that the idea was to give a little extra to the server “to ensure promptness” (TIP).

Anyway, times have changed, and the practice of tipping servers has morphed into an entirely different realm — a new business model.

Tips are now considered part of the server’s wage. Their minimum wage is set much lower than for other workers based on the assumption that a lot of people will leave their loose change under the plate — or on their Master Card.

The Wisconsin minimum wage for servers is $2.33 an hour. In many cases, the tips are shared with cooks and bus staff. Understanding all this takes two labor lawyers, a certified public accountant, and IRS agent and most importantly, someone who works in a restaurant.

Let’s just say that tipping is no longer just a little extra to ensure a polite and efficient delivery of your sandwich.

We recently stopped at a local chain restaurant for a soup and sandwich. We got in line, made our choices, and inserted our credit cards into the appropriate device. It responded with a list of options for tips (15%, 18%, 20% or No Tip).

That decision had to be made while the counter guy was staring at the screen and giving us the evil eye.

Not wanting to look like a schmuck. I chose the 18%. After that, we found our own seat and waited for the little “your-food-is-ready” alarm to kick in. When the alarm was sounded, we got our own food and brought it to the table.

Once our fine dining experience was over, we cleared the table and put away the dishes — kinda like eating at home when I was a kid. But in our little house by Columbus Park, the only tip I got from the old man in exchange for this service was “don’t take any wooden nickels.”

He never left a dime under his plate.

I once had an online seller give me the option of adding an 18% tip to the bill. I assume that was for the warehouse staffer who smiled as he put my order in the box.

And maybe gave the box a wink.

There is a new trendy hot spot in Chicago’s South Loop that features robots that serve your food. This portends a new trend in restaurants short of staff.

Hmm … How are they going to handle tipping? Perhaps you can give an extra shot of power from your phone charger when R2-D2 refills your coffee. That little character has a winning smile and a friendly disposition.

Maybe it could be programmed to give a wink to old guys.

All interesting. But the purpose of this uniquely American system was to provide a little extra income for underpaid servers who put up with abuse and neglect from customers and got the blame for the cook who burned the soup or undercooked your eggs.

My old man had it right. Be generous with tips and make sure that they are getting to the people who provide the service. Always give a little extra for extra good service. Be nice to the server or bar-keep who takes care of you.

That’s the way it should be.

I can only imagine Dad’s reaction at being asked how much he wanted to tip before he got his food. Probably indelicate Dad words.