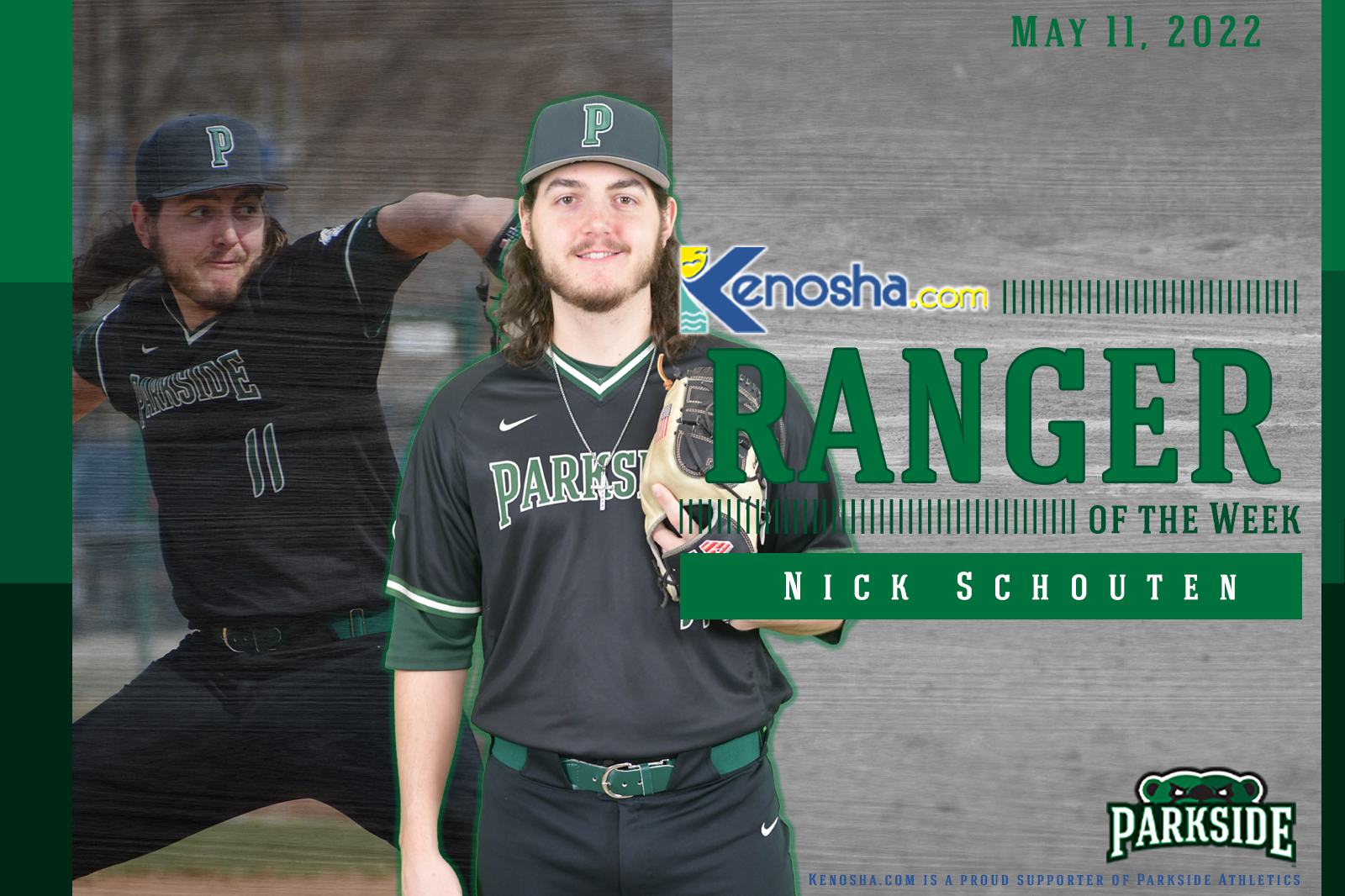 Ranger of the Week: Nick Schouten

The Parkside baseball team opened its final series of the regular season on Friday, May 6 in Allendale, Mich., as the Rangers played the Grand Valley State Lakers. Despite trailing early, the Rangers battled back to force extra innings, where they later defeated the Lakers, 3-2, in 12 innings. Leading the charge was starting pitcher Nick Schouten, our Kenosha.com Ranger of the Week.

Schouten, a senior from Peoria, Ariz., pitched all 12 innings, earning the complete game recognition along with the win. He allowed just one earned run while striking out seven batters on a very efficient 132 pitches (11 pitches per inning).

“My arm felt fine,” said Schouten. “After the ninth, (head coach Dan) Esposito asked if I was good to keep going and I said yeah, and we both know I would be good to go the distance. I was on fumes in the last inning but getting that run in the 12th helped give me the adrenaline I needed to finish.”

Schouten and catcher Bryce Inman dominated the Lakers offense all game. They focused on attacking right away with the changeup and getting ahead early in the count. Schouten had four-pitch innings in the third and fifth innings.

Up next for Nick

Schouten is a Criminal Justice major at Parkside and he hopes to one day become a firefighter. He plans to return to Parkside for a fifth year and continue to play baseball.

“With the offseason starting, Schouten said, “I’m going to take some time off and rest up to make sure I’m fully healthy going into next season.”

Schouten has goals to be the opening day starter for the Rangers in 2023 and he wants to be in the top 10 in the Great Lakes Intercollegiate Athletic Conference in innings pitched for the second consecutive year, as he finished eighth this year.