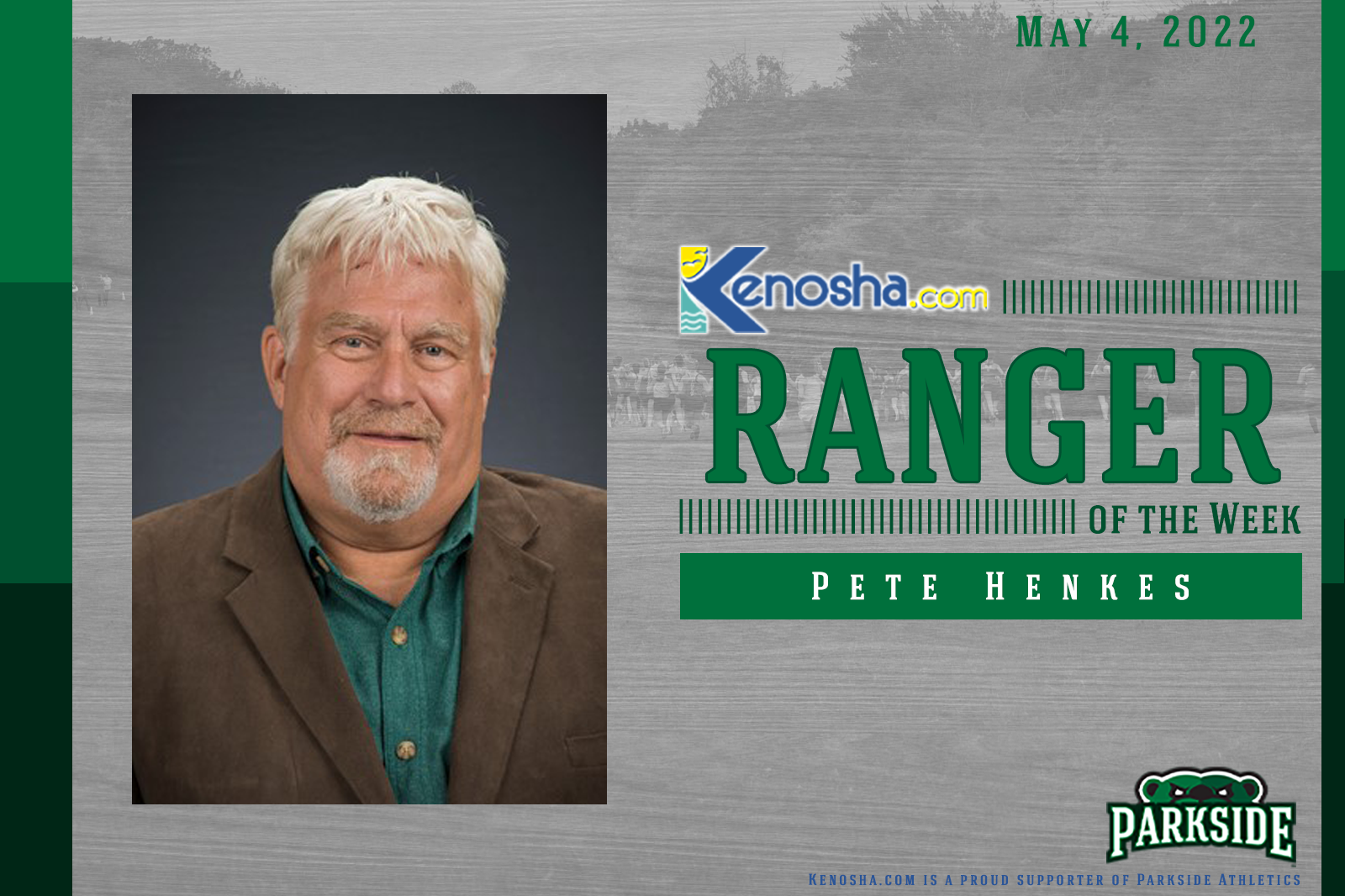 Ranger of the Week: Pete Henkes

The Wayne E. Dannehl National Cross Country Course is one of the most historic sites on the University of Wisconsin-Parkside campus. It is the only part of the campus that is visible from Green Bay Road and hosts thousands of athletes every year.

The course was the first of its kind, as no other university in the country had ever designated land on their property specifically to a cross country course. The course has hosted not only Parkside meets, but also conference and national championships at various collegiate levels, as well as high school regional and state meets and the Eastbay Regional Championships.

Henkes grew up in Racine and graduated from St. Catherine’s High School in 1973. During high school, Pete became the first employee of Rogan’s Shoes in 1970. He went on to graduate from Carthage College in 1977, where he ran cross country and earned a bachelor’s degree in physical education. Following his graduation, Henkes became a cross country and track & field official for the WIAA. He also became the cross country coach at St. Joseph High School where he led the team to a second-place finish at the 1979 WISAA Class A State Meet. In 1982, Henkes founded the Wisconsin Runner Racing Team, a Wisconsin-based club for post-collegiate mid- to long- distance runners. Since 1984, he has also served as the Foot Locker/Eastbay Midwest Regional Meet Director.

“I had worked with Parkside as a timer and provided sound equipment for meets in the past,” Henkes said. “When Dannehl retired, they were looking for someone to run and maintain the course year-round and they offered me the job.”

For the last 20 years, Henkes has worked hard to maintain the surface of the course, as well as organize at least three large collegiate meets and six to 12 high school meets each year.

Although his time at Parkside is coming to an end, his involvement in the cross country world will continue. Henkes plans to grow his timing company, The Wisconsin Runner. He plans to still be the timer for all meets that are held on the Dannehl Cross Country Course and hopes to expand to other courses in the future. He will also serve as the director for the upcoming Eastbay Midwest Championships, which will be held in November. His biggest goal for the future is to bring the Cross Country World Championships to the United States for the first time in over 20 years, as he currently serves as the Vice Chairmen of USAXCTF.

Next for the Rangers

Parkside wraps up with spring seasons with baseball taking on Wayne State tomorrow, Thursday (May 5) at noon. The team will play at Carthage College as the untimely rain in the forecast rendered Simmons Field unplayable. Softball travels to Sandusky, Ohio, for the Great Lakes Intercollegiate Athletic Conference Tournament on Friday (May 6) beginning at 9 a.m. Track and field heads to the GLIAC Outdoor Championships in Allendale, Mich., May 4-5.

On Sunday, May 1, Parkside Athletics hosted the 2022 Ranger Awards presented by Texas Roadhouse in De Simone Arena. For the full list of winners and the photo gallery of the night, please click HERE.