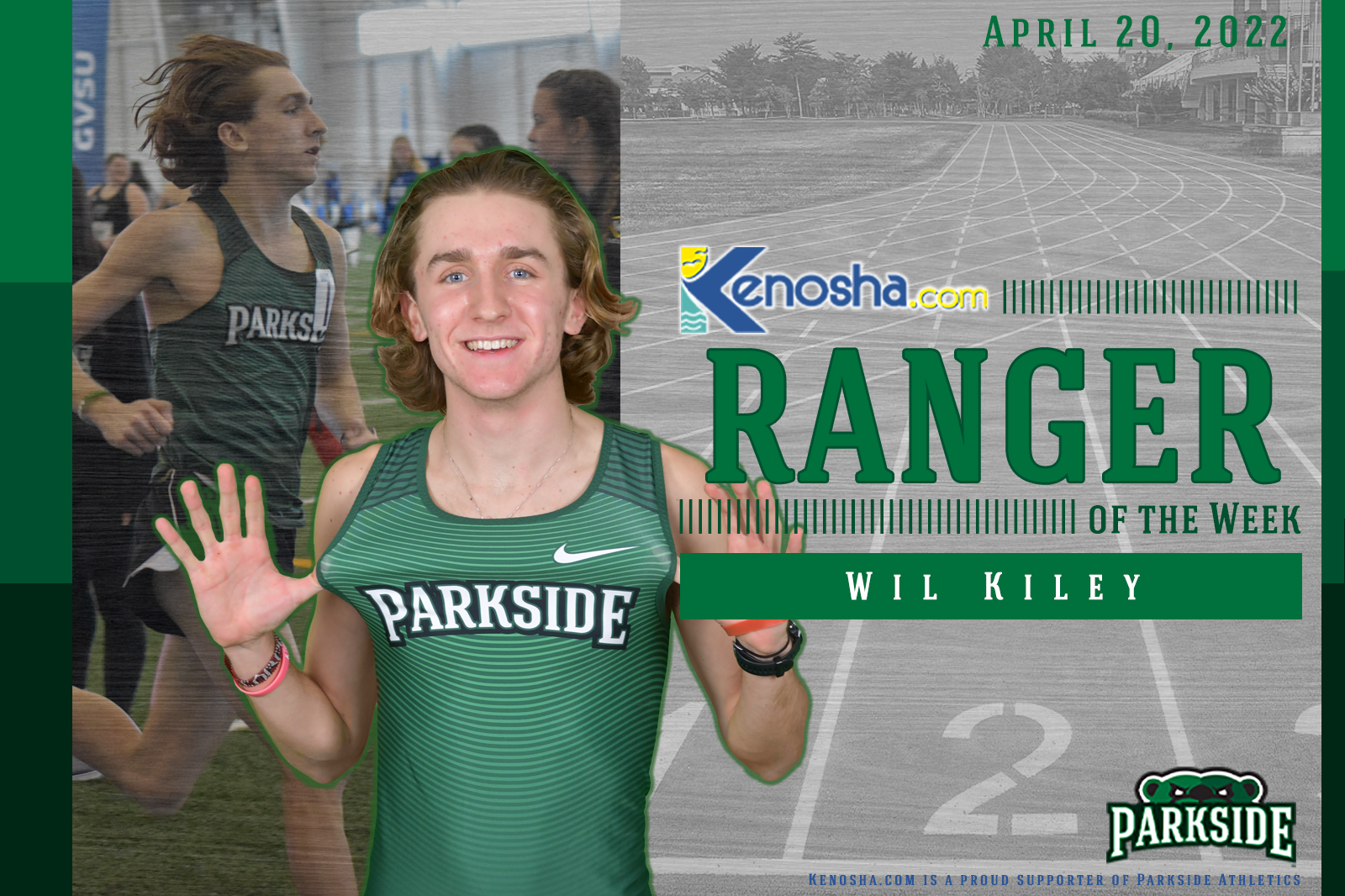 Ranger of the Week: Wil Kiley

Freshman fares well in his first collegiate 1,500 in California

The Parkside track & field team had a nice change of scenery as they spent the long weekend enjoying the warm weather in Los Angeles. The Rangers competed at the Cal State LA Twilight Open and the Azusa Pacific Bryan Clay Invitational on Thursday and Friday, April 14-15. The Rangers competed well in a large field of athletes, which featured teams from all three NCAA divisions. After two long days in the hotel, and a very long wait for his time to race. Wil Kiley toed the line for his first ever 1,500-meter race at the collegiate level. At 11 p.m. PST, Kiley ran an impressive 3:56.44 to send the Rangers home on a high note. Kiley is this week’s Kenosha.com Ranger of the Week.

Kiley, a freshman from Lockport, Ill., came to Parkside in the fall of 2021. After missing the 2021 cross country season with a case of plantar fascia, Kiley began his Parkside career during the 2021-22 indoor season. After using the season to build back up, Kiley came into the California meets ready to make a statement. Despite being stuck in the hotel for several hours during the day and having to wait until, what felt like 1 a.m. due to not being adjusted to the time zone, Kiley came through to earn a huge PR and earned the second-fastest 1,500-meter time for the Rangers this season.

Kiley began running when he was younger, joining his parents on charity 5K events around his hometown. He is the first member of his family to compete at the collegiate level. Kiley is a communications major and plans to go into mortuary science. In his free time, Kiley enjoys performing close-up magic.

The Rangers return to action on Friday (April 22) as they head to the UW-Whitewater Invite. The Great Lakes Intercollegiate Athletic Conference Outdoor Championships are scheduled for May 5 in Allendale, Mich.

This weekend, Parkside softball hosts Northwood on Saturday (April 23) for the team’s Lace Up for Cancer game to raise awareness to children battling cancer. On Sunday (April 24), the Rangers will recognize seniors Alyssa Laxson and Tijanne Ross while welcoming furry friends for Bark in the Park. Parkside’s home softball field is Case Softball Complex. For schedule updates, please visit ParksideRangers.com.