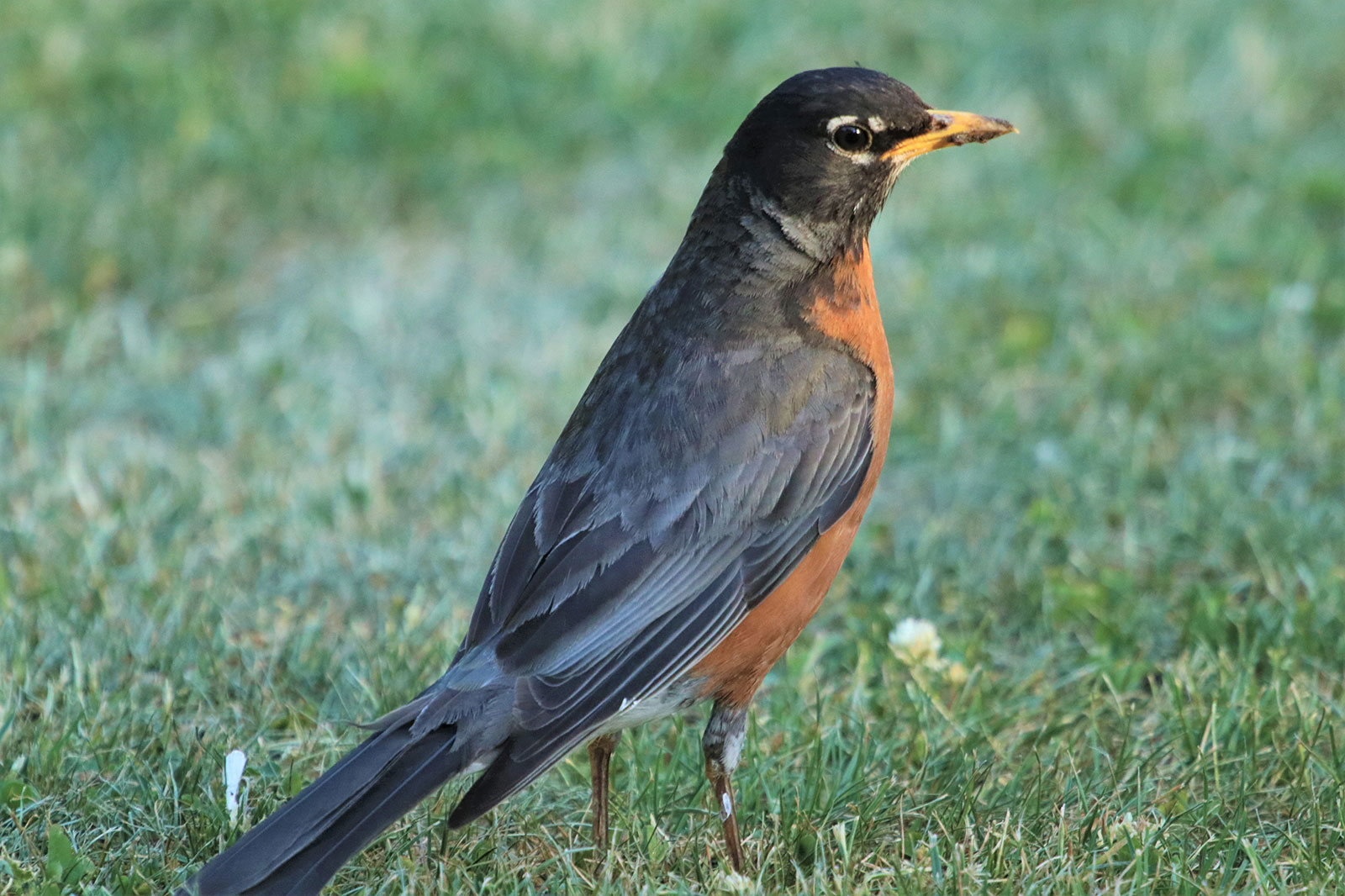 The old wives' tale is that a robin is the first sign of spring. As the myth goes, all robins migrate south for the winter to avoid the cold, returning in the early spring. However, American robins are adaptable birds, comfortable in all sorts of habitats across North America.
PHOTO: THOMAS CORRAO
Local

Capturing Kenosha: The birds of spring

Hello, everyone. Welcome back to another edition of “Capturing Kenosha.” This time, I’d like to address the birds of spring and give you some insight on a few of my favorite species to watch in southeastern Wisconsin.

This past winter in Kenosha really wasn’t too bad by Wisconsin standards. There were only a few snowfalls and most of the wintertime was affected more by cold than by snow.

Because I like to take photos and I’m an avid bird feeder during the winter, I noticed a few holdout robins that decided to hang back and not fly south during the winter months. Two of them would come to our feeder and eat seed with the other birds. I also noticed that there were some robins hanging out with a flock of blackbirds. I saw them together several times throughout the past couple months foraging for dried berries on some trees not far from where I live. I thought this was rather unusual behavior for a bird species that survives primarily on earthworms during the warm-weather months.

Fast forward to today, the weather has now begun heading toward warmer temps and we are at the time of year where the ground has thawed and earthworms begin poking their heads out to feel the warmth above ground. This in turn brings migratory birds like robins back to Kenosha looking for an easy meal. I’m sure you’ve probably seen them by now or at the very least, heard them calling out just before the sun rises each day.

I always get excited this time of year because I know it won’t be long where my favorite birds will begin to arrive in our area. During the winter, most birds have a mostly drab appearance to them with the exception of cardinals and woodpeckers. My favorite birds are by far the vibrant varieties that begin showing up again this time of year. I’m talking about bluebirds, orioles, scarlet tanagers and indigo buntings.

Here are some photos and descriptions of the birds to watch for in the coming weeks:

Bluebirds — The bluebirds are a group of medium-sized, mostly insectivorous or omnivorous birds in the thrush family. Bluebirds are one of the few thrush genera in the Americas. Bluebirds have blue, or blue and rose beige, plumage. Female birds are less brightly colored than males, although color patterns are similar and there is no noticeable difference in size. In Kenosha, their numbers will increase as the number of insects available as a food source increases. Alex Wiezbicki, who took some of the pictures for today’s article, has already photographed a bluebird this month.

Scarlet tanagers — The scarlet tanager is a medium-sized American songbird. Until recently, it was placed in the tanager family, but it and other members of its genus have now been re-classified as belonging to the cardinal family. Last year I saw several of these birds while walking the trails at Petrifying Springs Park. If you want to see a scarlet tanager, listen to their distinctive song:

Orioles — Orioles are a group of birds included in the blackbird family. Males are typically black and vibrant yellow or orange with white markings. Females and immature birds are more subdued. They molt annually and are generally slender with long tails and a pointed bill. They mainly eat insects, but also enjoy nectar and fruit. Every year I place citrus fruits that have been cut in half as well as a container of grape jelly out to attract them. This is why I’ve seen them over the past few years because the birds remember where they found the jellies. The oriole’s nest is a woven, elongated pouch.

Indigo bunting — Like the scarlet tanager, the indigo bunting is considered to be a member of the cardinal family. It is a small, seed-eating bird that looks similar to a sparrow except that they are blue. The best places to see them are brushy forest edges, open deciduous woods, second-growth woodlands and farmland. I have had them visit my feeders here in Kenosha and they truly are beautiful birds. I expect to start seeing them soon as they should be returning from warmer climates. The interesting thing about them, scientists say they migrate mostly at night and they’re believed to use the stars to navigate. Here is a sample of what they sound like:

To finish off my favorite birds of spring, I have to mention the hummingbird.

They are probably my favorite birds of all and I love to feed them homemade nectar. If you want to see hummingbirds, all you need to do is place a feeder outside your kitchen window and fill it with a nectar mixture of 1 cup sugar to 2 cups water. Boil the mixture until it becomes simple sugar syrup. Let it cool and fill your feeder, then sit and watch as hummingbirds will appear. Once they find the feeder, they will return daily and many times make multiple visits.

So, there are the five birds I think you should start looking for this spring. Have a fun time bird watching! Take care, everyone!