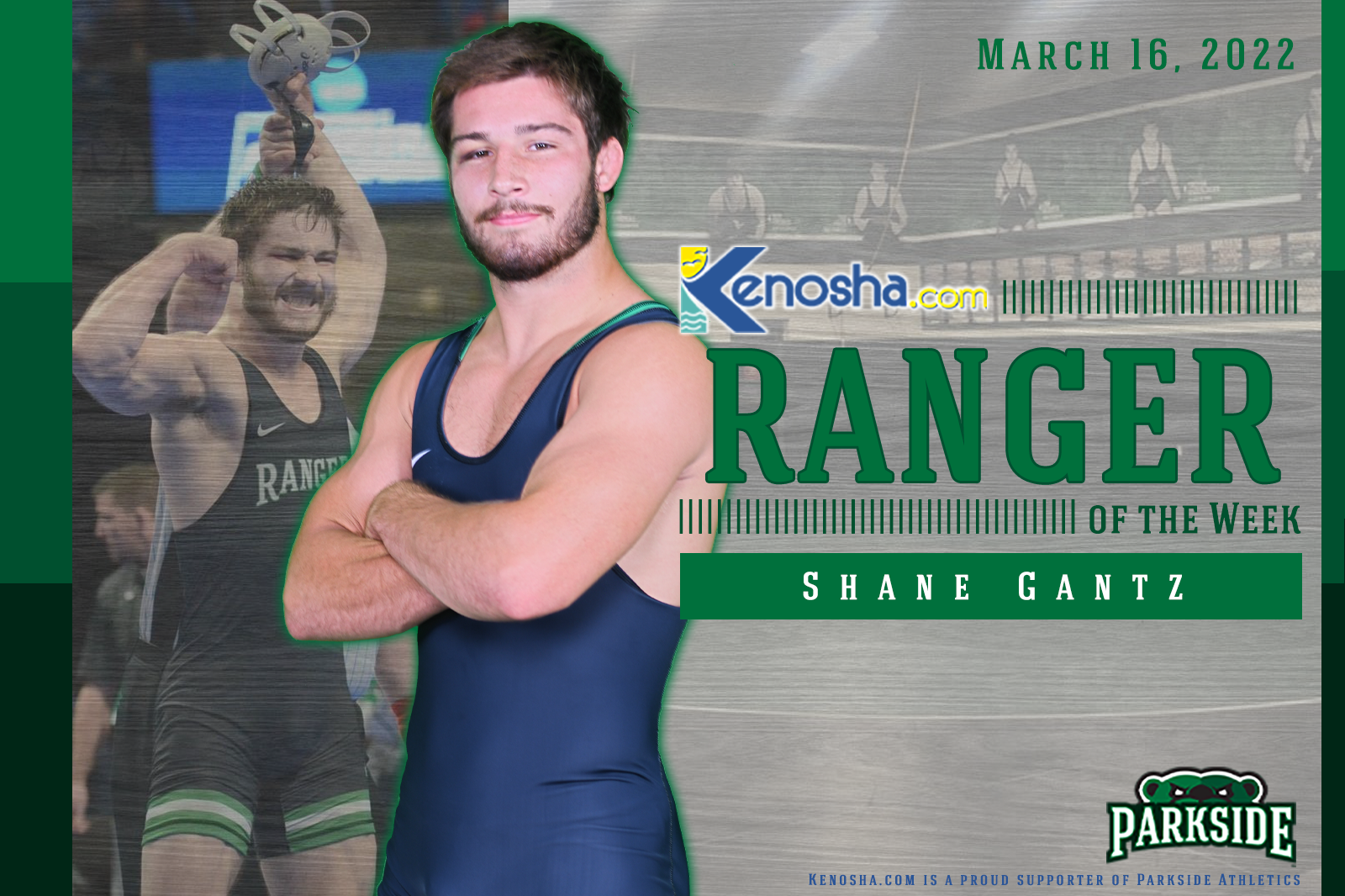 A miraculous season for Shane Gantz came to a close this last weekend, as Parkside wrestling’s redshirt junior from Waukesha finished as the 165-pound runner-up at the NCAA II Championships in St. Louis and is this week’s Kenosha.com Ranger of the Week for the fourth time this season.

Gantz finished the 2021-22 season 32-1 overall and while it was the best individual finish for any Parkside wrestler since current head coach Nick Becker won his third straight national championship in 2018, Gantz was already back in the Jim Koch Wrestling Center two days after he lost in the final, as seen in a Twitter photo posted by another Parkside National Champion, Craig Becker.

Gantz lost arguably the best match of the entire weekend to No. 1 seeded Matt Malcom of Nebraska-Kearney, 1-0. He had control of the match for nearly the entire time, but Malcom was able to avoid the numerous takedown attempts Gantz threw his way. To get to the championship, the second-seeded Gantz opened with a 5-0 decision over Chase Morgan of West Liberty, then beat All-American Hunter Mullin of Western Colorado before winning a 3-1 decision over the eventual third-place finisher Cory Peterson of McKendree.

While Parkside is still chasing its first-ever team national championship, the program has 17 individual national champions, 150 All-Americans and 18 top-10 team finishes. As a team, Parkside took 14th this season, which is the program’s best since 2018’s third-place finish. Gantz earned a majority of those team points, with redshirt freshman Reece Worachek also taking home All-American honors with an eighth-place finish. The two other qualifiers, Joe Arroyo and Job Ayala, were both seeded and won a match, but were knocked out in Day 1.

Athletic Director of the Year

Parkside Director of Athletics Andrew Gavin has been named a 2021-22 National Association of Collegiate Directors of Athletics (NACDA) Cushman & Wakefield AD of the Year, which was announced on Wednesday (March 15). Gavin, who joined Parkside in August of 2017, led the Rangers through a global pandemic and Parkside Athletics was still able to complete RangerVision 2020, a $5 million facility and fundraising campaign, the largest in Parkside Athletics history. Gavin continued to excel in building mutually-beneficial partnerships with local, regional and global companies, including Kenosha.com, and utilizes his communications background to tell the story of the Parkside community both internally and externally, including his From the AD series.

To read more about this amazing accomplishment, please visit ParksideRangers.com.

Friday, March 25 is when Parkside returns to action with another home event, a baseball series starting up against Wayne State at historic Simmons Field. Softball’s first home event is scheduled for Saturday, April 2 with a doubleheader against Saginaw Valley State.