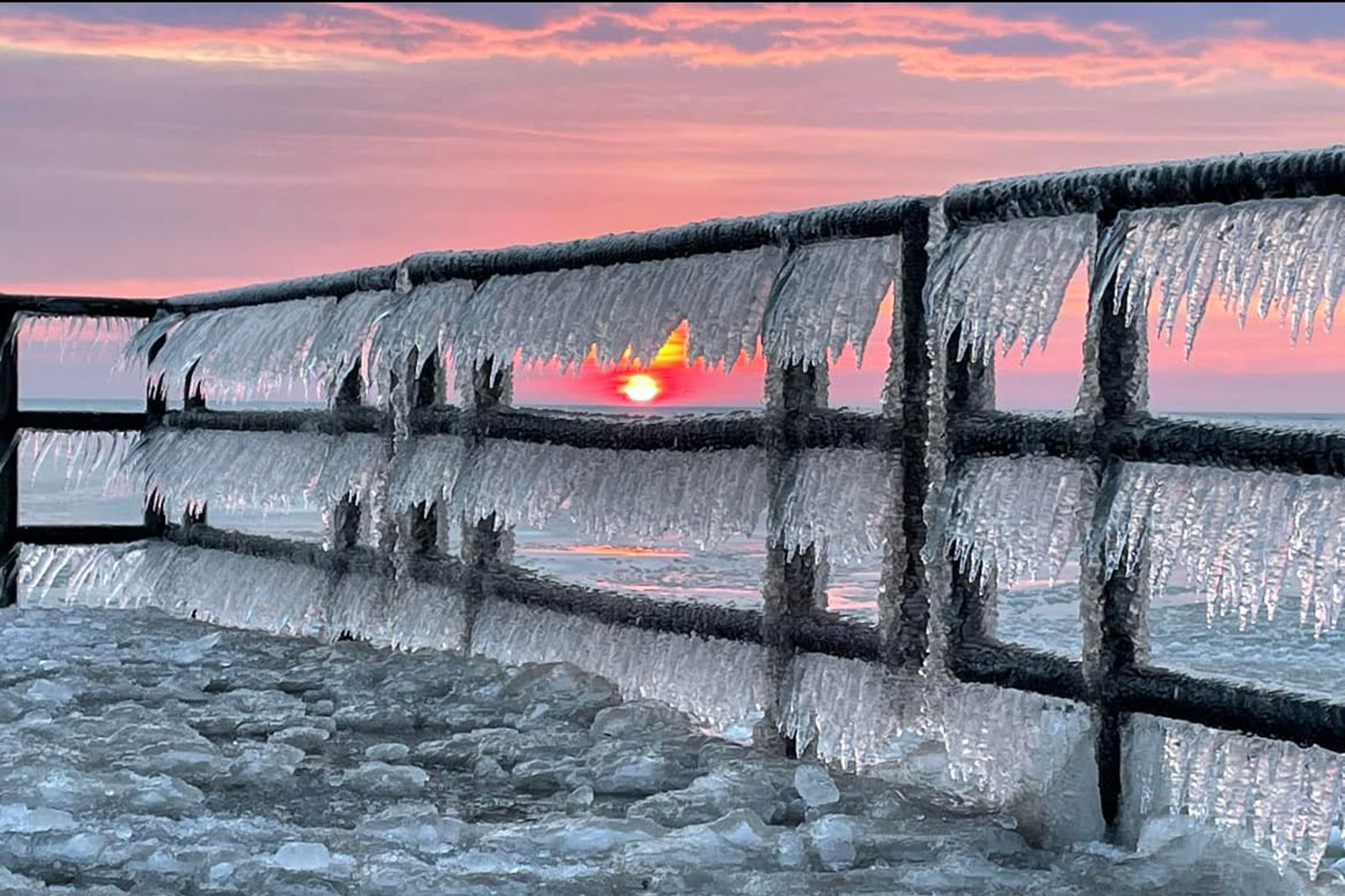 Capturing Kenosha: There is beauty in every season

Recent winter weather has a little bit of everything

Hello, everyone. I’m back with another edition of Capturing Kenosha.

I’ve noticed over the last couple of weeks the weather has been all over the place with temperatures ranging from single digits to the 50s. This got me thinking that spring can’t be far off. The lake has shown different views on a daily basis with ice, slush and open water.

You just never know what you’re going to see.

Quite frankly, I’m getting a bit tired of winter and I’m hoping for warmer days ahead. I discovered this week that one of my local photographer buddies, Liz Romanek, fell on the ice and was injured.

Like myself, Liz can be seen many times down at the lakeshore before work taking pictures of the sunrise. Her pictures are outstanding, so I wanted to share some of them with you in my article about the changing seasons. If you like her work, follow her on Instagram (@lizromanek).

When I first thought about how to discuss the change of seasons, I Googled it and discovered that the original Almanac from the 1450s played a big role in helping farmers determine when the seasons would change. Information appears to have been derived from interpreting the astrological position of the earth within the solar system.

Apparently, people back then could predict tidal tables, weather forecasts and astronomical insights, much like the Old Farmer’s Almanac of today. Up until the time of the Almanac, people made their predictions based on the stars, which told them when the season would change, allowing them to plant and harvest at the right times.

Over thousands of years of experience, it was determined the universe runs in cycles. People realized that certain stars would appear in the sky only during specific times of the year, that seasons flowed in order, and that tides were affected by the moon. Their belief was that the seasons would remain relatively constant, which made them forecastable.

In modern times, we now realize that the seasons are changing climatically. It seems like every year we hear of new previously unheard weather occurrences. The hottest day of the year seems to be moving forward and researchers say that the warmest day of the year has advanced by as much as two days since 1850 when they first began keeping climatic records.

I have experienced these climatic changes throughout my lifetime. I’m currently 60 years old and I remember winters in the late 1970s that saw extreme amounts of snow here in Kenosha. Winters today seem to be colder than I remember back then and there’s much less snow during the winter months.

Spring, which is normally defined as when the plants start to bud, also seems to be moving slowly forward as the years pass. In the same regard, fall seems to be passing much more quickly than when I was a kid, although this past fall seemed a little closer to normal.

In most of the United States, there are four distinct seasons which are based on the solar system and defined by the amount of daylight.

The longest day of the year typically falls on June 21 and marks the summer solstice in the northern hemisphere. The shortest day of the year typically falls on Dec. 21 and marks the winter solstice. In between these seasonal markers are the spring and fall equinoxes which fall on March 21 and Sept. 21 respectively, when the sun is at a perfect middle point, bringing equal days and nights.

If we are to believe the ancient astronomical definitions, the seasons will remain the same as long as the sun still shines and the earth continues to revolve around its heat. The weather may not be the weather we remembered from our youth, but the seasons will still begin and end based on our position in the universe among all that is.

So there you have it. I say come on March 21, let’s get spring underway! Hopefully, the warm days continue and one day soon we’ll be able to feel the warmth of the sun on our faces.

Take care everyone, I’ll see you again next week.