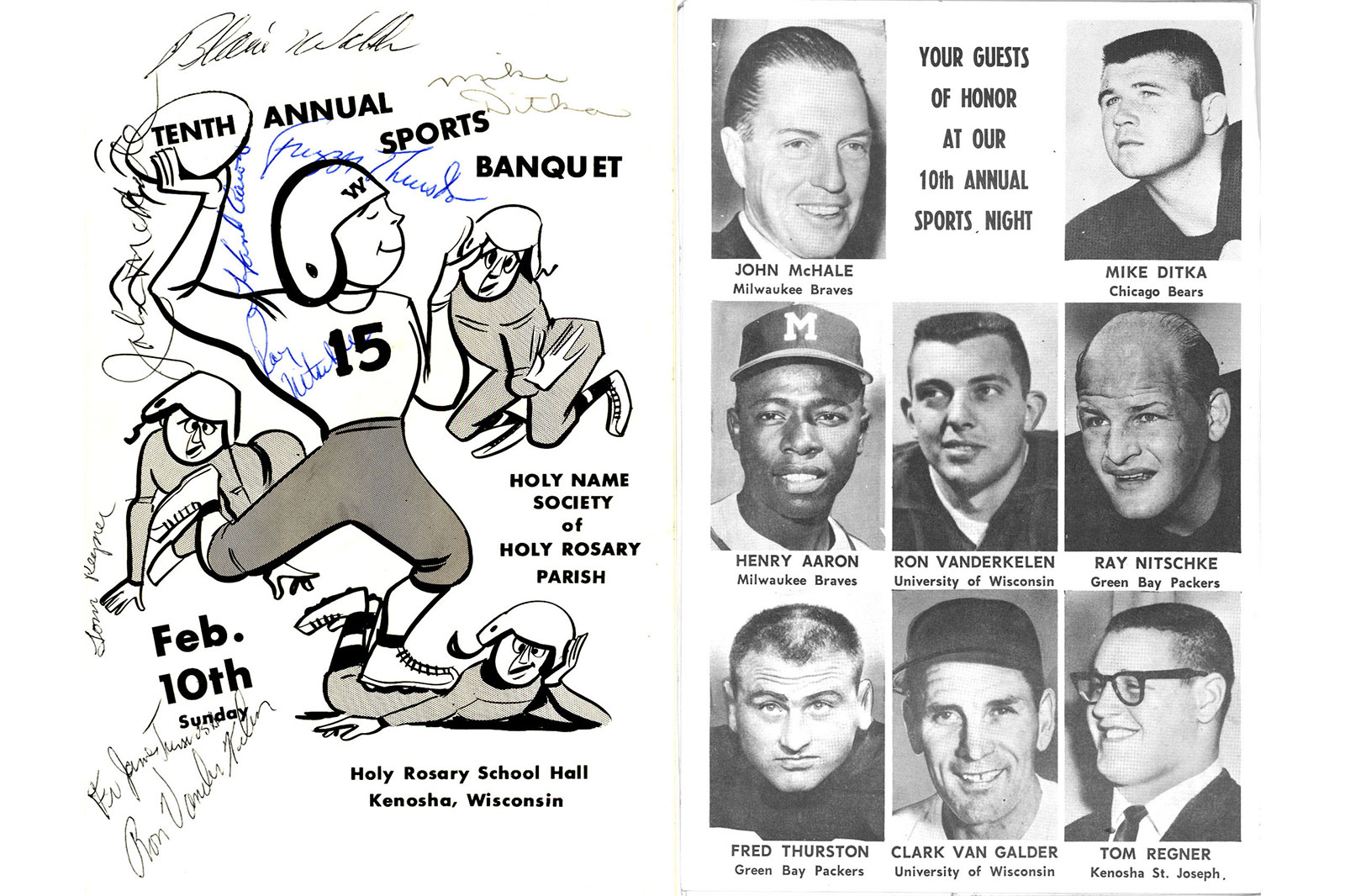 The celebrity guest list for the 10th annual Holy Rosary Sports Night on Feb. 10, 1963, was one for the ages.
History, Local, Sports

Hank Aaron, who died one year ago on Jan. 22, was one of eight celebrity guests at the star-studded 10th annual Holy Rosary Sports Night on Feb. 10, 1963.

The local tradition continues with the 69th annual Dinner of Champions on Sunday, Feb. 20 at the Corinne and Frank Petretti Gymnasium at Holy Rosary, 4400 22nd Ave.

St. Joseph seniors Andrew Alia and Martina Harrington were chosen as the event’s Outstanding Athletes of the Year and will be honored with the Alan Ameche Award and the Turco/De Simone Scholarship.

Shoreland Lutheran’s Sawyer Smith and Tremper’s Brooke Clements were last year’s recipients despite having the event cancelled due to the pandemic.