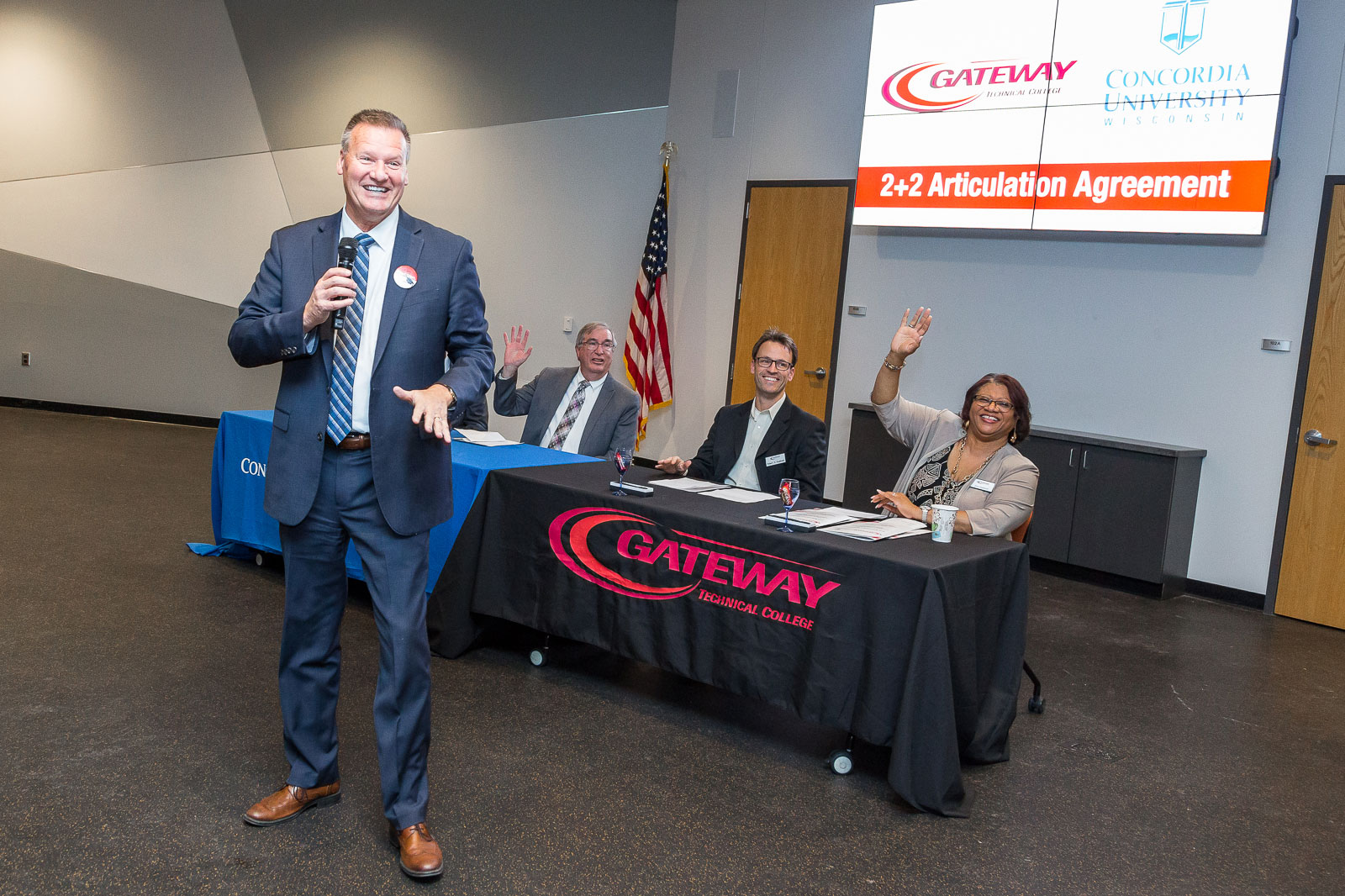 Gateway Technical College began in 1911 as America’s first publicly funded technical college, preparing students to achieve their academic and professional goals. Our hands-on training in over 70 programs of study prepares 21,000 students annually to enter new careers or advance their current ones. We value and serve students and communities in Kenosha, Racine and Walworth counties through a nationally recognized approach to career and technical education.

The announcement was made by the longtime educational leader during the Gateway Technical College Board of Trustees meeting held on the Kenosha Campus.

“Dr. Albrecht has been an inspirational leader for our entire community as well as the Wisconsin Technical College System,” said Gateway Board of Trustees Chairperson Scott Pierce. “Bryan’s vision and commitment to student success has transformed Gateway into a national model for technical education.”

Albrecht, 61, has served as president and CEO since 2006. Under his leadership, Gateway has grown its national standing as an innovative college for student success, learning strategies and workforce development.

“It has been an honor to serve the students, faculty and staff alongside the greater Gateway community. I leave with gratitude to all those who have enriched my life’s work and great confidence that, together, we have positioned Gateway for continued success,” said Albrecht.

The board of trustees will immediately begin a national search for the next leader of Gateway.

“Bryan always puts students first and has been a champion for creating affordable and equitable pathways for all students,” said Zaida Hernandez-Irisson, Gateway Board Trustee and alumni.

Albrecht leaves Gateway on a strong financial footing, confirmed by the college’s annual independent financial audit, as well a strong path to the future through a number of new initiatives such as a recent approval by the University of Wisconsin Board of Regents granting Gateway the ability to offer associate of arts and associate of science degrees. His work in higher education and workforce training has been recognized locally, regionally and nationally.

“At the end of the day, what I’ll miss most is that he really is a nice guy,” said Lee Colony, Gateway Manager of Communications and Media Relations. “He genuinely likes people.

“The two things that are great about Bryan is he’s a great collaborator and a visionary. He’s always thinking, ‘How can we make what we do better? How can we help students more? How can we connect them to businesses?’ He’s connected with so many people in the community. He’s a strong advocate for business, community and students.”

Albrecht has also received several professional accolades for his work, including being selected for the National Coalition of Certification Centers Founder’s Award and the Wisconsin Association for Career and Technical Education’s Lifetime Achievement Award.

In 2003, Albrecht joined Gateway as associate vice president for Advanced Technology, leading corporate partnerships and advanced technology strategies. In 2005, he was promoted to chief academic and operating officer and, in 2006, took the helm as president and chief executive officer.

He has had an exceptional 38-year career in education, serving as a teacher and coach for the Cornell and Kewaunee school districts.

In 1987, Albrecht began his administration career as a consultant for technology education at the Wisconsin Department of Public Instruction, eventually serving as a division administrator, leading career and technical education for the state. Highlights of his career at DPI include being named national director of the year by Washington-based Jobs for the Future and distinguished educator by the International Technology Education Association.

Jeffrey Zampanti of Kenosha.com contributed to this report.