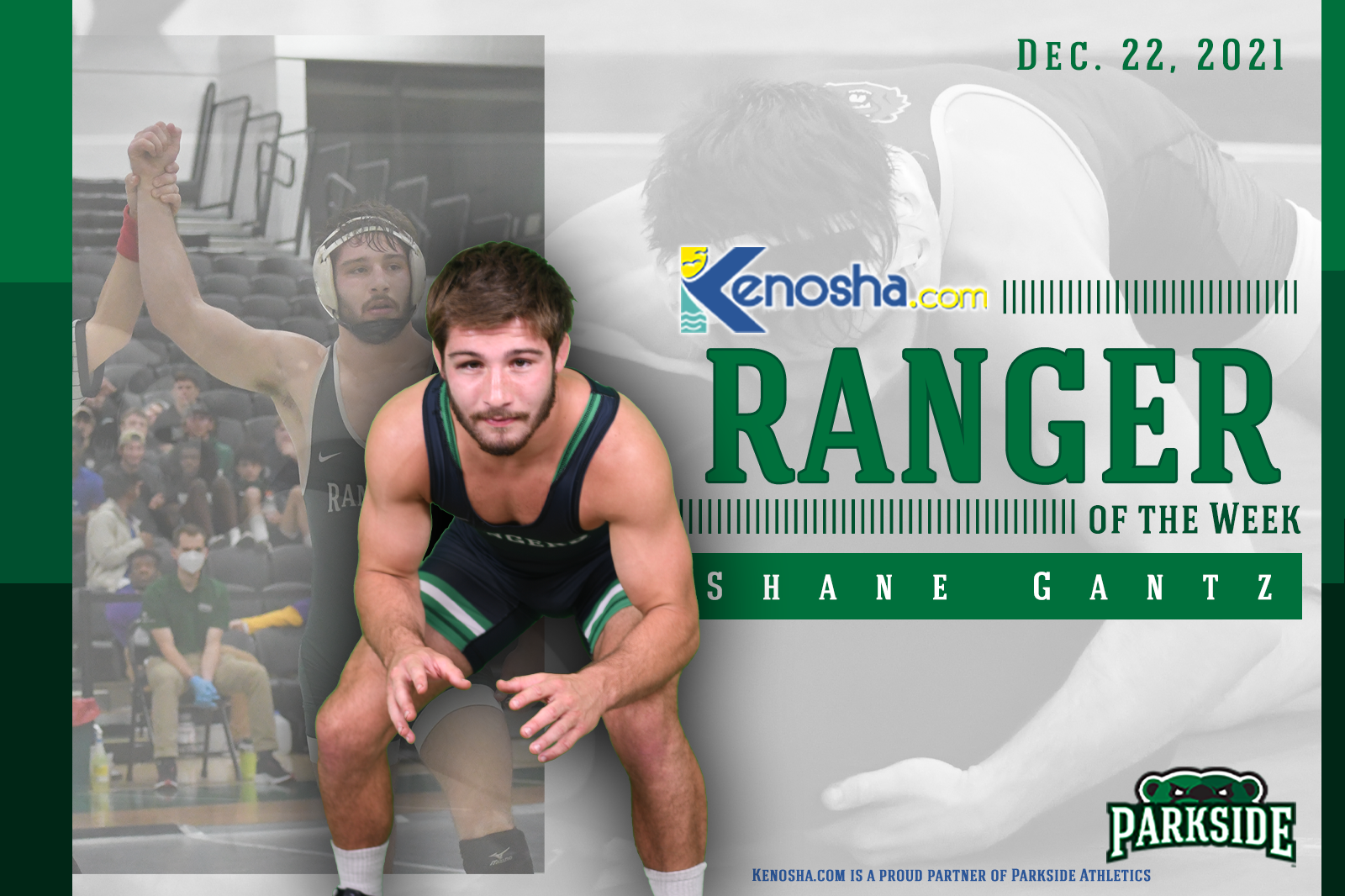 Four weeks ago when Parkside wrestler Shane Gantz won his first Kenosha.com Ranger of the Week award, we started his story with, “All Shane Gantz does is win.” Fast forward a month later and that phrase still holds true. Gantz is now 19-0 on the season and is coming off the 165-pound championship at the Midwest Classic over the weekend. For his efforts, Gantz is has been named the Kenosha.com Ranger of the Week for the second time!

Gantz, who is ranked No. 5 in the nation, earned a 6-3 decision over No. 9 Bryan LaVearn of Tiffin in the semifinals and beat No. 10 Hunter Mullin of Western Colorado in the quarterfinals. He was set to face No. 7 Corey Peterson of McKendree in the championship, but Peterson withdrew and Gantz earned a win by medical forfeit. Oddly enough, the last time Gantz won Kenosha.com Ranger of the Week, he was coming off a championship at the Findlay Open and won the first-place match via medical forfeit.

The Rangers, who are ranked No. 9 in the latest NWCA Coaches’ Poll, finished in fourth place with 88.5 points at the Midwest Classic. No. 1 Central Oklahoma took first place with No. 14 Indianapolis and No. 13 Adams State rounding out the top three. The 2021 field in Indianapolis featured 17 of the top 25 teams in the latest NWCA rankings. Other top finishers for the Rangers included Job Ayala (second at 174), Joe Arroyo (third at 125), Rodsean Graham (sixth at 197) and Reece Worachek (sixth at 184).

While rankings and records don’t mean much to Gantz, it is worth noting how impressive his start has been to the season. He’s now 19-0 with two pins, three technical falls and two major decisions. He’s 2-0 when going to sudden victory and 4-0 against ranked opponents. The last Parkside wrestler to finish a season unbeaten was current head coach Nick Becker in 2018.

To celebrate the year 2022, Parkside Athletics is offering the following exciting deals for the basketball doubleheader on Jan. 1, 2022. Head over to ParksideRangers.com/Tickets to get your tickets today!