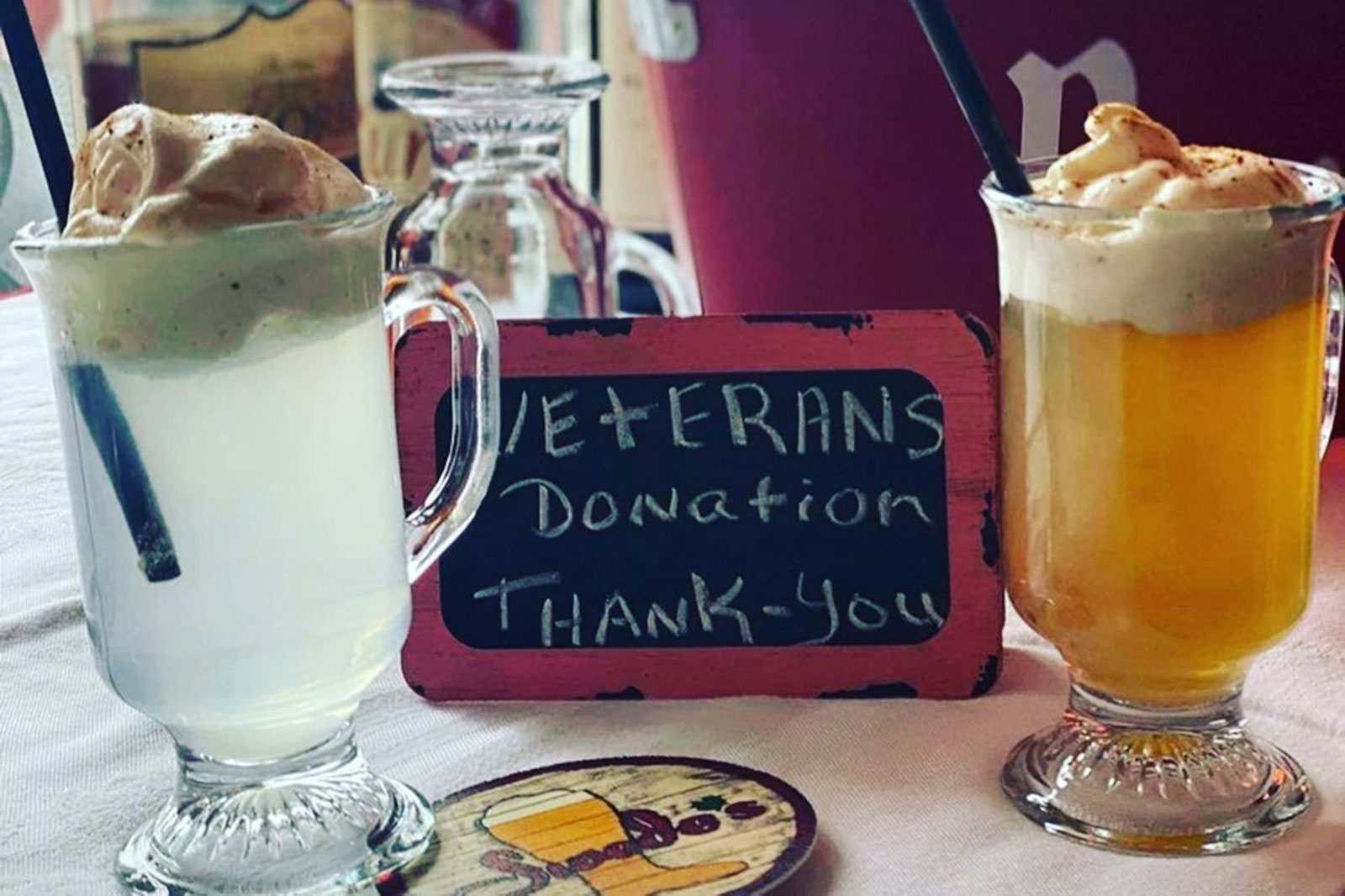 A Tom & Jerry is a warm, winter cocktail made with eggs and sugar, mixed with brandy, whiskey or rum and topped with a dash of nutmeg.
PHOTOS: SUBMITTED PHOTOS
Business, Local

Love others, support the community and behold traditions.

Swede’s is named after the late Eric Olson, affectionately known by his family and friends as the “Big Swede.”

Olson started the holiday tradition 20 years ago. The event continued on — just six days following his death on Dec. 18, 2016 — and has remained a local, family tradition.

Jon Olson Jr., Eric’s nephew and owner of Swede’s, had a close bond with his uncle Eric.

“He’s here with us in spirit,” Jon Olson Jr. said during an emotional 2016 event at tg’s Restaurant & Pub, 4120 Seventh Ave. “One of the main things he told us was to keep up with the traditions. That was very important to him.”

Tom & Jerry is a warm, winter cocktail made with eggs and sugar, mixed with brandy, whiskey or rum and topped with a dash of nutmeg.

The couple served the drink to carolers who visited their home on Christmas and passed on the recipe to their children and grandchildren.

The recipe and tradition lives on at Swede’s, which opened in 2017. The bar posted a tribute to Olson on its Facebook page on Saturday (Dec. 18).

“Five years ago today we lost the big guy, the inspiration behind Swede’s. (He was) the largest consumer of Korbel in world history, a great friend and uncle. We will continue to try and make you proud of your bar. Raise one up to the Big Swede today.”