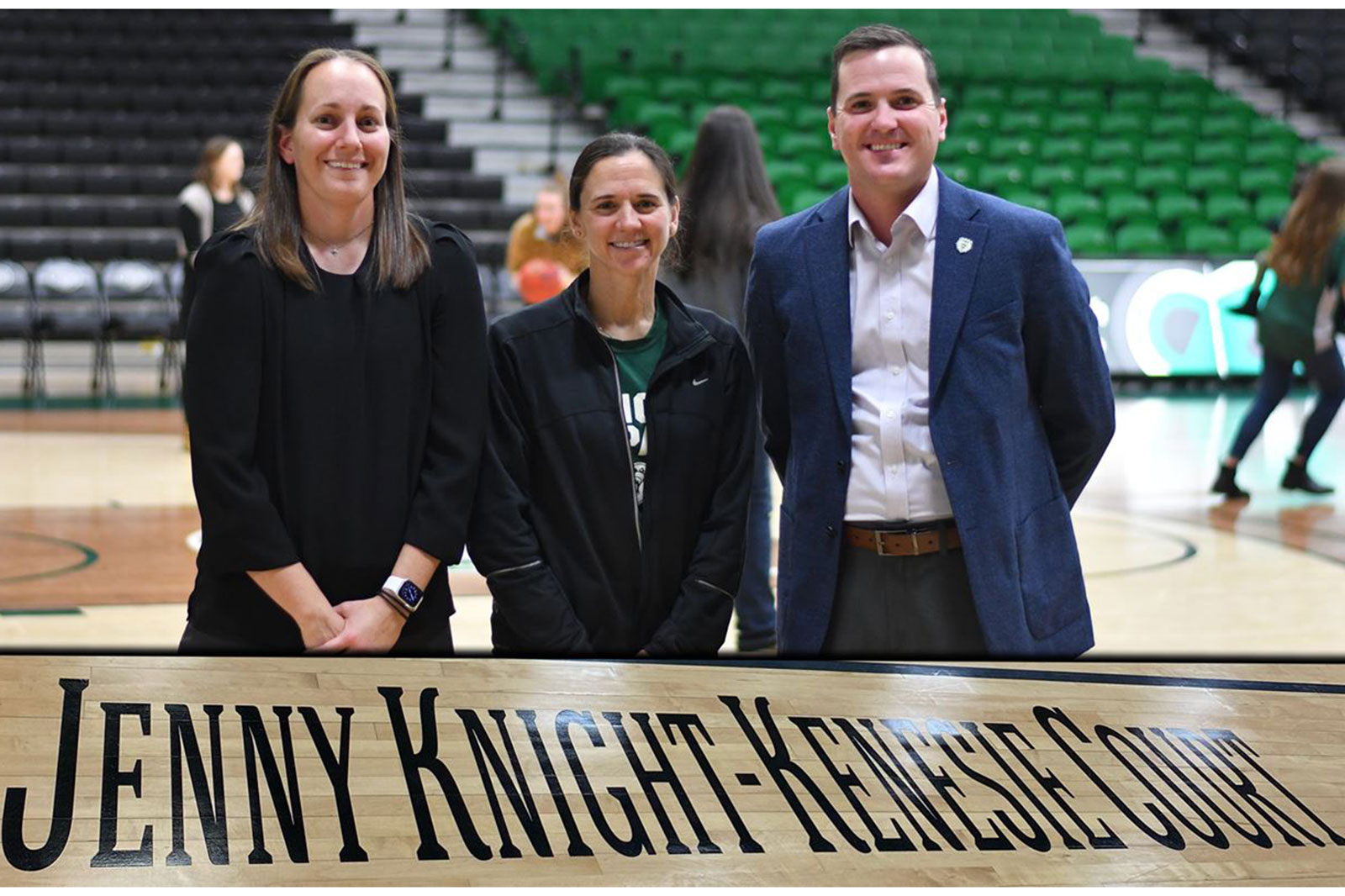 Kenoshan of the Week: Jenny Knight-Kenesie

At the end of a ceremony on Saturday (Dec. 11) to honor UW-Parkside women’s basketball’s 2011 and 2012 NCAA Sweet 16 teams, Director of Athletics Andrew Gavin surprised the attendees with the unveiling of Jenny Knight-Kenesie Court in Alfred and Bernice DeSimone Gymnasium.

Honoring the winningest coach in program history, Jenny Knight-Kenesie Court is the south practice court in the renovated facility.

“I’m still in shock, I don’t see this being something I would’ve ever thought about happening,” Knight-Kenesie said. “I’m so very honored, but it’s all about our student-athletes. They are the ones that brought in these amazing teams with their commitment and dedication, so I owe everything to them. It’s an incredible honor to have my name in this gym.”

A Kenosha native and St. Joseph graduate, Knight-Kenesie has been selected as the Kenosha.com Kenoshan of the Week.

“It was great to welcome back our alumnae this weekend to celebrate the 10th Anniversary of our Sweet Sixteen teams and honor Coach Jenny Knight-Kenesie,” Conely said. “Jenny created champions on and off the court; her commitment to excellence helped empower and shape the women in the program. She is such an inspiration and we are so thrilled to be able to honor the greatest coach in our program’s history.”

Knight-Kenesie led the program from 2002-13, amassing 195 victories in her 11 seasons as head coach. During that span, the Rangers advanced to five NCAA Tournaments, making consecutive runs to the Sweet 16 in 2011 and 2012. Knight-Kenesie was inducted in the Parkside Hall of Fame as part of the Class of 2018.

“It has been an important goal of our time at Parkside and specifically the RangerVision 2020 campaign to connect our present progress and future goals with the proud history of Parkside Athletics,” Gavin said.

“As we planned and executed the DeSimone enhancement, we were thrilled to honor Coach Knight-Kenesie with this well-deserved recognition of her success and leadership.”

DeSimone Gymnasium will be officially rededicated as Alfred and Bernice De Simone Arena on Tuesday (Dec. 14) in a ceremony at 5 p.m. For more information and to register to attend the event, please click here.

What they’re saying about Jenny Knight-Kenesie:

Kenosha.com contributed to this report.