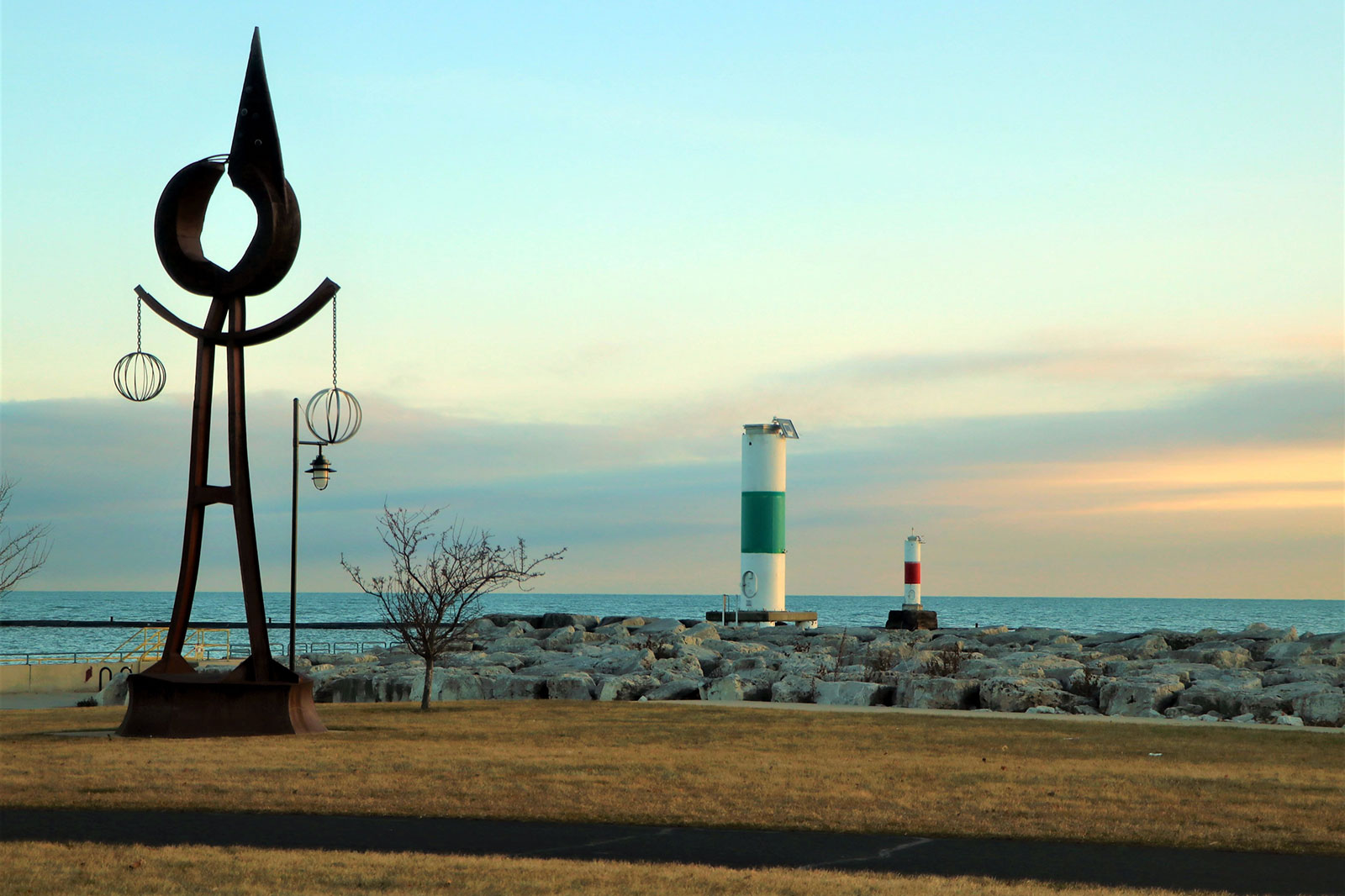 Hello, everyone! Welcome back to another edition of Capturing Kenosha.

It’s currently 3 a.m. on Dec. 13 as I sit here typing away at my latest column. The day before, I spent much of the day trying to come up with a topic for this week’s installment and drew a blank as I sorted out potential topics of interest in my head before discarding most of them as not worthy.

I thought that perhaps I would write an article about mistletoe because on our recent excursion to Georgia my wife and I saw the plant for the very first time in the wild. We discovered that it is a type of hemi parasitic plant. That means that it attaches itself to a host tree and derives its water and nutrients from the host without harming the host.

We noticed these plants because we saw many trees that had lost all of their leaves due to it being late fall, but they still had small patches of green foliage that appeared as a small bush in the canopy of the tree.

A friend of ours was the one who told us they were mistletoe plants. I was intrigued and decided to find some in Wisconsin to photograph to write a holiday story about the plant and its use during the holiday season.

Unfortunately, I discovered that there is very little wild mistletoe growing in Wisconsin as it is a plant that does not tolerate the cold very well. Here is a picture of that plant taken in Tennessee on our way south. I decided to scrub the mistletoe article and just say a little bit about it here.

So, the whole day was basically wasted thinking about potential topics.

I went to bed Sunday night after watching the Packers beat the Bears thinking how great it was that the Bears still couldn’t stand up to the Pack, but also thinking about my deadline that was quickly approaching. As I laid my head on the pillow, I continued to think about the article but fell asleep because I used a lot of energy during the game.

I woke up around 2 a.m. and I looked at my phone and the comments from my Facebook posts of the previous day. Everyone knows that I love to share the love with a heart emoji when I receive positive comments about my posts.

Well, as I did this, I found a comment from Loretta Chaloner Garrett who had previously asked about the pictures I took of what I call the “Sun Goddess.” It’s actually an art installation called “On Balance” by Paul Bobrowitz of Colgate that stands on the east end of Harbor Park.

It’s part of the Harbor Park Sculpture Walk here in our city. Loretta wanted to know what the sculpture represented. I replied to her last week that it was just an art installation in our hometown. I guess my explanation wasn’t what she was looking for, though.

She responded to my answer with, “Darn, I figured that it was an art installation. I just wondered if you had any idea what it represented.”

I suppose I could see her disappointment in my vague answer from the previous week, so I elaborated in my response to her.

I actually put some thought into it this time and responded with the following: “I believe it represents me and everyone else who wakes up and goes down to the lakeshore to see if the sunrise is going to be as awesome as it was the last time we saw it. I think the spherical globes it holds are the sun and the moon, the two most sought after objects that draw most of us down to the lakeshore.”

I also told her: “It’s my favorite sculpture of the last 60 years because it has meaning to me. I believe it represents my hometown and our reverence for the natural powers of the universe. It has a sort of sundial atop of its head which I think represents the passing of time and the movement of the sun and moon on the horizon as the earth continues its journey through time and space. I’m sure everyone who views it sees something different in its form but that’s the reason we were given the ability to think and reason, so we can each come to our own conclusions as to its meaning. Art is meant to ignite our intellectual abilities and make us use our imaginations to conjure up meaning. There is no real answer to your question, only my interpretation of the statues form.”

Loretta, at that moment, had become my inspiration for this week’s installment of Capturing Kenosha.

Recently, I read that Kenosha’s art installations were going to be changed in 2022. This news caused me a bit of anguish. I don’t really have a lot of attachment to most of the statuary along the Harbor Park Sculpture Walk, but I do feel a sense of attachment to the “On Balance” sculpture.

I believe that if the City of Kenosha allows this statue to be replaced, we will be giving up a bit of our identity. I think the sculpture has become a symbol that represents the beauty of the Kenosha lakefront much like the recognition the untitled Picasso in Daley Center gives to the city of Chicago.

Kenosha is a town of great potential, a town that needs an improved identity, a town that should be more to the outside world than just a city that shows up in the national news for nefarious reasons.

I would hope that the “On Balance” sculpture could be moved to a prominent location — perhaps the end of Kennedy Drive where many people go to see the sunrise.

I’m not sure if others in our community can understand the connection I feel between our city’s identity and the statue, but I’m hoping that by writing about this sculpture it can be saved and retained as a symbol of our hometown.

We have the potential together to make Kenosha a place where families would want to visit on their vacation. I believe a more defined identity is one of the things that would draw them here.

So, If you’re out there thinking that you agree with my sentiments, please work together to bring about positive change to our community. Thank you for your time and I will see you again next week with another edition of Capturing Kenosha.

For more information about sponsoring a sculpture, email artsfund@kenoshafoundation.org or call 262-654-2412.