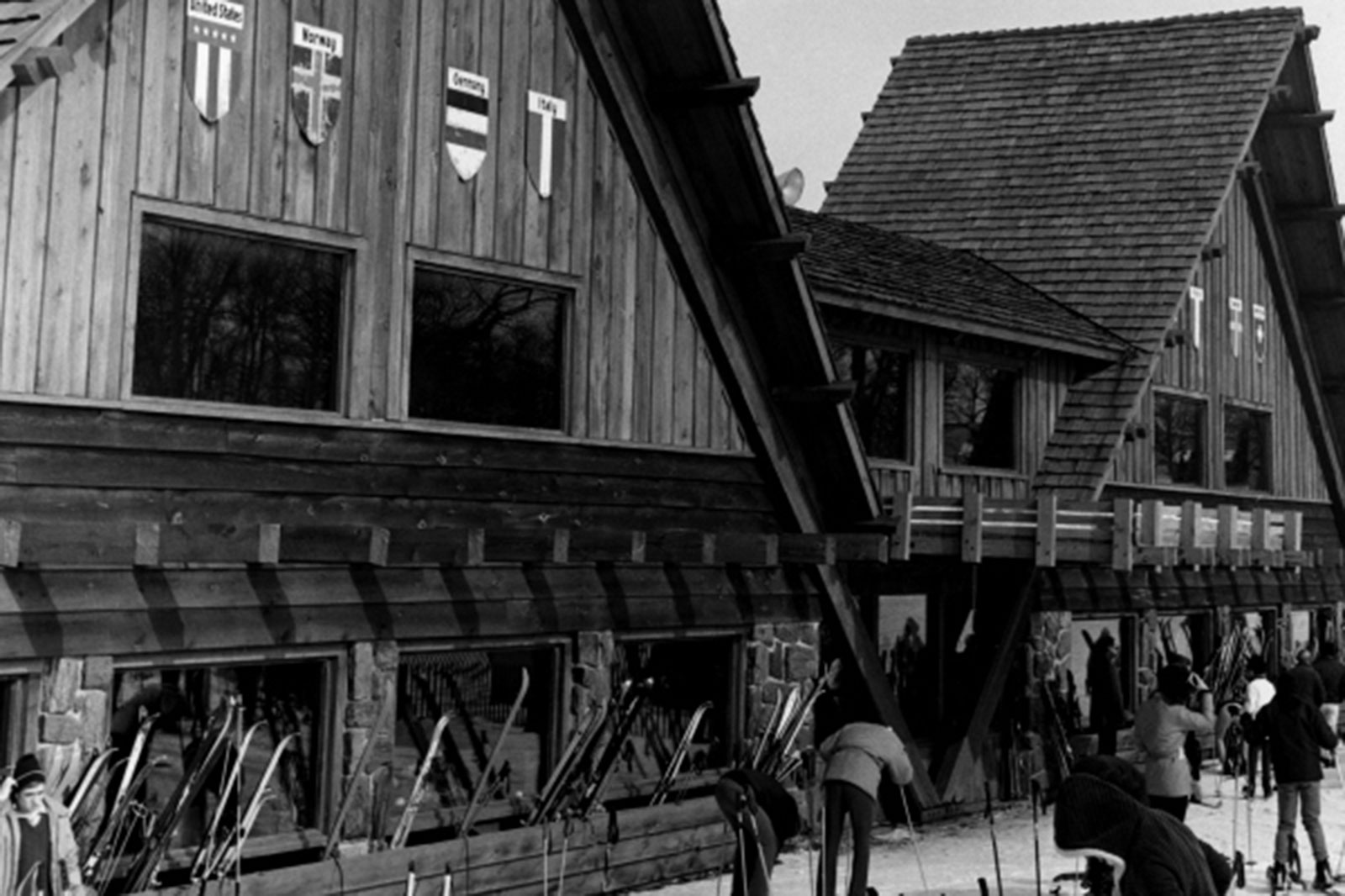 The Majestic Hills ski lodge (circa 1965).
PHOTO: THE GRUNOW FAMILY/AT THE LAKE MAGAZINE
Beyond The City, History, Music

Popular outdoor music venue was only 21 miles from Kenosha

Long before Alpine Valley opened in 1977, one of the best-known outdoor music venues in the Midwest was 21 miles away from Kenosha on the southern shore of Geneva Lake. Prior to 1977, the Majestic Hills Bandstand, also known as the Majestic Hills Music Theatre, was Walworth County’s first big-time outdoor concert facility.

Majestic Hills, located east of Fontana Beach, west of Black Point and just north of the town of Linn, had unlikely beginnings. The movement of survivors away from the devastation of the Great Chicago Fire of 1871, along with expansion of railroad lines from the city, led to a growth surge near Geneva Lake. Not long after the fire, Arthur Kaye purchased 300 acres of land, most of which was once a Potawatomi camp, and opened Kaye’s Park Resort in 1873.

Over the next few years, the resort became a retreat for the wealthy, with an Italianate dining hall, a racetrack and horse stables and a museum of curios, along with a dairy and vegetable gardens. Activities at the resort included boating, fishing, horseback riding, billiards and moonlight yacht rides.

In the 1890s, as plush and modern hotels began to open in the area, the Kaye’s Park guest list began to dwindle. The resort closed in 1900, and the property was sold off in parcels. In 1911, one such parcel became the Northwestern Military and Naval Academy, a facility which operated until 1996.

In the 1920s, William C. Grunow Sr., owner of the Majestic Radio Company, bought a large chunk of land, largely from Kaye’s Park Resort, and founded the Val-Lo-Wil Chicken Farm. Val-Lo-Wil raised millions of birds over the years and became one of the world’s largest suppliers of fresh and rotisserie chickens. Val-Lo-Will also operated a chain of stores that sold its chicken products.

In the farm’s heyday, workers, including German prisoners of war from World War II, were bussed in from as far away as Rockford, Ill.

The chicken business eventually went under. Grunow plowed up the farm, constructed a ski hill and opened Majestic Hills in 1957.

The ski facility was tucked in between South Lake Shore Drive and Walworth County Road B, adjacent to Jerry’s Majestic Marine, which remains in business. The main chicken coop was converted into a ski lodge that was equipped with a large fireplace, a bar and restaurant.

In its early years, the lodge offered music on a year-round basis. Grunow’s son, William “Billy” Grunow Jr., a Lake Geneva music promoter and band manager, eventually got the idea of converting an oversized, metal boat-storage building into a music venue. The conversion was completed sometime in early-1968, and the Majestic Bandstand was open for business.

This was not the Playboy Club, with its extravagant ballroom northeast of the lake.

The Majestic Bandstand was partially open air, since half of the side walls were missing. The venue was only used during summer and early fall months. Steel support trusses ran the length of the building. The stage was wide enough for three bands to set up, usually two supporting acts flanking the headliner, which reduced the amount of time between sets. There was also a tree growing through the stage. Capacity was several thousand with no seats and everyone standing.

Shows took place on Wednesday, Friday and Saturday nights, with the latter usually set aside for major shows. Typically, there were three bands a night, with an area group playing first, followed by a regional band and then the headliner. Regional bands like the Buckinghams and REO Speedwagon were regular performers, and the top-billed bands usually stayed at the Abbey Resort in Fontana.

In the words of one Lake Geneva resident who remembers, Majestic Hills was “the place to go” in its rock and roll heyday.

According to Steve Dangerfield, a mechanic at the adjacent Jerry’s Majestic Marina, “It pre-dated Alpine Valley as the music place.”

The sound would easily carry across Geneva Lake. Stories abound, like Iron Butterfly demanding $20,000 to play, which infuriated Billy Grunow.

Keith Rosenquist, a technician at the marina, recalls, “Iron Butterfly played for like, 45 minutes, one long song and left. Guess which song? It’s the only one they’re known for — In-A-Gadda-Da-Vida.”

Unfortunately, no complete list exists of Majestic Hills performers. Whatever internal records did exist were destroyed when the lodge burned up in 1988. What follows below is a feeble attempt to re-create a list of performers.

Music at the Majestic Bandstand was discontinued in the mid-1970s.

The lodge burned down in the early morning hours of March 7, 1988, and the ski facility never re-opened. Even without the fire, Majestic Hills was facing serious competition. Alpine Valley, in nearby Elkhorn, opened in 1977 with its own ski hill, along with a concert facility that could accommodate 37,000 people, some in a permanent pavilion and the rest on a surrounding grass hill.

Other ski competition came from the former Playboy Club, then known as the Americana Club, as well as the Wilmot Mountain Ski Resort in Kenosha County.

While the sale price is not known, the property had a fair-market value of $438,000 at the time of sale. Majestic Hills, Inc., has not announced any plans for the property. A residential community of high-end homes is adjacent to the parcel, along with the ongoing Jerry’s Majestic Marine.

For the moment, there are a few remnants of Majestic Hills, although the property is fenced off and locked.

The building that contained the bandstand reportedly remains on the escarpment. The remains of the lodge’s fireplace are also reportedly still on the site, along with a navigation tower.