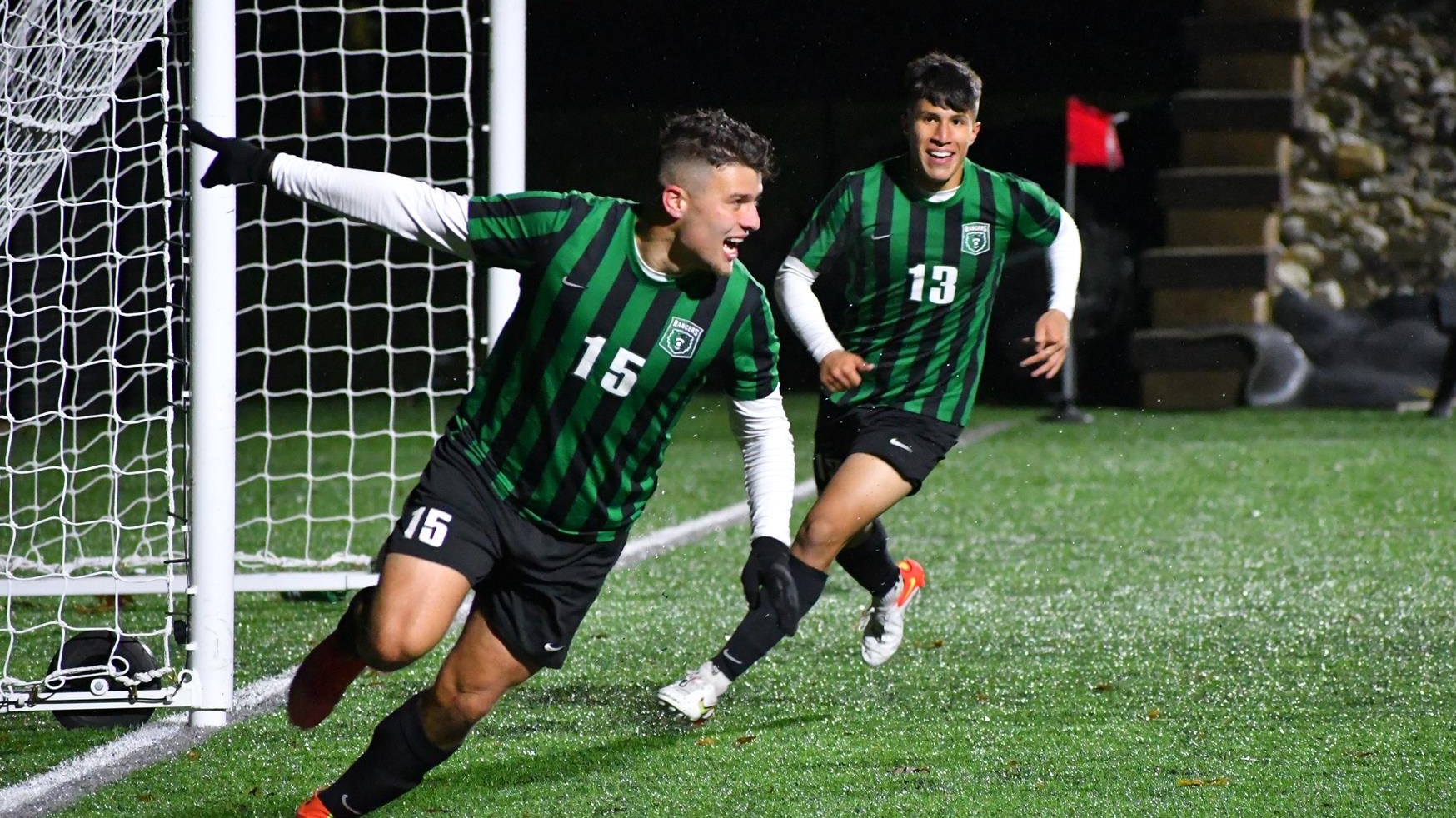 Rade Novakovich (left) is only the second athlete in University of Wisconsin-Parkside history to be named a National Player of the Year. Former Parkside wrestler and current Parkside wrestling coach Nick Becker won the award in 2017 and 2018.
PHOTOS: SUBMITTED PHOTOS
Education, Local, Sports

Novakovich is only the second athlete in University of Wisconsin-Parkside history to be named a National Player of the Year. Former Parkside wrestler and current Parkside wrestling coach Nick Becker won the award in 2017 and 2018.

“What a tremendous honor.” said Parkside Men’s Soccer Coach Jason Zitzke, “It is a culmination of years of hard work and passion for the game. Rade started as a youth player at United Serbians, SC Waukesha, and Chicago Magic Academy. He was pushed by Rob Harrington and Jimmy Banks at MSOE. This season he had a tremendous amount of confidence and chemistry with all of his teammates who helped cultivate one of the best offenses we have had in recent seasons. Congrats!”

Novakovich, a junior, led the nation with 24 goals this season. The Muskego native also finished tops in points (58), goals per game (1.14), points per game (2.76), and game winning goals (7). He also led the Great Lakes Intercollegiate Athletics Conference (GLIAC) in shots on goal per game with an average of 2.05.

Novakovich was named to the All-America First Team, while teammate Max Ludwig was named All-America Second Team. Ludwig, a senior from Stuttgart, Germany, led the  GLIAC in assists (13), shot accuracy (0.512) and was second in points with 31, only trailing Novakovich.