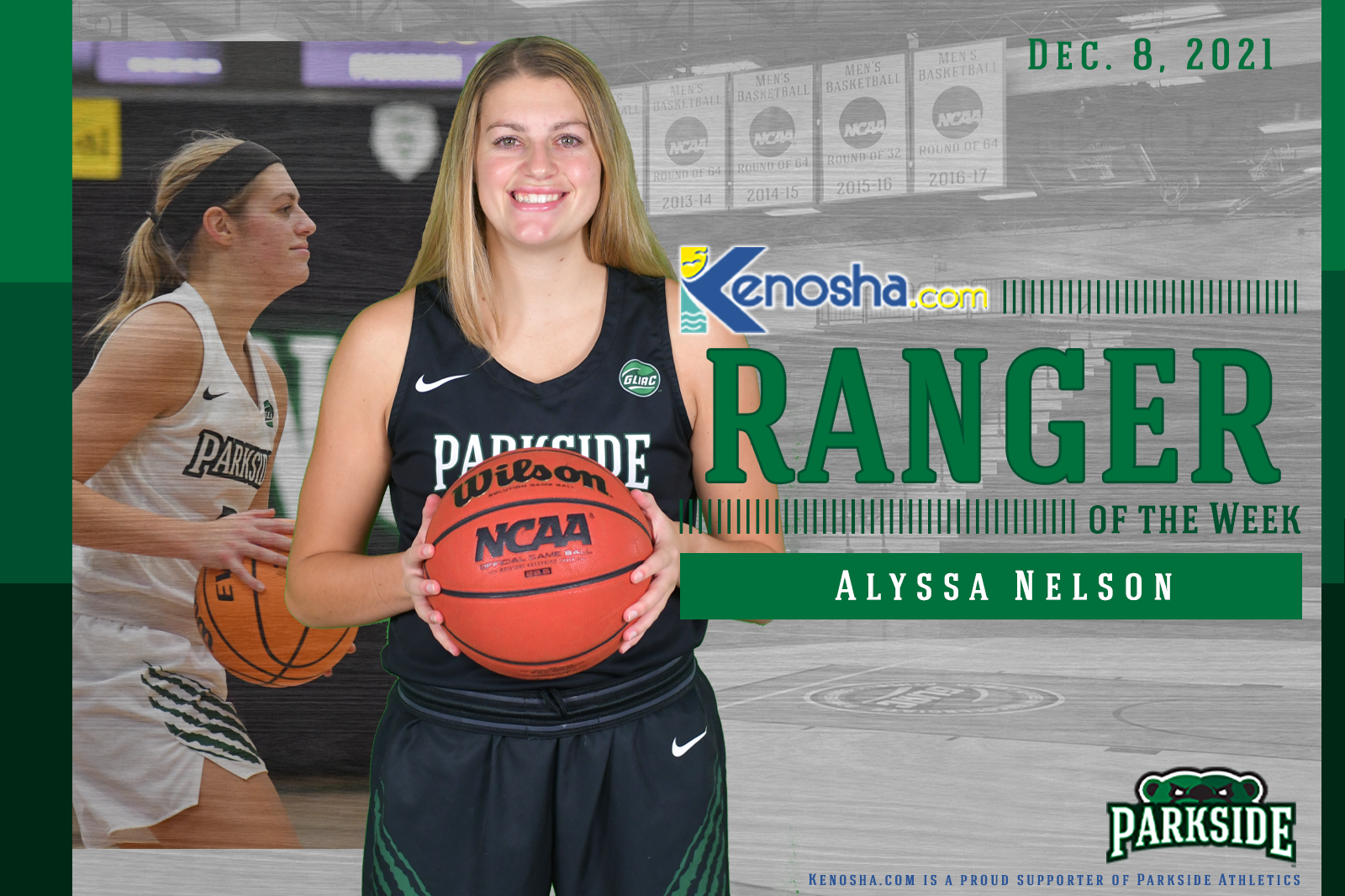 Ranger of the Week: Alyssa Nelson

The Parkside women’s basketball team is filled with newcomers in the 2021-22 season. With five new faces joining the program, the Rangers looked for an upperclassman to step up and lead the team. Competing in their first Great Lakes Intercollegiate Athletic Conference games over the weekend, they found that leader in senior guard Alyssa Nelson, who tallied a season-high 31 points vs. Ferris State, to become this week’s Kenosha.com Ranger of the Week.

Nelson followed in her siblings’ footsteps when she started playing basketball at a young age. Although she played other sports growing up, basketball was always her passion, and she later became the only member of her family to play basketball at the collegiate level.

Nelson’s favorite Parkside memory was when the Rangers defeated second-seeded Grand Valley State in overtime in the second round of the GLIAC Tournament last season.

“When we beat them in the regular season, everyone thought it was a fluke.” Nelson said. “When we did it again in the playoffs, it showed people that we could truly compete with the rest of the conference.”

On Nov. 18, Nelson became the 19th player in program history to join the 1,000-point club. Going into the game against Minnesota-Duluth, she needed six points to reach the milestone. Nelson knew how close she was as she took the court, but she said it was not on her mind during the game. She scored her 1,000th point in the second half on a layup. Parkside Athletics recognized her accomplishment on its new video boards at the next timeout.

Nelson is currently finishing her degree in finance. She is considering trying to play professional basketball overseas after her collegiate career is over. If she decides to end her basketball career after college, she plans to begin a career in finance.

For more information regarding Parkside women’s basketball, as well as the rest of their athletics programs, visit parksiderangers.com.

Due to unforeseen circumstances, Parkside Athletics has rescheduled the Alfred and Bernice De Simone Gymnasium Arena Rededication event for Tuesday, Dec. 14. The schedule of events, which is open to the public, will begin at 4:30 p.m.

The Alfred and Bernice De Simone Gymnasium Arena Rededication will mark the official grand opening of the facility that has been transformed as part of RangerVision 2020. Check-in and networking will begin at 4:30 p.m., with the official program set to start at 5 p.m. Tours of the Sports & Activity Center will be offered to all attendees during the social, and the evening will culminate with Parkside men’s basketball hosting Clarke at 7 p.m. For more information or to RSVP to the event, click HERE.