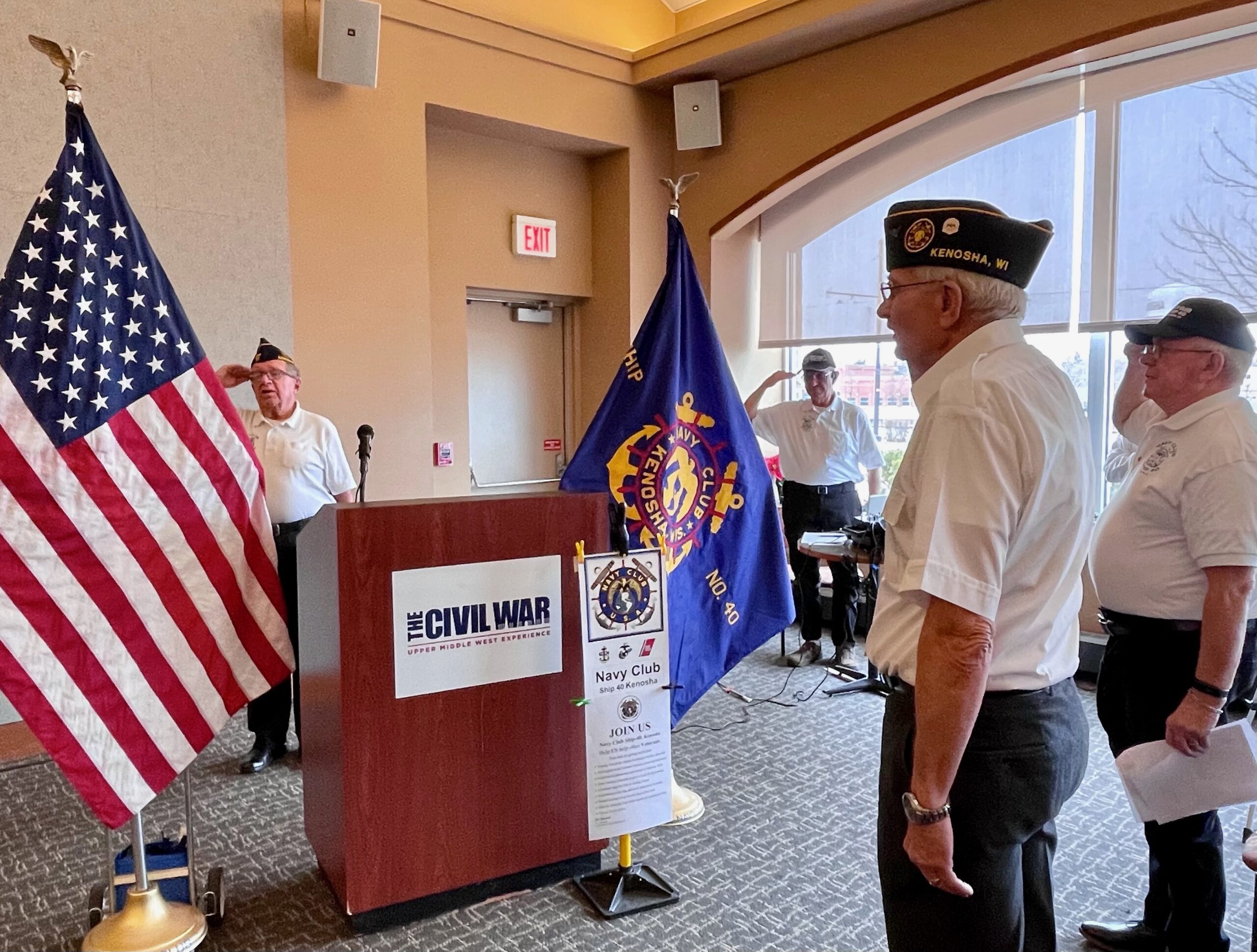 “People care, they really do”: Kenoshans gather to remember 1941 attack on Pearl Harbor

Instead of documenting the event, Jensen delivered it.

Elected officials, dignitaries and local residents paid tribute to more than 2,400 United States sailors, soldiers and civilians who died when Japan attacked the U.S. naval base on Dec. 7, 1941, at Pearl Harbor, Hawaii.

Jensen said it was touching to see so many people in attendance for the 80th anniversary of one of the most memorable events in American history.

“People care, they really do,” Jensen said. “This meant a lot to us.”

U.S. Navy Club of Kenosha-Ship 40 conducted the annual ceremony for many years at chilly Navy Memorial Park, located at 52nd Street and Sixth Avenue, before club officials opted to move the ceremony to the climate-controlled environment of the Civil War Museum.

The park’s brick monument honors over 50 Wisconsin veterans who died at Pearl Harbor, including Kenosha’s Paul Herrick. The 19-year-old Kenosha High School graduate was a private in the U.S. Marine Corps and one of 1,177 who died aboard the USS Arizona.

“This day was a very important one for the United States,” said Bill Ennis, U.S. Navy Club of Kenosha-Ship 40 Master-at-Arms. “We were attacked and overcame it. It’s important to remember that it can happen.”

Jensen delivered the presentation, which was directed for many years by senior executive officer Dick Stader.

“I’ve never had a chance to do what I did today,” Jensen said. “This event brings everyone together and means so much to the veterans. It allows them the opportunity to tell their stories to others.”