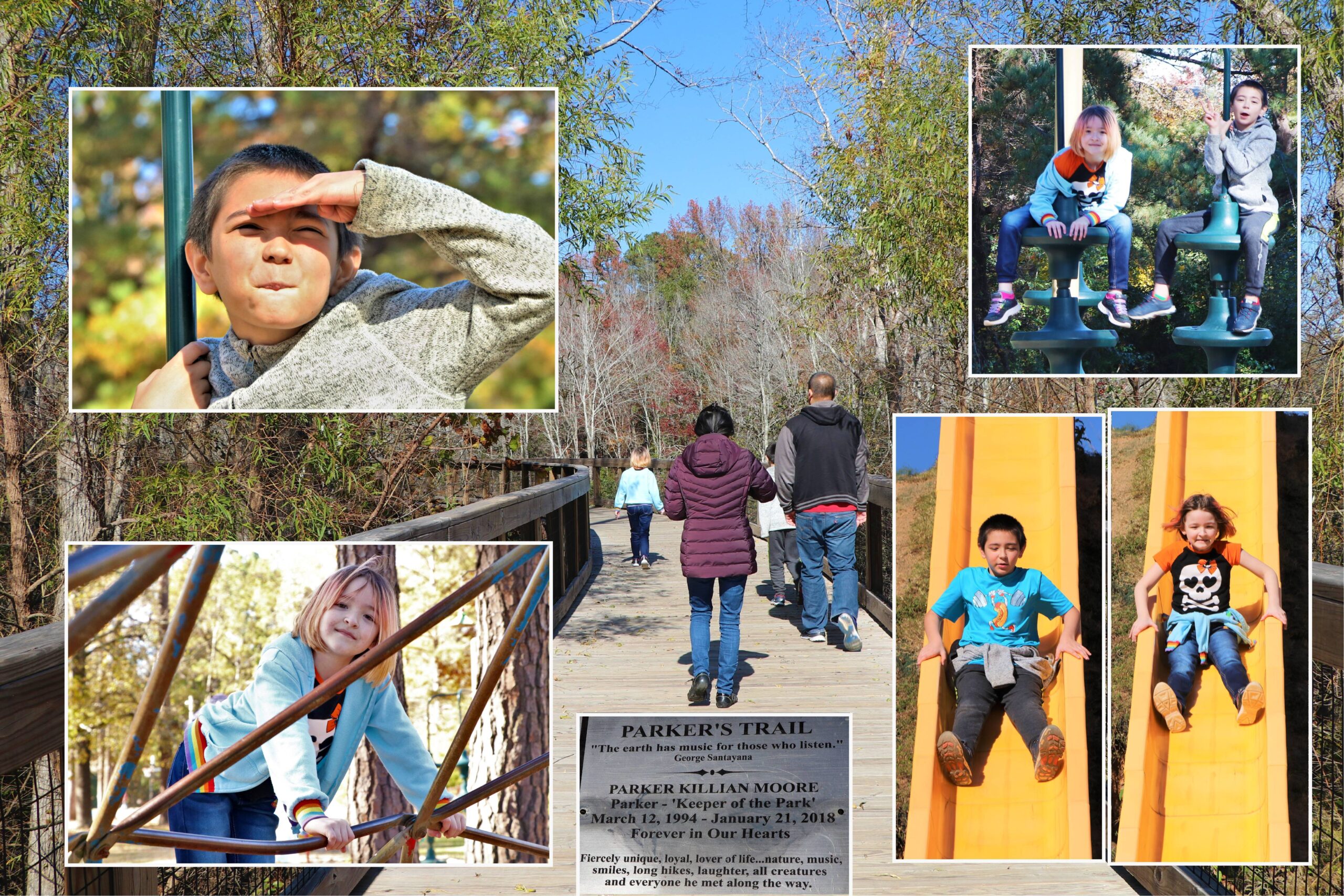 Enjoying some time with the grandkids -- and the back roads journey to and from Georgia.
PHOTOS: THOMAS CORRAO
Style + Beauty, Travel

Taking the back roads to see interesting places, historical sites, and the grandkids 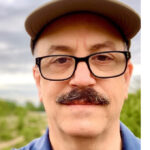 So, if you follow me on Facebook, or read my weekly column on Kenosha.com, you’ve probably been wondering where I disappeared to last week. I wasn’t posting pictures of the sunrise and there was no story for my column on Kenosha.com. Well, my wife and I decided to set off on a trip to see our grandchildren, who we hadn’t seen since pre-pandemic 2019.

The pandemic, politics, and civil unrest have been hell over the last couple years, and to tell the truth I really needed to get away for a reset to get my mind straight. I decided with my newly found retirement freedom, an effort needed to be made to make up for lost time. So two days after our official retirement date I packed up the Jeep, and we were on our way to Georgia.

It was an unplanned road trip and the beginning of another life adventure. Along the way we decided to take the road less traveled and avoided many of the long legs of interstate travel by setting our Google Maps app to take us along the back highways and back roads. As a result, we were able to see many things we would have missed at 70 miles per hour.

When I was a younger man I was in the United States Air Force, and from 1987 to 1989 I was stationed at Grissom Air Force Base in Peru, Indiana. I’ve known for some time now the base was closed and made an Air National Guard base in 1991. I’d heard the old base housing where we lived was now being rented to the local community, so we set the location in Google and made it a side jaunt on our trip.

The entrance to the area now hosts an aircraft museum with a nominal entrance fee. We drove up the road where there used to be a guard shack to enter the base. It is completely gone now, so we kept driving and went back into the base housing area, where we were able to locate both of the houses we lived in in the late ‘80s.

In general the place looked run down, and there was a lot of junk around the housing that would have never been permitted when the base was still operational. It was good to feed our curiosity but a little sad to see how things had changed. I guess everything changes, and we were happy to know the facilities were not being wasted and were beneficial to the local community.

Driving south from the Peru area we passed through Amish country, and we saw some Amish out with their buggies. We stopped in an Amish store and deli and gathered a few items to go with our lunch and continued on back roads through Indiana, Kentucky, and into Tennessee, where we stayed on the outskirts of Nashville.

We stopped several times to get out and stretch our legs and take in the natural beauty of the countryside. Taking back roads takes time, and rest areas are welcome sights. Many of them offer wonderful views, picnic areas, and bathroom facilities.

In Nashville, we stayed at a Hampton Inn and Suites that was exceptionally nice. The bed felt so comfortable after a long day of traveling it didn’t take long for me to fall asleep.

The next morning, I woke up with immense anticipation for breakfast because we were going to eat at one of my favorite places in the country. Loveless Café is located southwest of Nashville. In my humble opinion, it is one of the top breakfast cafés in the country for a southern country breakfast.

They are known for their Biscuits and pulled pork, smoked on the premises. We visited this café before in 2015 and knew we were in for a real treat. (I included a picture of our breakfasts.) I would recommend this place to anyone who wants a true country breakfast experience while visiting the Nashville area. It also serves as a gathering place, with an event barn and stores on the premises. You can even play a game of cornhole!

To the grandkids’ house

After breakfast, it was back on the road once more. I originally set Google Maps to take us the fastest route, and we traveled on a few major roadways until we were just outside of Chattanooga, Tennessee, and hit a traffic jam.

Google indicated there were accidents up ahead and recommended a reroute which I accepted. Little did I know at the time this reroute would take us west into Alabama before shooting us south again towards Georgia. It extended our trip time by an hour, but it was still faster than if we would have stuck to the original route.

It turned out to be a blessing in disguise, though, because it routed us through the mountains of northeastern Georgia, which were some of the most beautiful scenery we saw on our trip. We took the country roads directly into Atlanta and then continued south to Warner Robins Air Force Base, where my son is stationed in the Air Force. We arrived just after sunset and were able to meet on the base before the kids’ bedtime.

We spent the entire weekend with our wonderful grandkids and had quite the time. I knew the kids had school on Monday and I had to be back for an appointment in a couple of days, so we hit the weekend with the intention of making as many memories as possible in such a short time. Turns out my grandkids have both shot up about 10 to 12 inches since we saw them last, and it was like meeting them for the first time all over again.

We went to several parks in the area, and I found out my grandkids both like to hike like we do, so we also hit some short trails in the area where we could get out and enjoy the great outdoors. The weekend flew by, and on Sunday night we said our goodbyes, with promises to come back as soon as we could make it back.

We left around 8 a.m. on Monday to begin our homeward journey. We still had a few days until I had to be back, so we planned a few stops along the way.

Georgia was an interesting state, and we saw many pecan groves, peach orchards, and cotton fields along our backroads route. I had never seen harvested cotton before, but along the way we saw many rolls of it as we made our way through the cotton farms. I’ve included a picture of cotton both on the plant ready to harvest and in the rolls after harvesting.

After driving about two hours we arrived at our first planned stop of the return trip: Andersonville, Georgia. This is the place during the Civil War where northern prisoners of war were sent for detention in a huge stockade. The site is now a national historic site and also the site of the National POW Museum, which is part of the National Parks system. I took quite a few pictures of this place and plan to do a future article on it for Memorial Day in 2022.

What I found most interesting about this site was that it was only in existence from February 1864 to April 1865 yet housed 45,000 Union soldiers. More than 13,000 soldiers died within its walls, 378 from Wisconsin. This is a picture of the monument erected by the State of Wisconsin in honor of those who perished. This was a moving place to visit, and seeing it in person made it feel real even though it occurred 157 years ago. I was moved by the grandeur of the monument.

After our visit to Andersonville, we proceeded to our next destination: Huntsville, Alabama, where we visited with a friend of 40 years. Huntsville was nice, and that is where I took pictures of the sunset at Ditto Landing on the Tennessee River.

On our final travel day, we headed a bit west of Huntsville before heading north towards home. We did this so we could visit Ivy Green, the childhood home of Helen Keller.

We arrived shortly after they opened for the day and took a guided tour of the house and grounds. It was an amazing place, as all of the things there were the actual belongings of Helen, her parents, and her brother.

When we travel we sort of put ourselves in a historical search for the past, and that resulted in finding places like Helen Keller’s childhood home and Andersonville. It’s good to learn things you didn’t know and have experiences to help you learn them. Anyone can learn from a book, but the truth is better in person, and it’s a lot more impressive.

After visiting the Keller house we headed north with no other plan than to find a place called Santa Claus, Indiana. We arrived there at dusk and found there was very little time before the shops would be closing for the evening. We decided to hit up the toy store and then continue on towards Kenosha. It ended up being the longest day of our adventure, as we drove from 7:30 a.m. to 11:45 p.m.

It felt good to be home, though, and we were happy we could fit these adventures in during the pandemic. I found the only place we found anyone being rude was in the city and most of them were in their cars. Taking the back roads was an interesting way to travel, and it was the best way to find the nice people out there.

I hope you don’t mind that I wrote about this adventure this week instead of my usual nature-themed articles. I’ll get back to the business at hand this week with an article about our native Kenosha woodpecker population.
Have a nice day everyone. and thanks for taking time out of your busy lives to read my column. I hope you’ll check me out on Facebook as well. Bye for now! 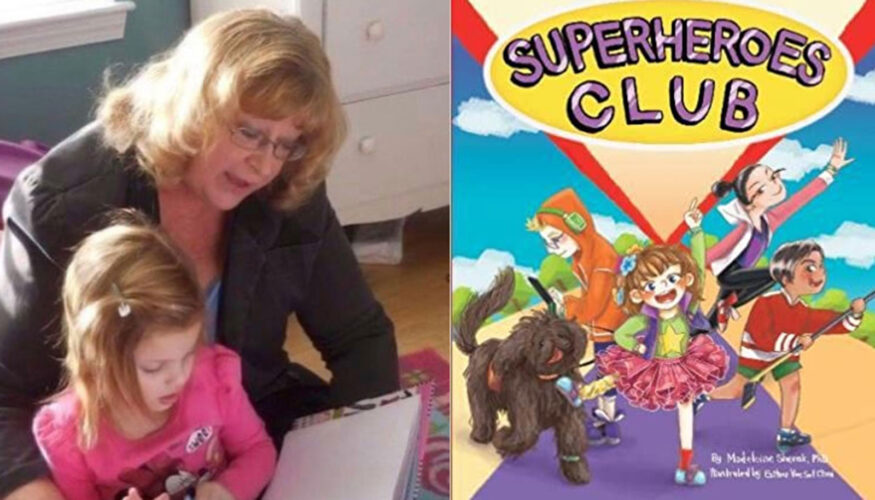 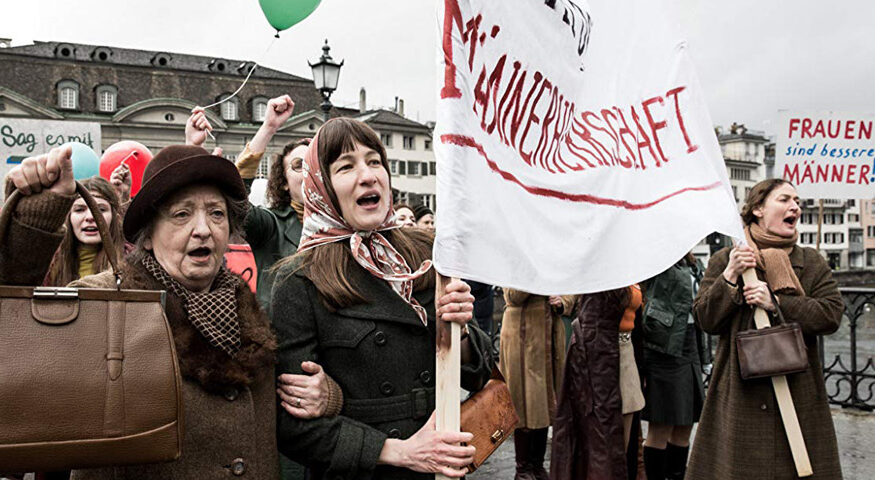 Series, celebrating its 40th anniversary, has brought more than 500 films to campus 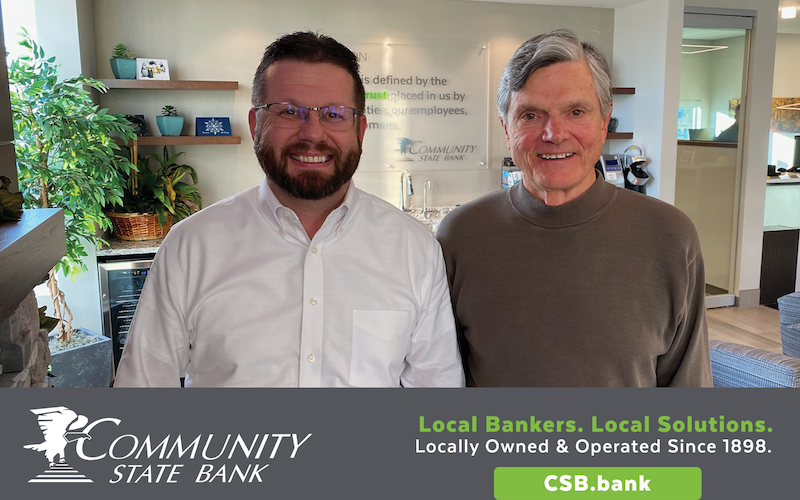 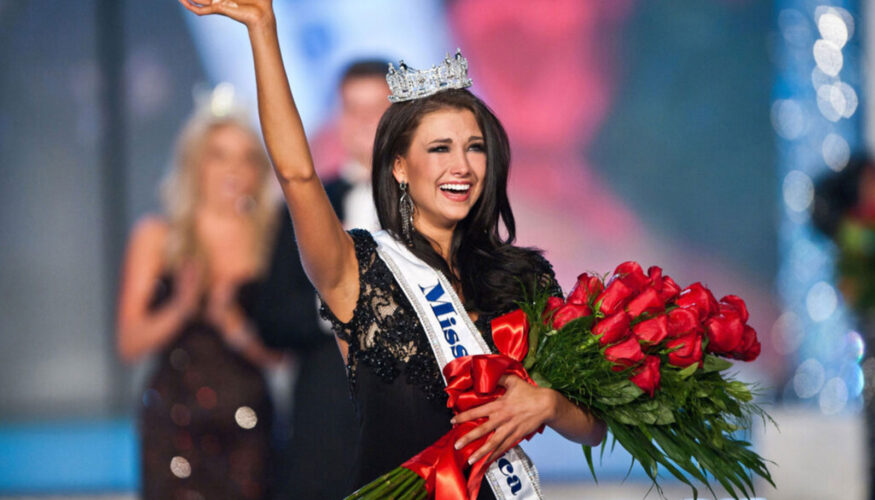 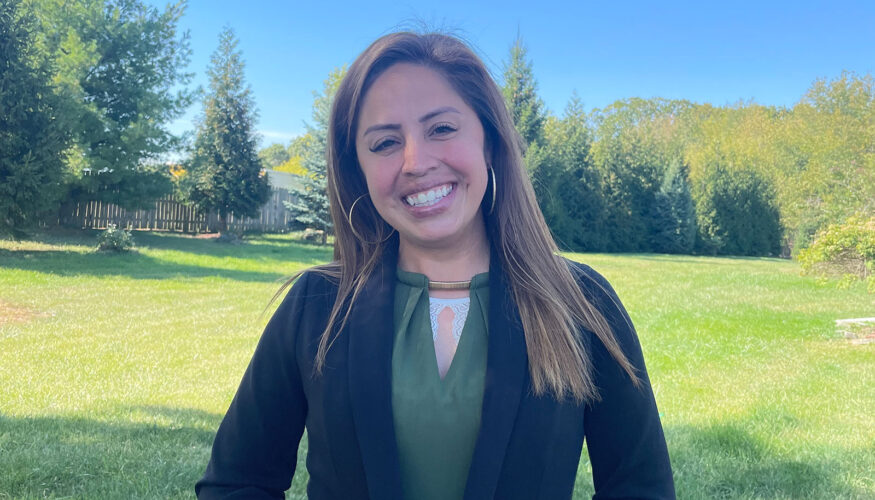 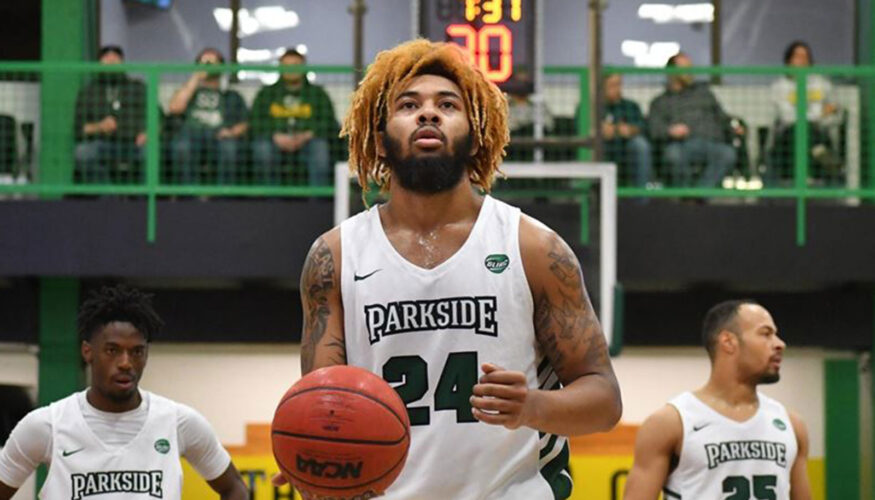 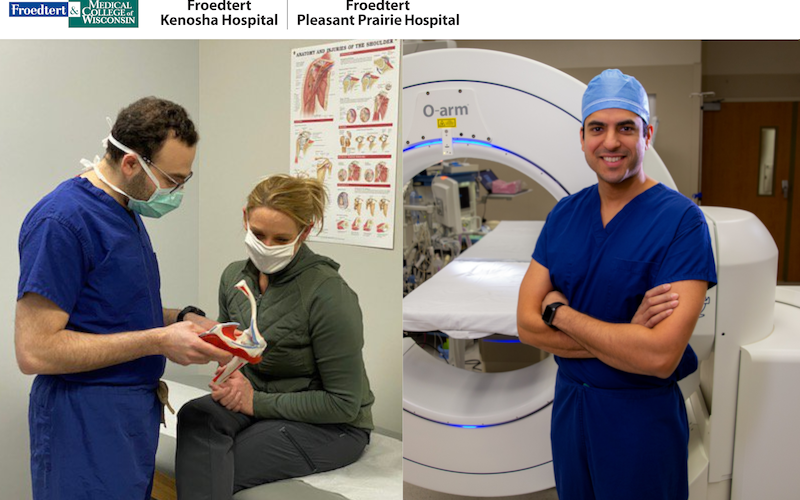 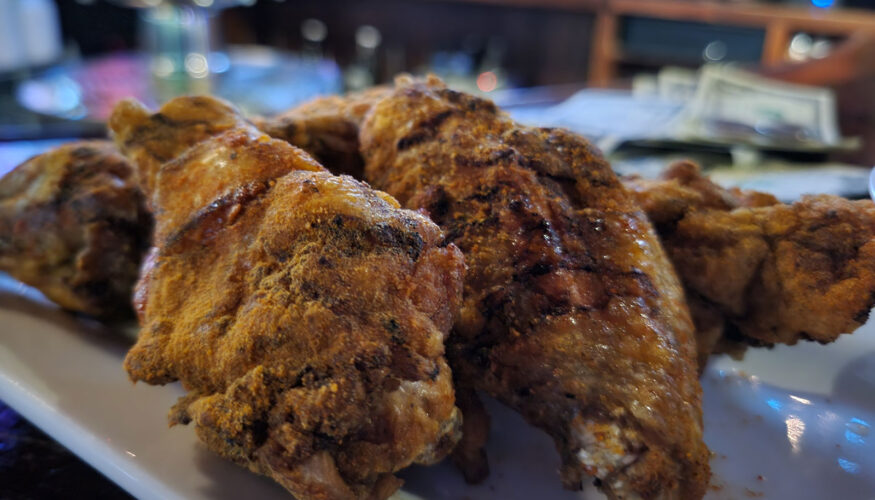 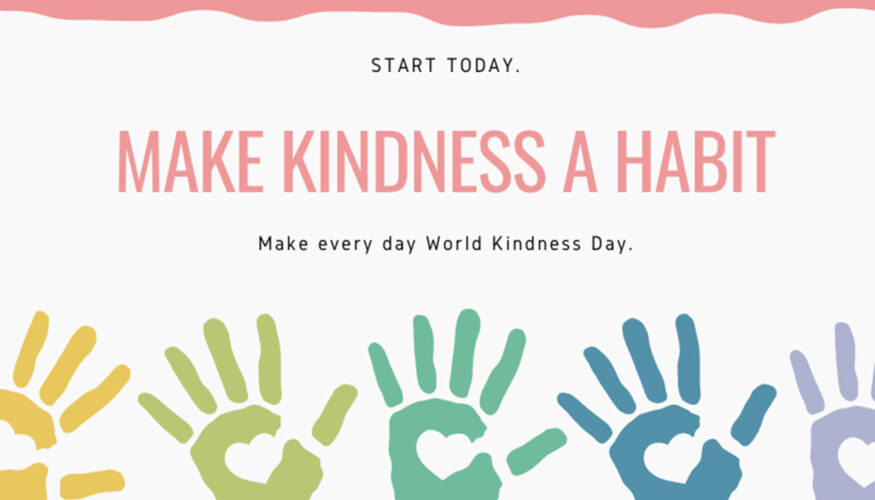