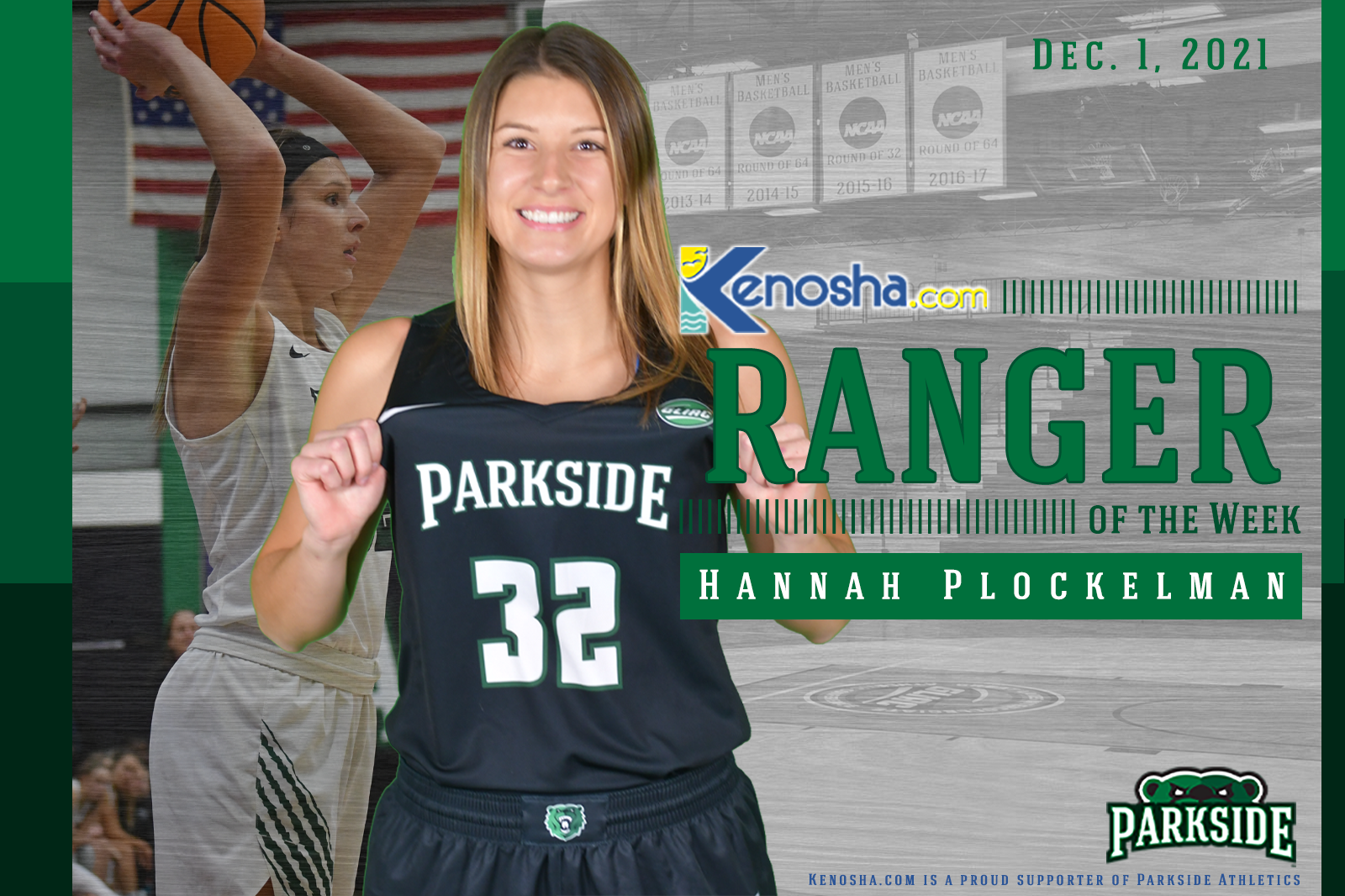 Ranger of the Week: Hannah Plockelman

Coming out of Thanksgiving break, the Parkside women’s basketball team traveled to Romeoville, Ill., to play Lewis in a non-conference matchup. The Rangers got out to a big lead in the second quarter, but the Flyers fought back and made the game close at the end. The Rangers held on for the 80-79 victory to move to 3-2 on the year. Leading the way for the Rangers was 5-foot-11 senior Hannah Plockelman, this week’s Kenosha.com Ranger of the Week.

The New Berlin, Wis. native scored 20 points, grabbed 11 rebounds, and chipped in four assists and one steal.  Plockelman leads the team with 39 rebounds (15 rebounds coming on the offensive end). She currently is in sixth place for total rebounds among Great Lakes Intercollegiate Athletic Conference players. She also is ranked second in the GLIAC in minutes played per game (34.25).

Plockelman started playing basketball at a young age after her dad convinced her to give it a try. She fell in love with the sport and continued to play through high school and into college.

“I think the sport is really great,” she said. “You’re working as a team, and it’s not just individual.”

Plockelman is the first collegiate athlete in her family, though both of her parents played basketball in high school.  She grew up wearing No. 23, but had to change numbers when she got to Parkside, as the school had previously retired the number for the women’s basketball program. She made the choice to flip the number and she now wears No. 32.

Heading into her sophomore year, Plockelman went up for a layup, came down in a bad way and tore her ACL. She missed the whole season, but feels that this allowed her to grow in other aspects of the game, especially the mental aspect.

“I came back strong.” she said. “I had a great support system and great trainers to help me along the way.”

A future in the medical field

Plockelman is currently a nursing major at Parkside. She has been working on her clinicals, though it has been challenging due to the restrictions surrounding the COVID-19 pandemic. Plockelman has not decided if she will return to Parkside for her final year of eligibility, but she plans to work in labor delivery following her time at Parkside, with hopes to one day get some critical care experience.

Parkside wrestling season tickets are available now on ParksideRangers.com/Tickets, as well as three exciting minipack options in the Build Your Own Mini Pack, Festival Foods Family and Friends Mini Pack and the Pack The Den Mini Pack.

For more information regarding Parkside women’s basketball, as well as the rest of their athletics programs, visit parksiderangers.com.