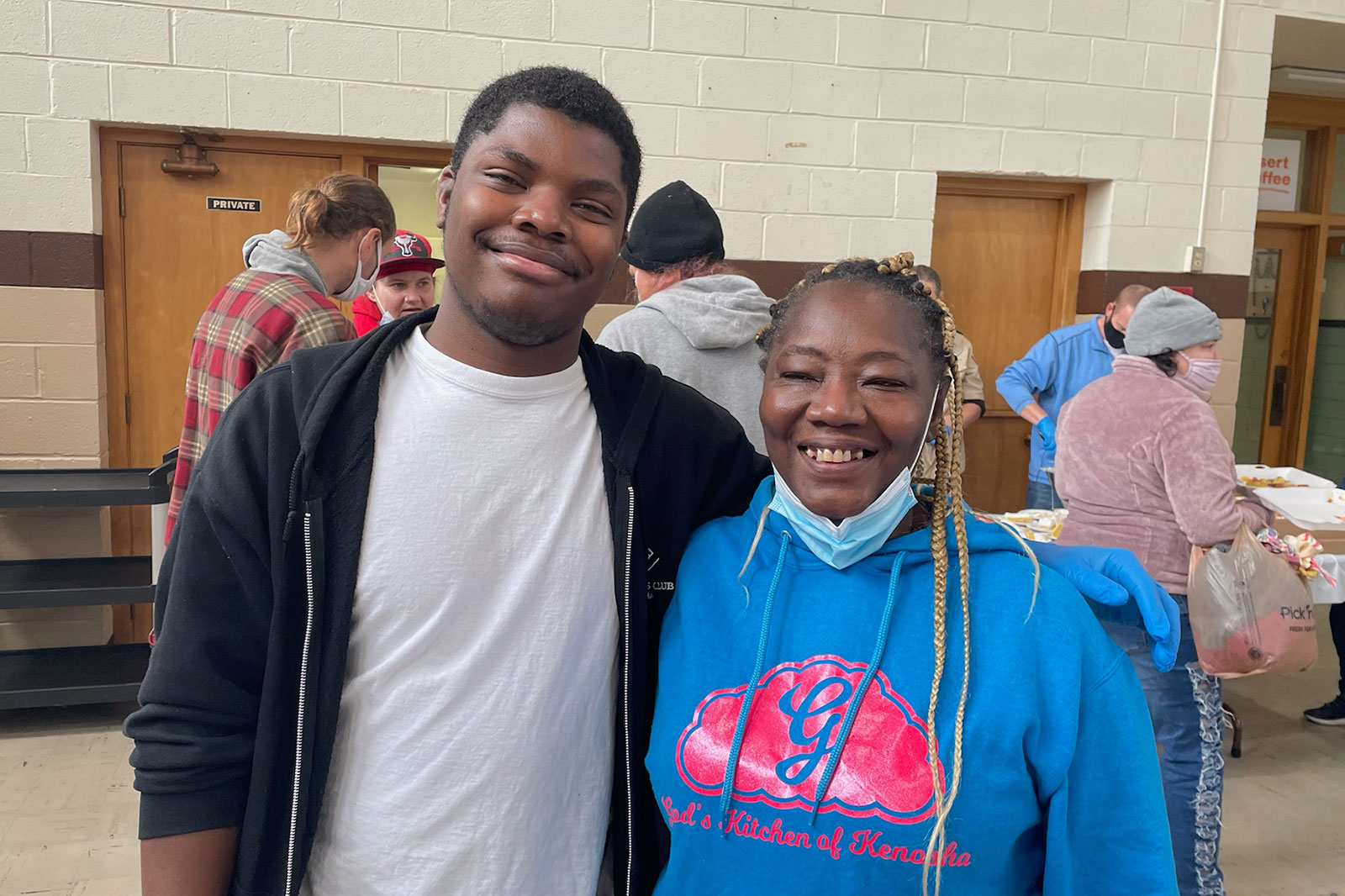 Griffin had dozens of enthusiastic volunteers who helped prepare and serve a multitude of steaming dishes. Others donated food and funds for the event held at St. Anthony’s Church, 2223 51st St. These volunteers are Kenosha.com’s Kenoshans of the Week.

“It’s in my nature to have a heart to serve people,” Harris said. “We are all of one accord and have the same vision. We are working under God’s anointing. … We’re fulfilling the needs of the people.”

Autumn Thomas and her son Jaxson, 9, were handing out pies and pastries. Thomas said her son sometimes has difficulty meeting new people and Griffin inspired him to serve others and open up.

“We really love it,” she said. “Jaxson is very adamant about volunteering. He keeps asking when we can volunteer again. It helps him open his wings. We’re very thankful we can help. I love Arnetta.”

“When they invited us I thought ‘Oh my gosh, I have wanted to meet Mrs. Arnetta forever,” Clinkingbeard said. “I was thrilled to be invited to help and volunteer. It feels awesome to finally meet Mrs. Arnetta at such a beautiful event.”

Delores Sanan drove up from Illinois to assist Griffin.

“You see that there is a need and it’s important to help. People aren’t afraid to show they have a need,” Sanon said while passing out rolls.

Griffin highlighted her supporters at the event.

“I’ve got a whole lot of food. I’ve got greens, turkey, ham, chicken, mac and cheese, lasagna, dressing, dirty rice, salad, meatballs, pies. It came from the community. They donate to God’s Kitchen.”

To donate or get involved, go to godskitchenofkenosha.com/get-involved/.