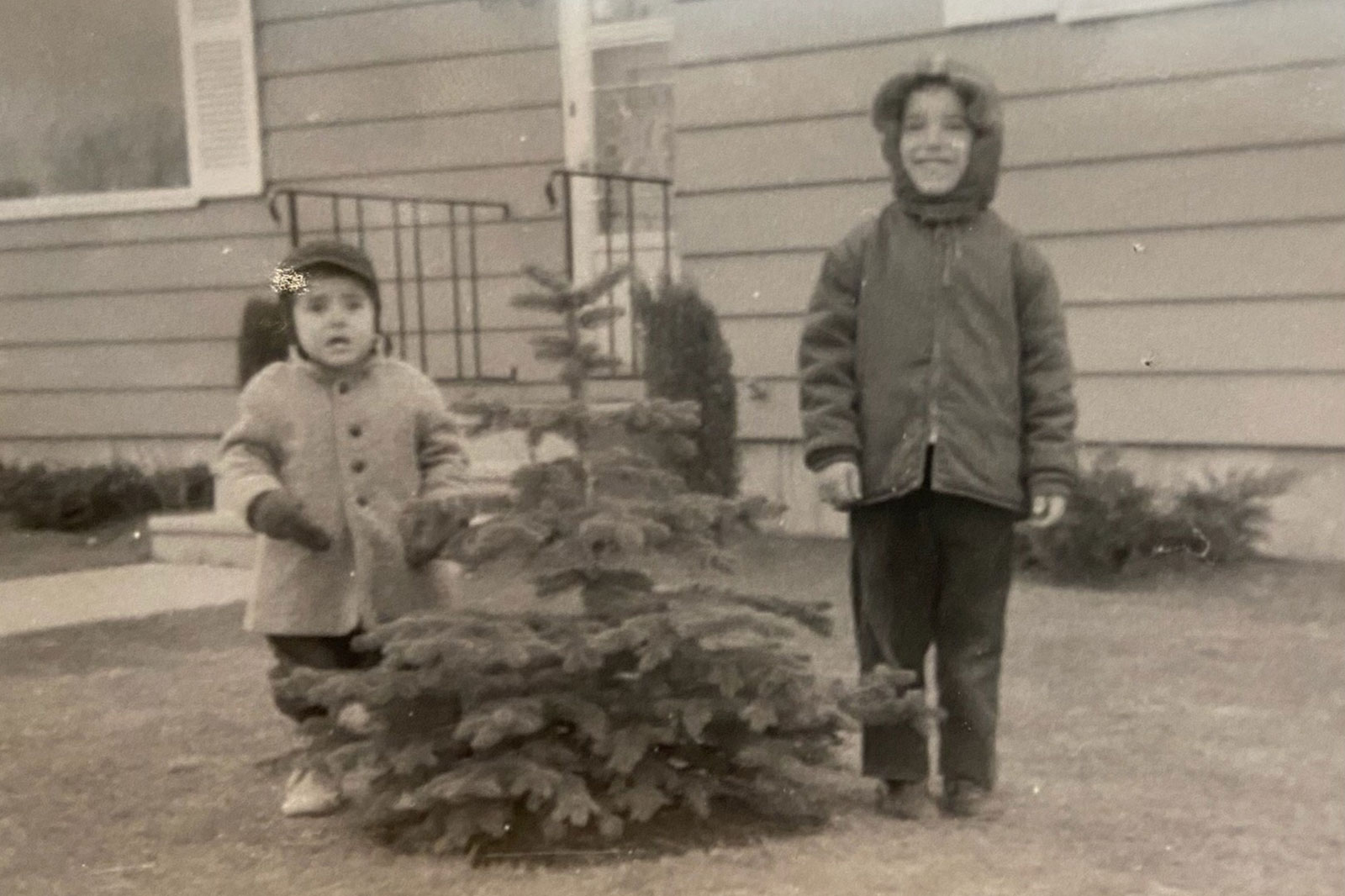 More than 60 years after it was planted, Costanzo family spruce now in the spotlight

The 2021 City of Kenosha Christmas tree is more than a tree for the Costanzo family. It’s a treasured tribute to their dad, who loved Christmas, loved Kenosha and loved that spruce.

“It’s a beautiful story,” Paul Costanzo Jr., said this week, shortly after city crews removed the tree from the front yard of their former home at 3118 23rd Ave. and stood it up outside the Kenosha Public Museum for the Nov. 26 Tree Lighting ceremony.

When Costanzo heard the news his family’s former tree would be on display for the entire city to see at Christmas, “I could almost cry,” he said.

He also planned to visit his mother, who still lives in Kenosha, to tell her the latest chapter of a story that began in the late 1950s, when newlyweds Paul and Ann Costanzo bought their first home, new, on Kenosha’s near north side.

Kids soon followed, then the tree.

Paul Jr. was born in 1954, his brother Jim in 1958. The tree was planted shortly after Jim was born — likely 1959, based on a photo Costanzo Jr. still cherishes, showing the two young brothers standing in front of the sapling.

The tree grew with the family.

“We were there when it was planted, and we stayed there until the mid-’70s,” Costanzo Jr. said. “That tree grew and grew, and we’d see it and say, ‘Holy cow, look at that!’”

That would especially be the case today.

“Too bad he didn’t see this,” Costanzo Jr. said of his dad, who died two years ago. “He would say, ‘I’d want to light that thing. I want to press the button!’”

Indeed, the Nov. 26 lighting ceremony will be the latest example of the Costanzo tree coming alive at Christmas. Costanzo Sr., a former lineman for Wisconsin Electric, loved Christmas.

“He used to put Christmas lights on it every year, those big, thick ones, not the little ones,” his son said. “It looked like a big light bulb all around it. He was so proud of that.

One year, friends of the Costanzo brothers removed the Christmas lights as a prank — “but another friend came and tattled,” Costanzo Jr. said.

The decorating didn’t stop with the tree. His dad, he said, “would put up the big Santa Claus, with the spotlight on Santa. It looked real standing there.”

For years after they moved and until his death, Costanzo Sr. would drive by the house regularly, or stop and visit with his niece and goddaughter who still live next door, and comment on the status of the tree.

That connection with the tree makes the city’s selection all the more special.

“We need a good story, and this one just melts my heart,” said Costanzo Jr., who now lives in Muskego. “I am so happy. God bless Kenosha.”

The current owners of the house are Rob Walker and Penny Stage.

Walker said the idea of the tree potentially becoming the city’s official Christmas tree was (pun intended) planted a couple years ago when a member of the city’s forestry crew, surveying a nearby property for emerald ash borer, noticed the tree and mentioned the opportunity.

“That got the wheels going,” Walker said.

The city considered three options to become this year’s Christmas tree, a spokesperson said. It looks for fuller trees, generally around 30 feet tall, that can easily and safely be removed. Trees near overhead wires, in backyards or too close to homes get ruled out.

That made the Walker’s 25-foot tree the perfect choice — with good timing.

“It was a big tree for a small yard,” Walker said. “Eventually it would have to come down.”

Walker said he is honored the tree was chosen. He said the city Christmas tree will “help bring enjoyment for a lot of people.”

And, he said, “I don’t have to clean the gutters anymore.”

As for the Costanzos, Costanzo Jr. is hoping to play a role in the lighting ceremony. And he has special plans for his dad’s gravesite at St. George Cemetery.

“I’m going to ask for a small branch when it’s over and place it there at Christmas,” he said.

Do you have a potential city Christmas tree?

According to the city, if Kenosha residents have a tree they think is a good candidate, they can contact the Parks Department at 262-653-4050. Forester Dirk Nelson chooses the winning tree, and makes his decision around Labor Day. Parks staff members remove the tree in November, grind the stump and repair the lawn, as necessary.