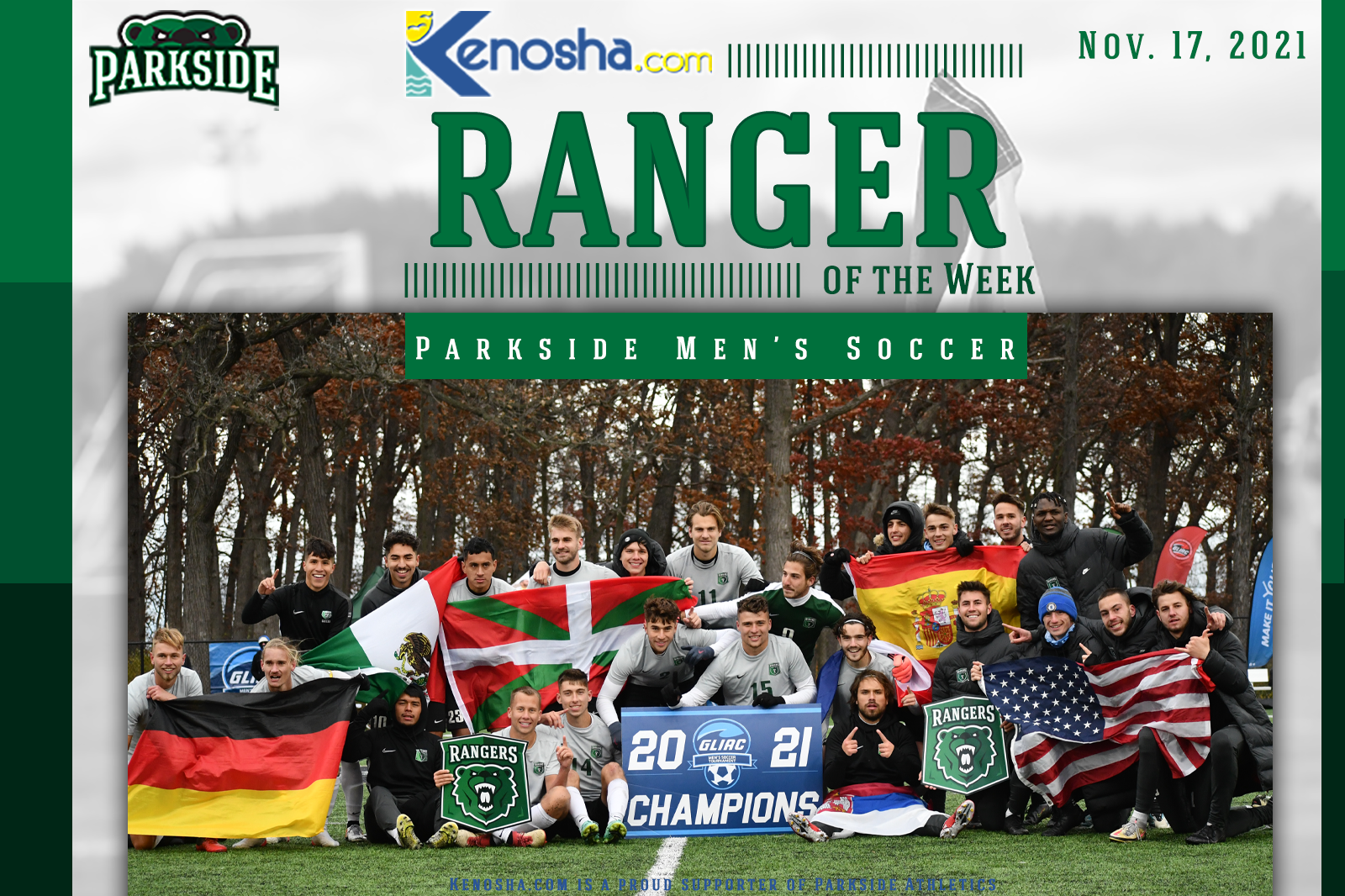 In the last month, the Parkside men’s soccer team has:

On a cold weekend in November, four NCAA Division II men’s soccer teams met at Pritchard Park in Racine to compete for the GLIAC Tournament title. The Parkside Rangers played the Purdue Northwest Pride on Friday, Nov. 12, and came away with a 3-2 victory. They moved on to the championship match on Sunday, Nov. 14. The Rangers defeated the Davenport Panthers, 3-2, to claim their second GLIAC title in the last three seasons. The championship victory earned Parkside a No. 3 seed in the NCAA Tournament, and the Rangers will host the Round of 32 this coming weekend.

The Rangers are currently 15-3-2 on the year. This season has seen the most wins by a Parkside men’s soccer team since 2000, when the Rangers went 17-5. The program record currently sits at 18 wins, which has stood since 1989, when the Rangers went 18-4-1 and were the NAIA runner-up. The Rangers finished in a two-way tie for first place with Davenport for the regular-season championship, and earned the No. 1 seed in the GLIAC Tournament due to the point differential tie breaker. The GLIAC title last went to Parkside in 2019, when they defeated Saginaw Valley State 2-1 to win their first championship since joining the GLIAC. The Rangers last trip to the NCAA Tournament was also back in 2019, when they earned the No. 10 seed, but saw a quick exit after falling to No. 7 Cedarville in penalty kicks in the opening round.

The show goes on

The Rangers will host the No. 6 Fort Hays State Tigers at noon on Sunday (Nov. 21) at Pritchard Park. Tickets can be purchased at the gate or online at ParksideRangers.com/Tickets.

With our newly renovated gym, we are able to host groups like never before! Experience the Vision of Parkside Athletics by bringing your company, school, club sport or nonprofit to a game or event for a one-of-a-kind experience! To purchase group tickets, please contact Athletics Marketing and Ticketing Coordinator, Robyn Elliott at elliottr@uwp.edu or (262) 595-2246.

Season tickets for basketball and wrestling are still available, including seats available in The Bear Club and the Nexus Courtside/Matside Club, which both have access to The Bear Club’s bar during events. Be sure to book your spot in the newly renovated De Simone Gymnasium, which features new bleachers and two new videoboards. To learn more or to purchase your season tickets, visit ParksideRangers.com/Tickets.