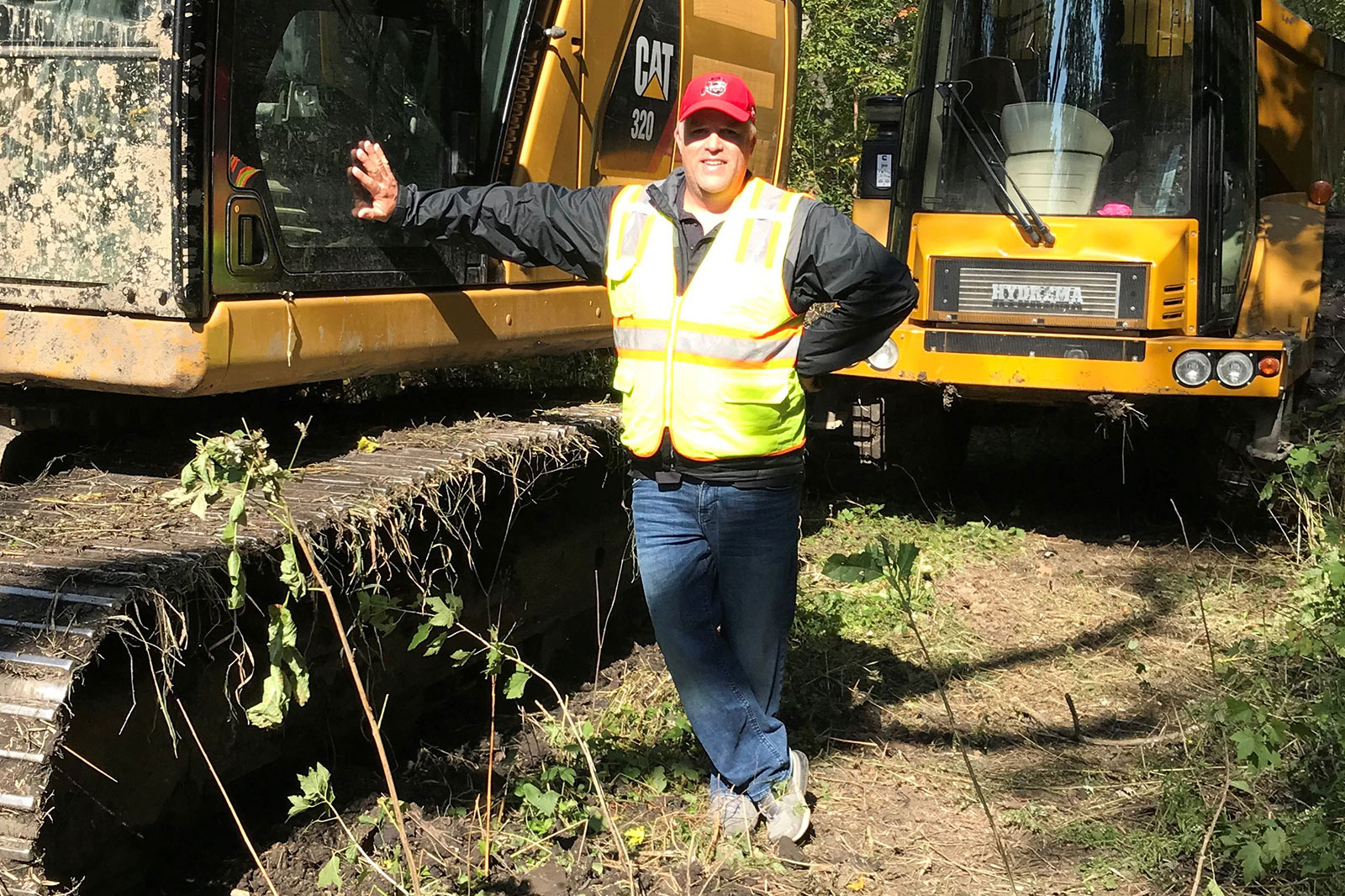 Dave Giordano, the executive director of the Root-Pike Watershed Initiative Network, was recently honored as the Land and Water Conservationist of the Year by the Wisconsin Wildlife Federation.
PHOTOS: SUBMITTED PHOTOS
Kenoshans, Local

Kenoshan of the Week: Dave Giordano

The Wisconsin Wildlife Federation is a conservation group made up of hunters, anglers, trappers and other individuals that are actively engaged in the outdoors.

Root-Pike Watershed Initiative Network (WIN) Executive Director Dave Giordano has been awarded the “Land and Water Conservationist of the Year” by the Wisconsin Wildlife Federation.

Presented on Aug. 21, this prestigious award honors individuals for outstanding contributions to the conservation of land and water within the fields of watershed management, soil conservation measures, wetlands conservation, wild rivers protection, and protection of surface or groundwater water quality.

“Without the collaboration and determination of our staff, board, members, volunteers, and funders, this award would not be possible,” Giordano said. “I am grateful for and humbled by all they have done to help me, and Root-Pike WI fix our broken watersheds.”

In recognition of his honor, Giordano has been selected as the Kenosha.com Kenoshan of the Week.

Nominated by Root-Pike WIN’s past Board President Roger Chernik, this award shines a light on the progress Root-Pike WIN has made in the last five years.

With local organizational support, Giordano and the Root-Pike WIN team have had the ability to take on more projects and programs that positively affect the health of our Lake Michigan watersheds.

Giordano’s many accomplishments since becoming the Executive Director include the revitalization and customization of stormwater pollution education for 22 municipalities throughout southeastern Wisconsin, as well as the creation of a public-private partnership with the Wisconsin Department of Transportation (WisDOT) to implement the new and innovative Regenerative Stormwater Conveyance System (RSC), a series of infiltration pools that
effectively reduce stormwater pollutants and flooding issues.

He has also worked to finalize the EPA/DNR-approved Nine-Key Element Wind Point Watershed Plan and has brought more than 50 Nine-Key Element projects forward that directly impact the five watersheds of southeastern Wisconsin. Project examples include the South Branch Environmental corridor along the Pike River, restoration groundbreaking on the Lamparek Creek “Wisconn Valley” corridor, the creation of the Pollinator Patch Program for underserved schools, restoration and pollinator habitat improvements on the UW-Parkside Cross-Country Course, master planning of the Horlick Dam on the Root River, and the Turtle Creek environmental corridor within the Wind Point watershed.

Giordano’s myriad accomplishments come from an innate passion to restore, protect, and sustain the rivers within southeastern Wisconsin, and his hard work has not gone unnoticed.

“Dave has been working for more than a decade to improve the rivers that flow into Lake Michigan,” Chernik said. “People who know him praise him for his many qualities and attributes, including his excellent interpersonal skills that facilitate collaboration.”

Root-Pike WIN’s current Board President, Mike Luba commends Dave’s ability to build partnerships and secure the necessary funding to initiate the various watershed projects that have begun since his inception as Executive Director.

“Root-Pike WIN has gone from the planning stage to the implementation stage,” Luba said. “Dave has led this huge step for an organization of our size.”

Root-Pike Watershed Initiative Network Inc. is a 501(c)3 nonprofit that restores, protects and sustains the Root-Pike basin by building partnerships to advance projects that benefit some of the most degraded watersheds in Wisconsin.