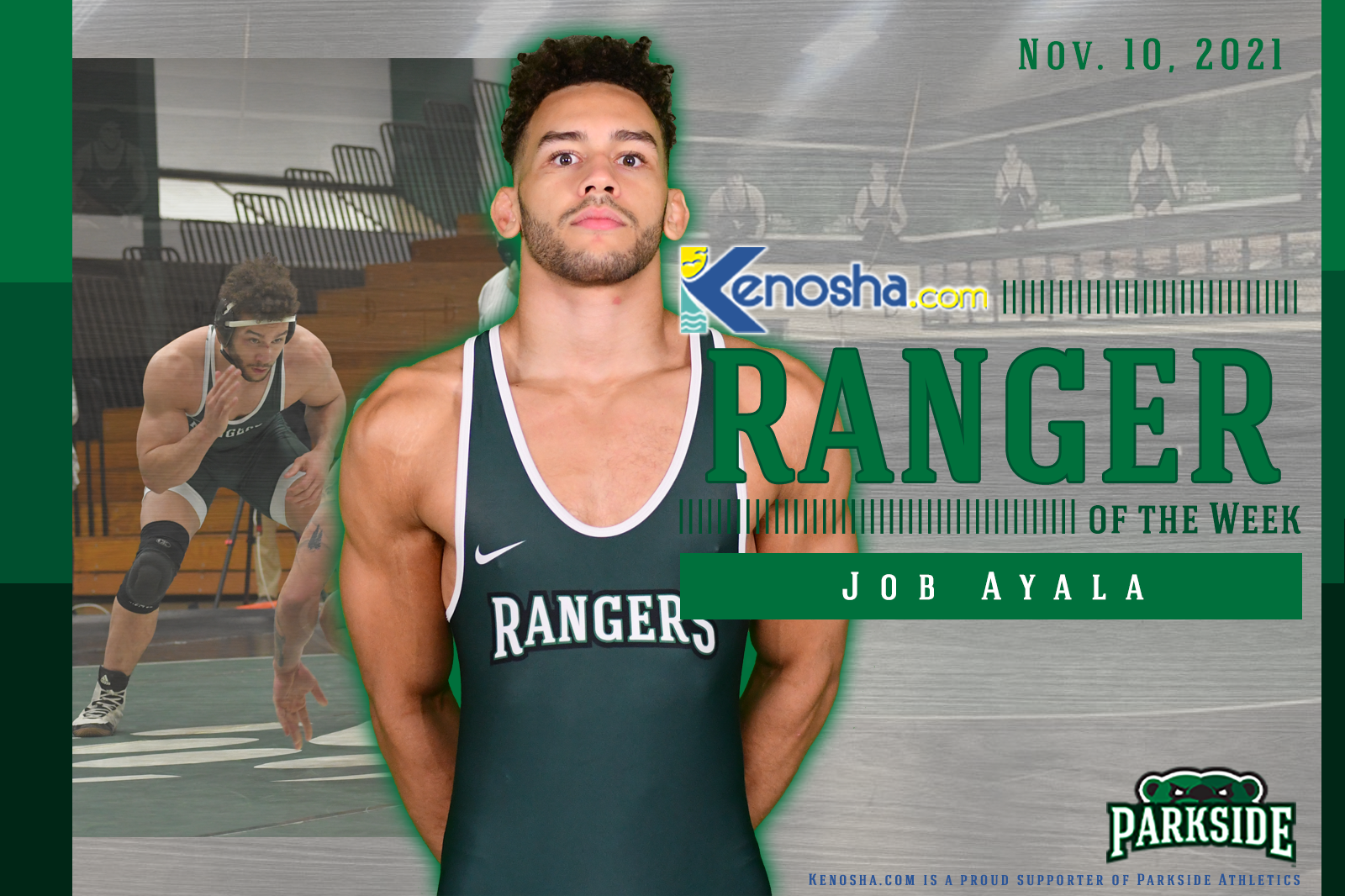 Ranger of the Week: Job Ayala

Finishing in fourth place at the 2021 NCAA II Super Region V Championships last February didn’t sit well for Job Ayala, who’s now a redshirt senior on the Parkside wrestling team this season. So, he did something a vast majority of people probably wish they could do — he dropped 23 pounds.

Fast forward to the beginning of the 2021-22 season, and Job (pronounced like Jobe) is now wrestling at 174 pounds instead of 197 pounds and just went 4-0 en route to the championship at the Pointer Open last weekend. For his efforts, Ayala has been named the Kenosha.com Ranger of the Week.

Ayala earned a pin in round one, a 16-0 technical fall in round two, a 12-4 major decision in the semifinals and won a 6-1 decision in the championship match over Joey Jens of North Central.

Ayala knew he wanted to do something to get a competitive advantage over his opponents, and he and head coach Nick Becker agreed that dropping weight was the way to go. He didn’t want to go to 184 pounds, because Reece Worachek, who had an impressive freshman season for the Rangers, wrestles at that weight and is a good friend. So to get down to 174, that meant no longer eating whatever he wanted, dropping all carbs from his dinner menu and no more creatine in his diet while maintaining his tough workout regimen.

“I would win at 197 because I was in shape and had quickness,” Ayala said. “But against those top-5 guys in the country, they have strength to go along with the quickness.”

With our newly renovated gym, we are able to host groups like never before! Experience the Vision of Parkside Athletics by bringing your company, school, club sport or nonprofit to a game or event for a one-of-a-kind experience! To purchase group tickets, please contact Athletics Marketing and Ticketing Coordinator, Robyn Elliott at elliottr@uwp.edu or 262-595-2246.

Season tickets for basketball and wrestling are still available, including seats available in The Bear Club and the Nexus Courtside/Matside Club, which both have access to The Bear Club’s bar during events. Be sure to book your spot in the newly renovated De Simone Gymnasium, which features new bleachers and two new videoboards. To learn more or to purchase your season tickets, visit ParksideRangers.com/Tickets.