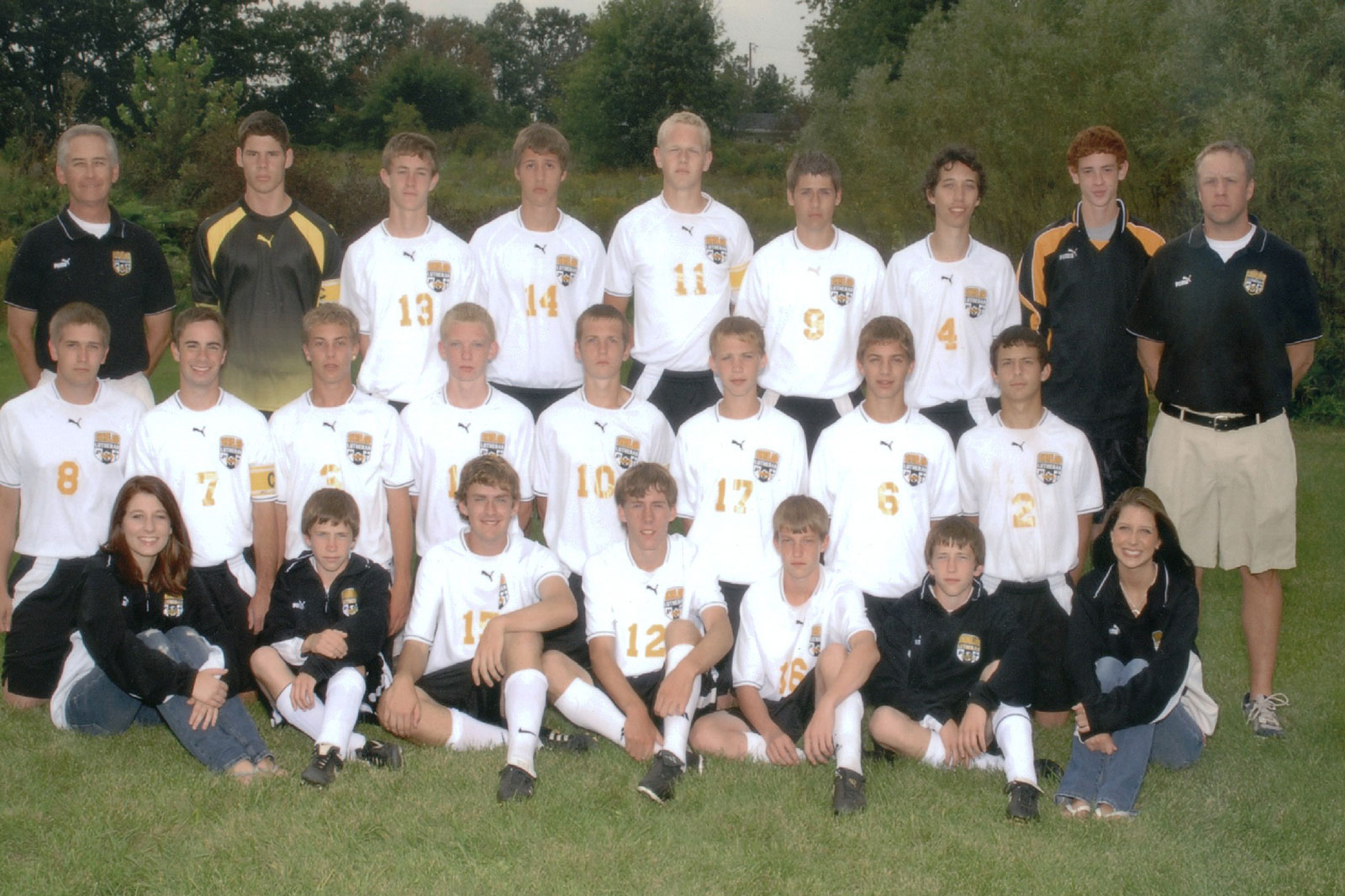 And they had a little-used freshman to thank for it.

This was a historical hammering, too.

The Pacers tied the state tournament record for most goals in a game and set the D-3 mark  with 10 goals in the tourney.

Coach Dan Hahm’s team reached State for the first time as a No. 2 seed after going 17-3-2 in the regular season.

“I knew we had the potential to be good … replacing that tandem of (graduated seniors and all-conference performers) John Frese and Taylor Plath was a very real concern and something that needed to get addressed,” Hahm said.

“And as far as ‘How good?’ the only thought of glory was winning a WIAA regional final this time around, unlike the one we missed out on the year prior when we lost to St. Cat’s 3-2 after leading 2-0 at halftime.”

The season really kicked into high gear when Hahm, in consult with assistant coach Dale Stelter, teamed freshman Ryan Kurth in the midfield with Shane Dwyer.

“We inserted Kurth as a final experiment,” Hahm said. “Kurth responded remarkably well, reading the rhythm of the game with an almost a third sense of where the ball would be and snuffing out counter-attacks before they could materialize.

“With Kurth as the final cog in the wheel, we felt we were positioned strong.”

Shoreland finished third in the Midwest Classic Conference at 10-2 behind champion The Prairie School (12-0) and Whitefish Bay Dominican (11-1).

The Somers-based school headed into the playoffs confident they could beat anyone thanks to three in-season tournament championships and a close loss to Division-1 Tremper.

“After the awards presentation at the Falcon Invite, the team gathered and I recall amidst the smiles and jovial banter, our comical and charismatic senior goalie, Kevin Ulwelling remarking in a false boasting manner, ‘Are there any other tournaments we can win?’” Hahm said. “I responded, ‘Yeah, the WIAA tournament.’ Without breaking out of character, Ulwelling retorted, ‘Oh yeah, whose in that one?’”

The second-seeded Pacers opened the playoffs with a 5-3 win over No. 7 St. Joseph that was a little more difficult than it needed to be because of the weather.

“On the day of the game, we had significant rainfall,” Hahm said. “From after school until near game time all the players and coaches put in hard manual labor squeegeeing the field of water and putting diamond dry in the puddled areas of the field. Diamond dry is not meant for grass turf. However, it did the job. The field was as game-ready as it would get.

“The game commenced, but the pre-game workout took a toll.”

Next was a rematch with Prairie in what Hahm deemed “the greatest game in Shoreland soccer history.”

The match didn’t look bound for greatness at the outset.

About 10 minutes into the clash, Dwyer was handed a red card for a deliberate handball. The infraction gave Prairie a penalty kick and meant the Pacers would have to play a man down for the duration.

Hahm would have none of it.

“I calmly and rationally — begged — the center official to confer with his (assistant referees), explaining that the handball was not deliberate and should only be (a yellow card),” Hahm said. “I know I said, ‘This decision you are making will determine who will win State this year. Please, please just ask your ARs.’ And then after a lengthy discussion, he reversed his call! We went down on the (corresponding penalty kick) but the victory of maintaining a full team on the field was paramount.”

After pulling even in the second half, Shoreland went to overtime where Trent Schwartz tallied the “golden goal” and the Pacers had the coveted win over top-seeded Prairie.

The Pacers opened State by rallying by Columbus, 3-2. Shoreland was trailing 2-0 early in the second half but got goals from Gianni Mantuano, MCC Player of the Year Trevor Schwartz and Tyler Eickmeyer to overtake the 2006 state runner-up.

Erik White assisted on Mantuano’s tally while Schwartz’s score was unassisted. Schwartz assisted on Eickmeyer’s goal, which put Shoreland on top to stay with 20 minutes to go.

No comeback was needed in the championship match against Wrightstown.

In fact, Hahm knew the Pacers were going to win before kickoff.

“We won the game before the game even started,” Hahm said.

“After a pregame discussion before our warmups, I walked the facilities and saw the Wrightstown’s players coming out of the bathroom. I locked eyes with one. His eyes looked wild and mischievous as he darted out of the bathroom with blue hair wildly standing in capricious strands wreaking of hairspray. He then sprinted off with the rest of his teammates like young boys at a slumber party up to sophomoric shenanigans. It was at that point, (I knew) internally, we were going to win.”

Eickmeyer scored just 5:55 into the game and the rout was on.

It was at this point that Roekle, who had played about 10 varsity minutes that season, threw his surprise party.

The 5-foot-2, 100-pounder scored his goals (both assisted by Eickmeyer) in a 25-second span in the 36th minute to put Shoreland firmly in command.

Roekle’s entrance into the match was born out of Hahm’s frustration with his team’s inability to score early.

“As the game progressed in the first half and being up 1-0, I was irked that we were not finishing great scoring opportunities by taking extra touches to set up a stronger right-footed shot than a left-footed shot,” Hahm said. “After one more missed opportunity, I turned to the bench perturbed and said, ‘Who’s gonna finish with their left foot?!’ Mike just said simply, ‘I will.’ I put him in.

“He finished two. The first (goal) was with his left (and) the second was with his right. They both were one-timers.”

From there, Shoreland got goals from White (unassisted), Joel Lazzaroni (Eickmeyer assist), Kurth and Trevor Schwartz (unassisted) to secure the school’s only WIAA title.

“Since the time that has passed, I have had several teams that were better technically or understood the game more than the 2007 team,” Hahm said. “Most of these guys never played organized soccer before Shoreland. However, this group loved to hang out with one another in the summer and in season, whether playing the game or hanging out at Taco Bell for hours on end.”