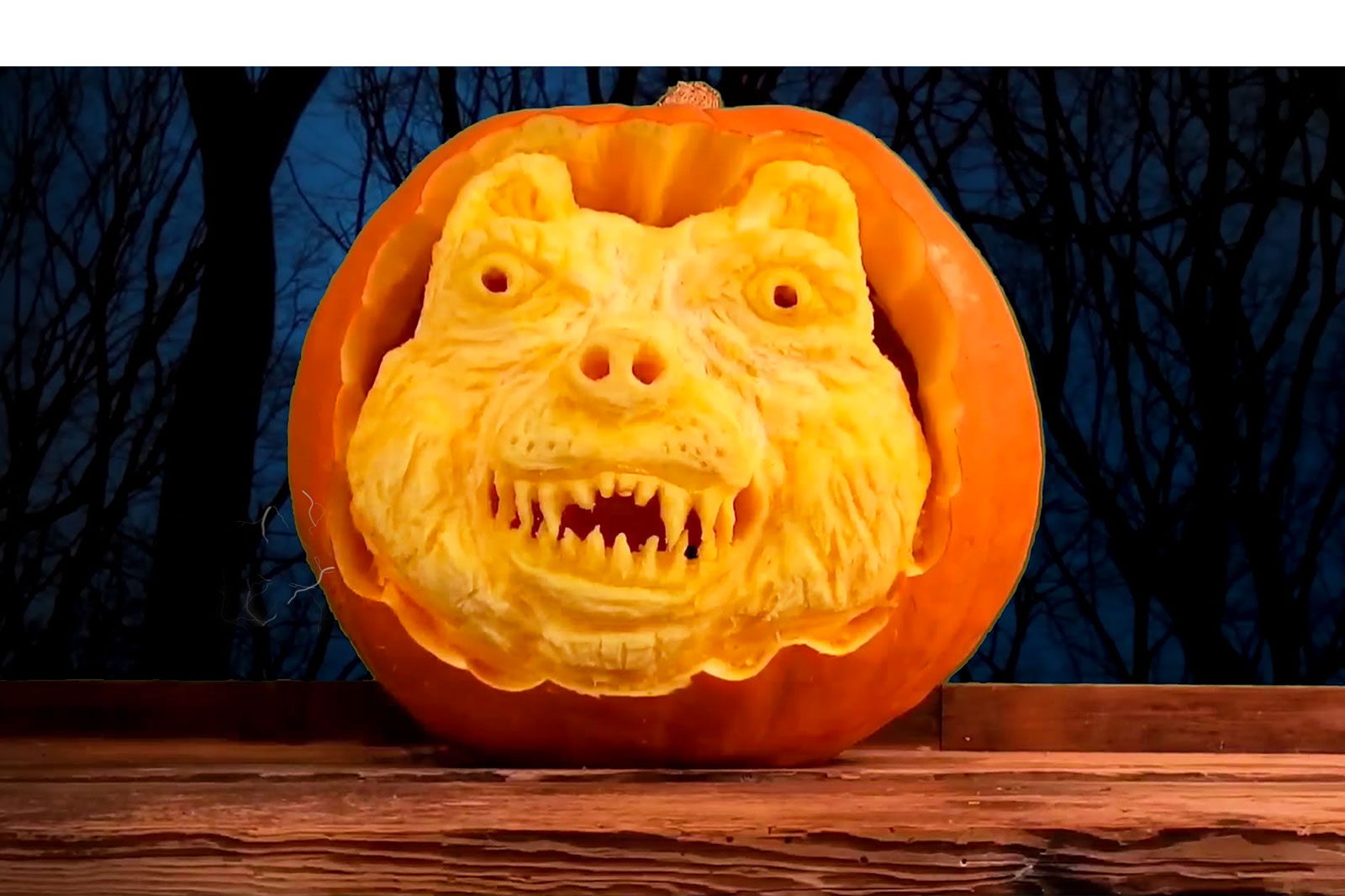 Elishai Riley, a UW-Parkside sophomore, was the winner in the Kenosha.com Pumpkin Carving Contest with his replica of Ranger Bear.
PHOTOS: SUBMITTED PHOTOS
Local, News

It took a pumpkin artist for this one.

For the past three weeks, local residents submitted photos of their Halloween creations for a chance to win this year’s pumpkin carving crown.

Riley, a University of Wisconsin-Parkside sophomore, spent 50 hours over a three-day span to create a stunning replica of the Parkside mascot: Ranger Bear.

The 24-year-old documented his journey with a series of two-minute photos for what would become an entertaining, time-lapse video.

“I spent a lot of time working on this one,” said Riley, an artist and illustrator studying to become a video director. “I’m a bit of a perfectionist. When I start something, I obsess on it a little too much.”