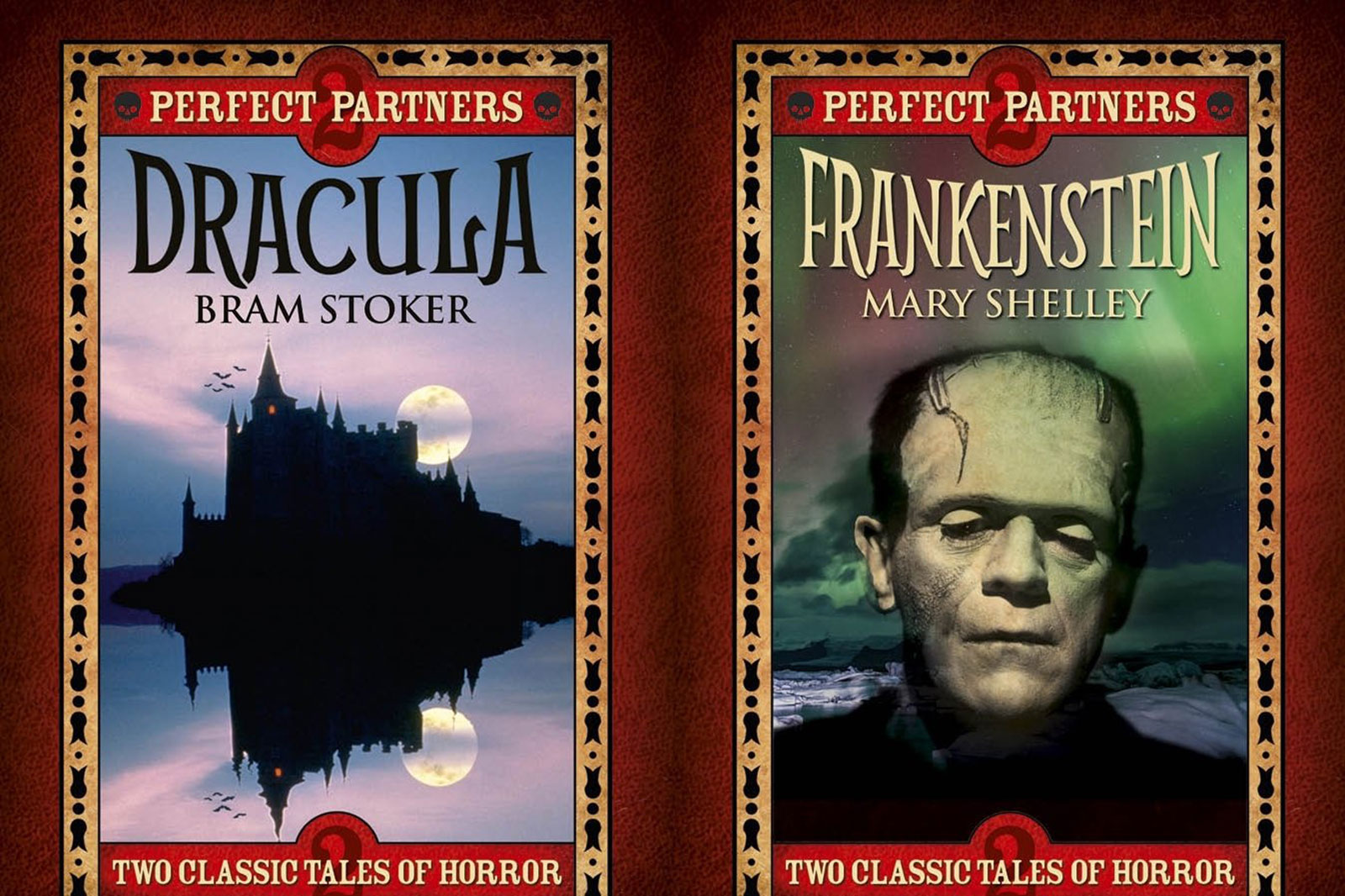 Spice up your reading with something spooky

October is here, there’s a chill in the air, and darkness is creeping in earlier each day. There’s no better time to read a scary novel, perhaps by candlelight. On second thought, turn the lights on. These titles will have readers double-checking the locks and pulling the covers over their heads.

Some of the most revered horror stories are tales as old as time, so it will come as no surprise that two of the oldest and most famous scary novels are Mary Woolstonecraft Shelley’s “Frankenstein” and Bram Stoker’s “Dracula.”

“Frankenstein” is possibly the first horror novel, and the first sci-fi modern sci-fi novel thanks to its “medicine gone wrong” theme. The idea of creating a living creature from various dead body parts was shocking at the time, and the underlying theme of man tempting fate by messing with human creation has never really lost steam since Shelley’s novel was published in 1818. None of the variations can hold a candle, or in this case a torch, to the original.

Fun Fact: Frankenstein had an alternate title, “The Modern Prometheus.”

Likewise, “Dracula” was published in 1897, launching a genre that continues to grow. While it eventually became an iconic horror tale, the original vampire story was a bust when first published. Author Stoker died poor and unaware of the impact he’d have on an entire genre. “Dracula” took off after it was adapted into the stage play “Nosferatu,” which in turn retroactively ignited interest in the original novel.

Both “Frankenstein” and “Dracula” have been recreated and reimagined in so many ways (breakfast cereal, even!) that it’s impossible to count them all. Sales cannot be calculated either, as both are in the public domain and can be downloaded for free. (Click to download original “Dracula” and “Frankenstein.”)

In those two mainstays of the horror genre, the title characters are what resonated with readers and are still memorable today. In other horror classics, the authors themselves are the draw.

Edgar Allen Poe embodies the macabre, both in action (“Murders at Rue Morgue”) and imagination (“The Raven”), and often both at once (“The Tell-Tale Heart”).

“Poe had a knack for infusing everything he wrote with visceral dread,” said one reviewer. “His characters and narrators tend towards the mentally fragile and the insane, people who are haunted by things that might be literal or might be manifestations of their unsound thought processes.”

In other words, Poe had his finger on the pulse of human nature; readers begin to fear that they cannot trust their own eyes and ears, and even doubt their own sanity when they witness unthinkable events.

Poe’s own well-documented mental illness only deepened the chilling appeal of his life’s work, which came to a halt too soon as he died in 1849 at age 40. Reports of his death range from alcoholism and drug abuse to the likely cause of rabies — all conditions that hastened his descent into madness.

While we may associate haunted tales with days long gone by, not everything that evokes terror is ancient.

“House of Leaves” by Mark Z. Danielewski was published in 2000, and has been scaring the tar out of readers ever since. On the surface it is a classic tale of a house of horrors. But as the story unravels, or more accurately, winds tighter, House of Leaves makes readers doubt their own perception of what they’ve read.

The book has been called “a participatory experience” rather than just a good read. Even for those who don’t prefer the horror genre, that’s an enticing description.

Personally, I fall into the category of readers who do not prefer the horror genre. But that doesn’t eliminate some truly terrifying books from the “must read” list. Besides my love for all things Poe, one of the books that will never, ever leave my mind is also the most terrifying book I’ve ever read.

“We Need to Talk About Kevin” turns the tables on parenting, teaching, and forgiveness. What happens when the child is the embodiment of what we fear the most? Lionel Shriver’s novel is unflinching and unyielding in its delivery of every parent’s worst fear, and couches it all in the reality of today’s headlines. It’s a incredibly well-written, relevant novel that will haunt readers’ dreams.

All the young ghouls

The horror genre is not just for grownups. The Young Adult market features countless titles for young fans of things that go bump in the dark.

From the wildly popular “Twilight” series by Stephenie Meyer to “What Lives in the Woods,” a new release from area author Linsay Currie, there appears to be a huge demand for the macabre among young readers.

Here are two newer YA standouts in the horror genre:

“Charm and Strange” is the award-winning debut by Stephanie Kuehn. It is definitely dark and also unique. Told over the course of one night, Kuehn spins the tale of Win, who was sent to a remote boarding school after a family tragedy. Loneliness, dangerous identity crises and more tragedy ensue.

“Banquet for Hungry Ghosts” by Ying Chang Compestine is a collection of chilling short stories steeped in Chinese mythology. The title characters, “Hungry Ghosts” died hungry or unjustly. What makes these stories of their afterlife truly unique is the accompanying collection of traditional Chinese recipes.

For similar titles, check out the website Book Riot

And then there’s Stephen King. The master of horror-next-door, King’s contribution to the genre cannot be adequately described. Everyday subject such as a dog (“Cujo”), a car (Christine), hope gone horribly wrong on prom night (“Carrie”) or in once-beautiful winter resort (“The Shining”), and the unbelievably eerie foreshadowing of a pandemic in “The Stand,” all become dangerously introspective in the imagination of King.

While King’s scariest book is the subject of much discussion, his reign at the top of the horror genre is not even up for debate.

Do you have a favorite Stephen King novel? Or do you have recommendations for other worthwhile horror stories? How about sharing the title of the scariest tale you ever read? Email Laura@Kenosha.com, and we’ll feature your suggestions in a future Bookmark column.