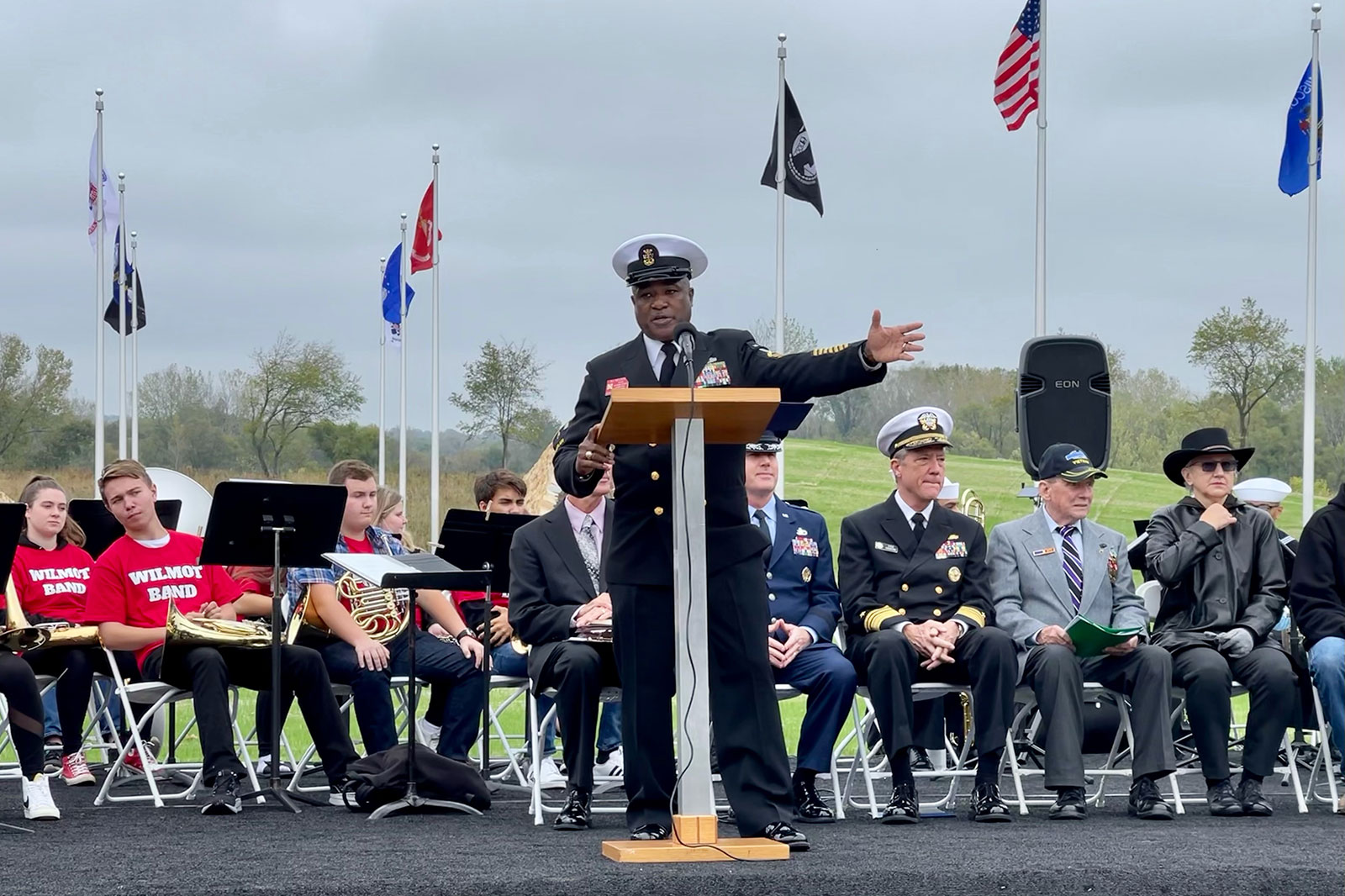 "It's all about bringing families and veterans and the community together"

“This is a beautiful day for Kenosha County,” Director of Kenosha County Parks Matt Collins said. “It’s been well over 10 years to bring this project to reality.

“Mental health is so important for all of us. We now have a place for veterans and our entire community to get away from all of the chaos we all live in. We’re so proud we could create something like this for everyone.”

Kenosha County executive Jim Kreuser, who was credited by many as instrumental in making the park a reality, was unable to attend the ceremony due to a travel delay.

“This is a milestone achievement for Kenosha County as a whole,” Nelson said. “It’s all about bringing families and veterans and the community together.”

Honor Plaza is situated in an open setting with a flag-filled backdrop honoring the United States and its military branches, including the U.S. Space Force.

“When I saw these flag poles fly, it just took my breath away,” former Kenosha County Supervisor Dennis Elverman said. “I’m proud to be a part of the history and thankful to all of our local and national veterans.”

“We’re not done yet,” Collins said. “There’s multiple phases of this project.”