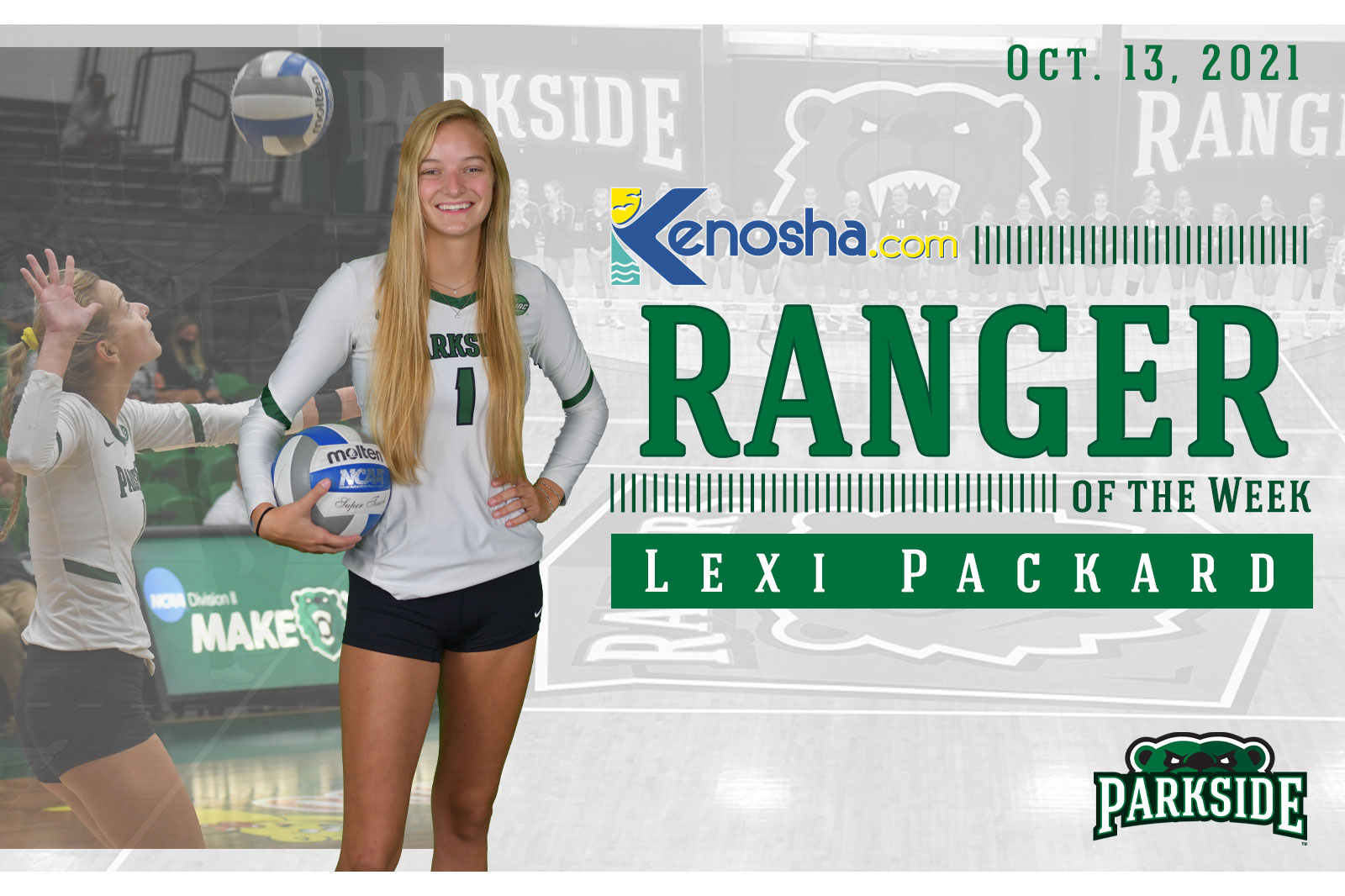 Ranger of the Week: Lexi Packard

Although a 7+ hour trip north to Lake Superior State on Friday night followed swiftly that same night by a 3-hour trip south to face Northwood on Saturday afternoon doesn’t always sound the most fun, Lexi Packard and the rest of the Parkside volleyball team sure made the best of their longest road trip of the season last weekend.

It’s safe to say the bus ride back home went a little quicker after Packard helped lead the Rangers to a 2-0 road weekend. For her efforts, the junior middle blocker has been named this week’s Kenosha.com Ranger of the Week.

Packard was solid in both matches for Parkside, finishing with 14 kills while hitting an impressive .355. She added on to her team-leading block total with 6.0 more over the weekend, and now sits at No. 5 in the GLIAC in blocks per set.

After the 400+ miles trip to Sault Ste. Marie, Mich., on Friday night, the Rangers downed LSSU 3-1 and then beat a tough Northwood squad 3-1 as well. It was the first road weekend sweep since Nov. 8-9 of 2019, head coach Leigh Barea’s second season with the program.

Lexi is a biology major with a minor in chemistry at UW-Parkside and hopes to find a career as an anesthesiologist after going to medical school. Parkside’s pre-health program is a major reason the Bloomington, Ill., native chose Parkside, as the university boasts a 90 percent acceptance rate into professional school.

It runs in the family

Lexi’s grandfather, Bill Packard, was an incredible beach volleyball player in his younger years. He had aspirations of competing for Team USA in beach volleyball, but luckily for Lexi, her grandfather Bill instead focused on raising his children, that included Lexi’s father, Dorsey Packard.  Lexi says her grandfather helped get her interested in volleyball during a family vacation at The Ozarks while she was in fifth grade.

Last week, Parkside Athletics announced that basketball and wrestling season tickets are on sale, including seats available in The Bear Club and the Nexus Courtside/Mat side Club, which both have access to The Bear Club’s bar during events. Be sure to book your spot in the newly renovated De Simone Gymnasium, which features new bleachers and two new video boards.

Men’s soccer at home this weekend

The Parkside men’s soccer team, which was ranked as high as No. 14 nationally earlier this season, will have two home games this weekend. They’ll battle Saginaw Valley State at noon Friday (Oct. 15) on Very Impactful Professor or Staff Day presented by Gateway Mortgage. Then finish out the weekend against Northwood at noon Sunday (Oct. 17) for Make-A-Wish Day.