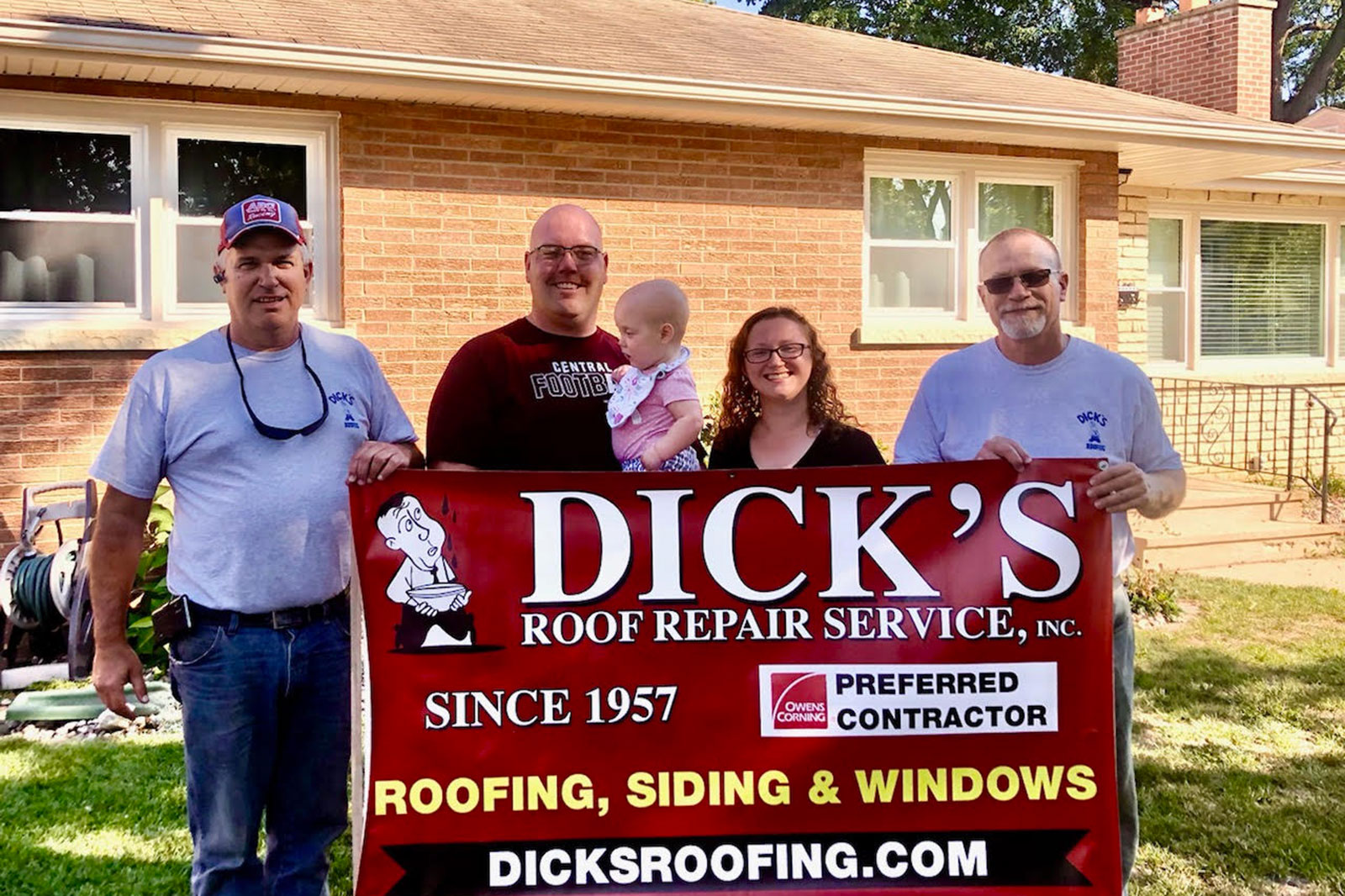 Joe Epping is getting a new roof, some peace of mind, and a long-overdue thank-you for his work in serving the community.

“It was incredible. I was at a loss for words — I still am,” Epping said on Thursday. “It’s a great opportunity. It will help out my family so much. And with the way the world is now, it’s nice to see something like this can happen.”

It’s going to a much-deserving family, and it’s especially sweet now for Epping, whose wife is in school and gave birth to their first child less than a year ago.

Epping joined the Kenosha Fire Department more than seven years ago — along with Kyle Dahl, who nominated him for the free roof award. (“The fact he thought enough of me to nominate me makes me appreciative I have guys like that in my life.”)

In the nomination, “(Dahl) said (Epping) is the kind of guy who gives to everyone else and doesn’t ask for anything in return. He always gives to others first,” Milkie said.

Now Epping is getting some well-earned help.

Time for a new roof

Milkie estimated the value of the new roof on Epping’s south side home at $8,000 to $10,000. It is expected to be installed in the next three weeks — and it can’t come soon enough. The Eppings have lived in their home for about five years, and Epping said he regularly hears from other contractors walking through the neighborhood that his roof needs replacing. He sees it, too.

“Our house is probably 60 to 70 years old, and it’s probably only had one, maybe two, roofs put on in that time. It’s getting to the end of its life,” he said. “It was going to be replaced in the next year or two — it was probably my next outdoor project to get done.”

Home repair projects, he said, have been constant.

Giving back to the community

For Dick’s, this is the second year of the contest supporting Kenosha County firefighters and police officers, and Milkie said he would like to continue it each year, “as long as we can afford to keep doing it.”

“It has been a difficult couple of years for our community’s firefighters and police officers,” Milkie said. “We want to honor the people who step up to the frontline to help our neighbors in times of need or crisis.”

Dick Milkie founded the business in the 1950s, and it remains in the family, with Dick’s sons Jeff and Rick and son-in-law Dick Pignotti leading it.

“We’ve been a very successful business and we’re lucky to be able to give back what we do,” Jeff Milkie said. “We like to give back to the community.”

Said Epping: “I am from Kenosha, and Dick’s has been around longer than I’ve been alive, and to see they are still helping out firefighters, cops, everybody, they don’t have to do that. They do it because they are a part of the community.”