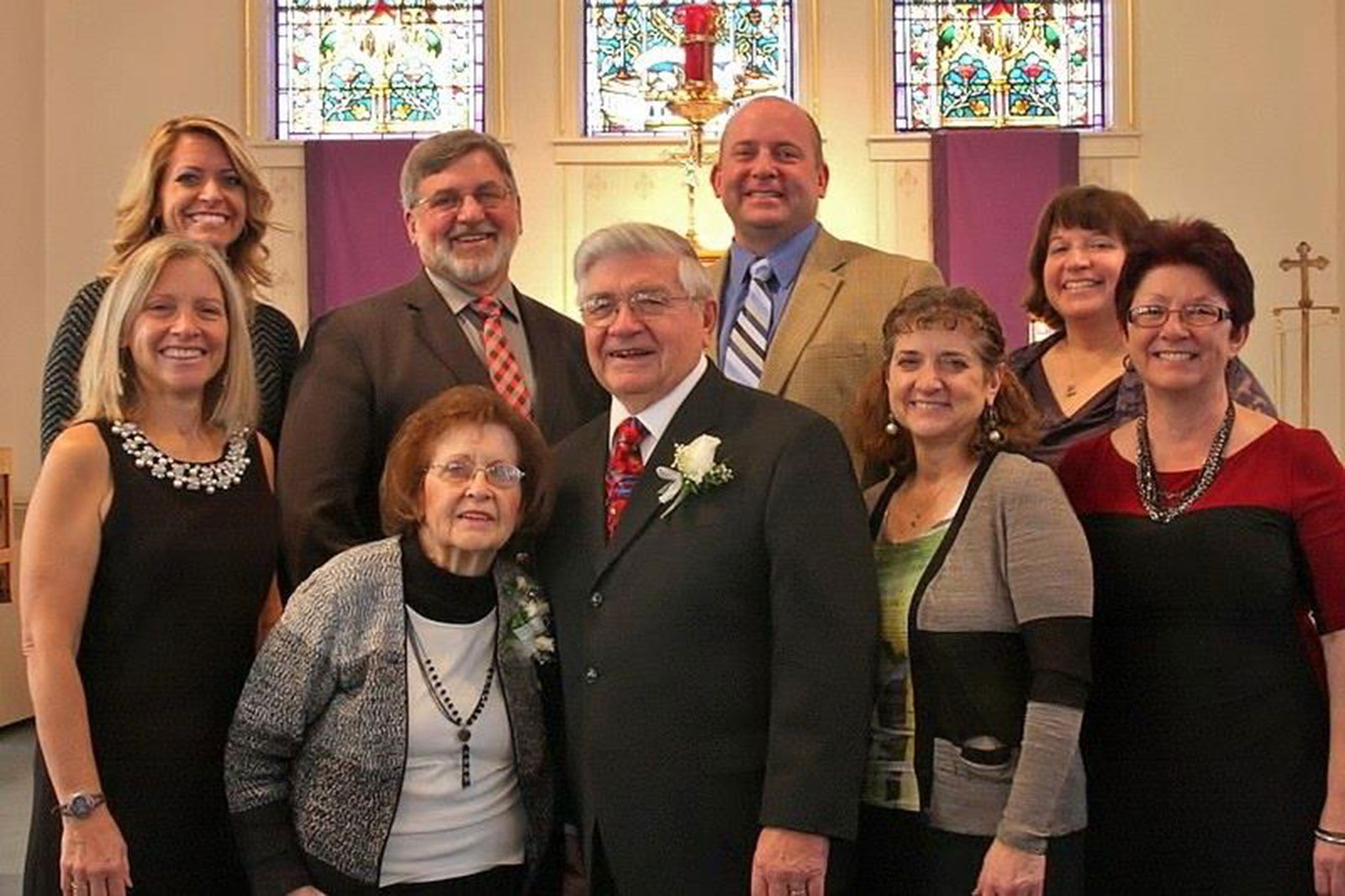 Carl and Shirley Daniels surrounded by their children.
Beyond The City, News

Wisconsin 4-H Youth Development is part of the nation’s largest youth development and empowerment organization, with more than 150,000 youth in urban, suburban and rural settings involved with 4-H and other UW-Extension youth programs in the state’s 72 counties.

MADISON — Wisconsin 4-H Youth Development is excited to announce the 2021 Hall of Fame Laureates including 12 volunteers, supporters and staff who have impacted Wisconsin 4-H. Plans for an induction ceremony for the 2021 and 2020 laureates are in progress and will be shared with the 4-H community soon.

Among the 12 Hall of Fame Laureates are Carl and Shirley Daniels, longtime Kenosha County 4-H volunteers. Shirley, who passed away in December of 2017, is being honored in memoriam.

“This year’s laureates have each accomplished so much and I feel sincere gratitude for their contributions to 4-H youth and many years of leadership in both volunteer and staff roles,” said Matt Calvert, Wisconsin 4-H Program Leader and Director of the Institute for Positive Youth Development, University of Wisconsin-Madison Division of Extension. “They have provided the sparks that ignited new interests, and supported the positive development of countless youth and volunteers. Please join me in celebrating each laureate’s generosity and passion for 4-H and their many contributions to their communities.”

The Wisconsin 4-H Hall of Fame was established to recognize 4-H volunteers, financial supporters, staff and pioneers who made major contributions to the 4-H movement at the local, state and national levels. The candidates represent 4-H in the broadest sense — people who had an impact on the lives of children, their community or state through significant contributions of time, energy or financial resources to 4-H and its members.

Carl and Shirley Daniels impacted the development of youth in Kenosha County and across the state for over 60 years. Shirley’s experience began as a 4-H youth in Racine County. Carl and Shirley married in 1954. Even before their seven children joined 4-H, Carl and Shirley became Brighton Explorers 4-H club leaders. Shirley wanted her children involved in 4-H because she knew that the program instilled youth with knowledge, leadership and service opportunities. Together they served as general leaders for 25 years and clothing project leader for 50 years.

Both impacted the county program. Carl grew the dairy club membership, doubling the number of members and animals shown. Shirley initially taught sewing at the club level and then as the countywide sewing leader, organizing and leading sewing workshops for hundreds. As a result of her leadership, Shirley was appointed 4-H clothing superintendent at the fair and instructed sewers as a county fair judge for over 30 years. Shirley later served as Kenosha County’s first 4-H Staff Assistant. Carl served as a Director of the Kenosha County Fair and Advisor to the Wisconsin State Fairest of the Fairs competition.

Both were community leaders beyond 4-H. Carl served in leadership roles for Farm Bureau, AMPI, agricultural boards (ASCS) and bank director for Marine/Bank One. Shirley served as the first female President of the Westosha Central School Board, spearheading the first significant high school expansion in over 30 years that included a new gymnasium, cafeteria, music, and computer rooms. Known as doers, their leadership impacted many Kenosha County families, organizations, and communities beyond Extension.

Carl and Shirley, who were married for 63 years, raised seven children who helped Carl with the family dairy farm.