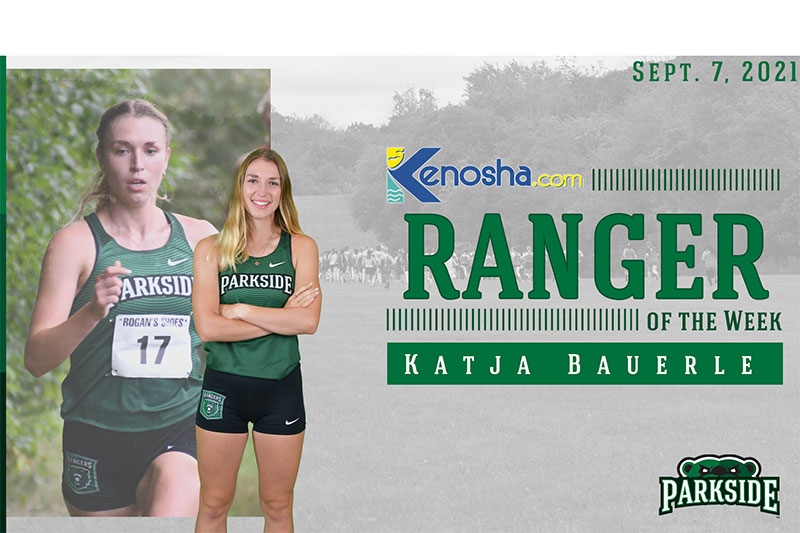 Ranger of the Week: Katja Bauerle

Redshirt-freshman Katja Bauerle of the Parkside women’s cross country team has been named the first-ever Kenosha.com Ranger of the Week.

Bauerle, the Bretten, Germany, native, took second place at the Vic Godfrey Open on Friday to lead her team. She finished with a time of 14 minutes, 23.6 seconds in the team’s first meet of the 2021 season, and first meeting since the 2019 season for the team. It was also Bauerle’s first cross country meet as a member of the Rangers.

The cross country team will take the weekend off before hosting the Lucian Rosa Invite on Saturday, Sept. 18 at 11 a.m.