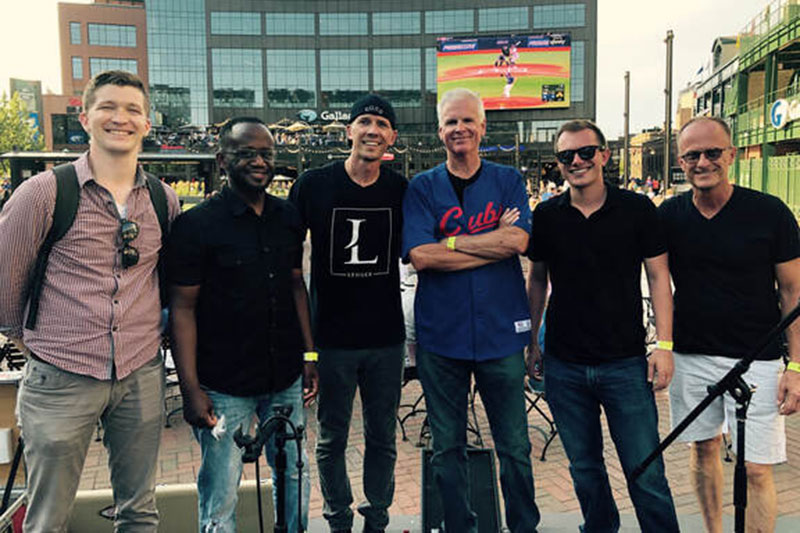 The Kal Bergendahl Project will liven up the lakefront Tuesday (July 27) during their Twilight Jazz concert.

The instrumental jazz-funk band will perform on the south lawn of the historic Kemper Center, 6603 Third Ave., from 7 to 9 p.m.

It will be the second performance of the popular Twilight Jazz series organized by the Anderson Arts Center.

“We are very excited to bring them back,” she said. “They were on our schedule for last year’s series and unfortunately we had to cancel it due to the weather. We’re bringing them back this year.”

“We’ll be performing all original music,” Kal Bergendahl said. “It’s a six-piece band with three horns that kind of lead the band. … I’m super excited. This is our first show in about a year. It will be great to get out with the guys and play again.”

The band’s recordings are available on Spotify and Apple Music.

The group has taken on many different forms over the years, combining jazz with pop and soul, according to the band’s website. More than 20 musicians have been featured in the group since it was founded in 2004.

Vocalist Janet Planet, who was inducted into the Wisconsin Area Music Industry Hall of Fame in 2014, was set to perform June 29 but the concert was cancelled due to weather.

“We rescheduled her to be our last show of the season,” Lee said. Planet will perform Aug. 31. “We wanted to make sure she came back this year. She’s excited to play.”

Attendees may bring their own blankets or lawn chairs when the grounds open at 6 p.m. on concert days. Food and drinks, including wine and beer, will be available for purchase. However, no carry-ins of alcohol are allowed. Families are welcome to bring their own picnic baskets. The event is free.