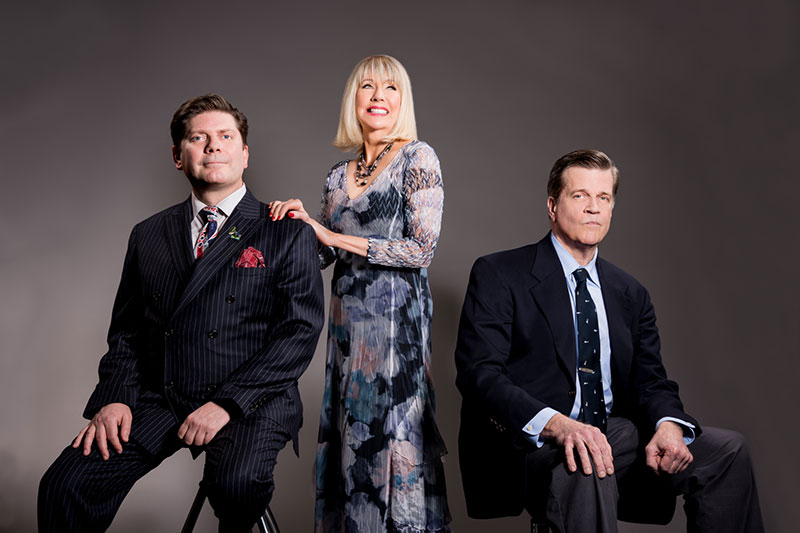 The Scat Cats feature music from the late-1920s and early-1930s.
Local, Music

Twilight Jazz makes its long-awaited season debut with one of its most unique acts on Tuesday (July 13) at Anderson Arts Center, 6603 Third Ave.

The night features “happy jazz with a bounce” from Scat Cats, a three-person ensemble with music from the late-1920s and early-1930s.

Attendees are encouraged to bring a blanket or lawn chair. Seating is first-come, first-served on the south end of the Anderson Arts Center.

Food and drinks are available for purchase. No carry-ins of alcohol are allowed.

Twilight Jazz was expected to open its 18th season on June 29 with Janet Planet. The act was postponed to Aug. 31 due to inclement weather.

A group that covers all the great music of the late ‘20s and early ‘30s (sometimes overlooked by the bebop post-war combos) and the great Big Band tradition of the ‘30s and ‘40s. Vocalist Carole Crawford and jazz stride pianist Paul Asaro, often joined by reedman John Otto, make up this talented group known as the Scat Cats. Their repertoire features a particular style of American jazz, based on the great 1920s and ’30s jazz piano style of Fats Waller. This type of jazz in the 1920s and early-1930s was fertile ground for the great jazz trumpet/cornet genius Bix Beiderbecke and also the early vocals of Bing Crosby and the Paul Whiteman Band and the Rhythm Boys. This is happy jazz with a bounce that isn’t heard from most jazz groups today.