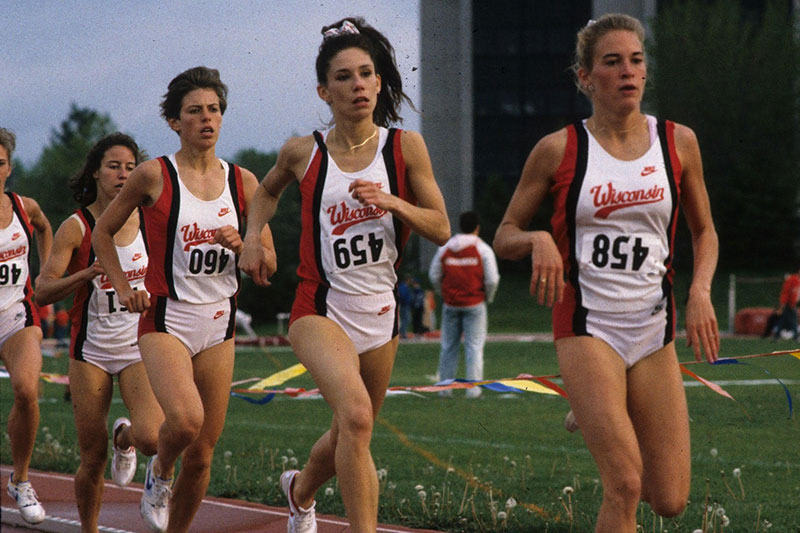 This Date in Kenosha Sports History: Bradford graduate first in the 1,500

On this date (June 6) in 1992, Kenosha’s Sue Gentes ended her collegiate career the best way possible: as a national champion.

Gentes capped her time at the University of Wisconsin by winning the 1,500-meter run at the NCAA Division I Outdoor Track and Field Championships in Angelo, Texas.

The Bradford graduate broke the tape in 4 minutes, 16.38 seconds.

“I guess the word would be overwhelming,” Gentes told legendary Kenosha News sports writer Paul McKillip back then. “It was weird because it seemed like just another race. It didn’t hit me that it was a national championship.”

According to reports of the day, Gentes took the lead with 500 meters to go in the slow-paced race and then cruised to victory. She ran the final lap in 62 seconds.

“I couldn’t believe how things worked out,” Gentes said in the News. “I didn’t feel anyone breathing down my neck. That really surprised me.”

Said Hall of Fame UW coach Peter Tegen in the Wisconsin State Journal: “That certainly was a wonderful event for her. It wasn’t her personal best but it certainly was the best race she ever ran.”

Gentes was a six-time All-American at Wisconsin and was also part of the school’s national championship 3,200 relay team in 1992. Prior to that, she was a record-breaking runner at Bradford, winning state indoor and outdoor titles in the 800 and 1,600.

“She is obviously the most talented female distance runner in Bradford history,” said longtime Bradford cross country and track and field coach Mark Aslakson, who is in his 46th season at the school. “She still (holds) many school and meet records in the 1600 and 800-meter runs. She was a pleasure to coach and her talent allowed her to achieve at a high level especially after high school at UW-Madison.”