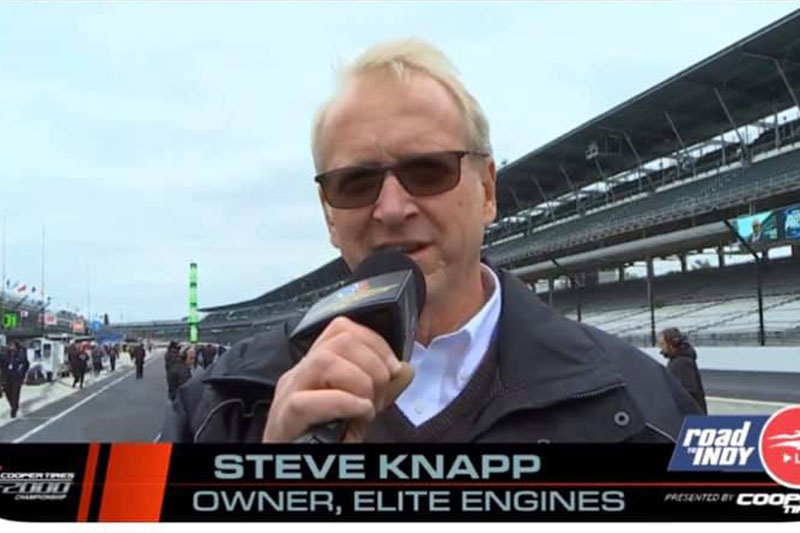 Beyond The City, Sports

Steve Knapp finished third in his Indianapolis 500 debut in 1998

This Date in Kenosha Sports History: Salem resident named Rookie of the Year

On this date (May 24) in 1998, former Salem resident Steve Knapp made his mark in the most famous race on the planet.

In a competition sprinkled with rookies, the 34-year-old emerged as the top newcomer by finishing a surprising third in the Indianapolis 500 before 400,000 fans at the Indianapolis Motor Speedway.

The Minneapolis native was selected as the race’s Bank One Rookie of the Year by a panel of national media and racing officials. He received $10,000 and a trophy in addition to the $338,750 he earned for his effort. Knapp was honored at the annual Victory Banquet the Monday night following the 500 at the Indianapolis Convention Center.

Knapp was the first driver with Kenosha connections to race in the Indianapolis 500 since Paul Russo made the last of his 14 starts at the “Brickyard” in 1962.

“It’s hard for me to keep from crying, but it’s been a long road to get here,” Knapp told the Associated Press. “I just got really lucky with a really good team. They had a solid car under me the whole week. This has been a lifelong dream.”

The fact that Knapp, an engine shop owner in Antioch, Ill., was even in the race, let alone finished in the top three, was amazing.

Successful in the developmental ranks, Knapp’s only experience in an Indy-style car had been 64 laps in Las Vegas the previous November. That made him barely an afterthought entering the 82nd edition of the “greatest spectacle in racing.”

Those odds probably didn’t increase much when he started 23rd in the middle spot of the eighth row after qualifying with four laps at 216.445 mph.

Despite that starting position, Knapp felt ready for the biggest race of his life, which was held in the shadow of the dispute between CART and IRL.

“I was prepared really well from the driver’s side of it with Jeff Ward,” Knapp said of the previous race’s top rookie. “He gave me all the information he learned last year and then some. He didn’t hold anything back.”

Knapp got off to a good start, driving cautiously and avoiding trouble.

Halfway through the event, Knapp was still seventh. At lap 140, he had climbed into third place but dropped to sixth at lap 140. Twenty laps later, Knapp returned to third place and held it until the checkered flag.

Winner Eddie Cheever and runner-up Buddy Lazier were the only other racers to complete all 200 laps.

“My goal was to be in the top 10 by lap 50 and I think on lap 40 I was seventh and I was surprised at how easy it was coming to me,” Knapp said in a press release. “At that point, the team said, ‘Just keep doing what you’re doing.’

“The team did a super job, and the car was really good. It’s been a blast.”

Knapp’s only trouble with the car prompted him to take an extra pit stop where the crew attached a piece of the cowling (removable engine covering) which had come loose.

“I knew it would fly off if I tried to race with it that way so I radioed in and told the crew,” Knapp told the Janesville Gazette. “They put it back on and taped it up. But the tape worked loose during the race so I reached up going down the back straight every so often to tape it down.”

Knapp is the proprietor of Elite Engines Automotive, Aircraft & Boat in West Bend, which bills itself as “one of the country’s top engine builders both at the Pro and Amateur levels” on its Facebook page.