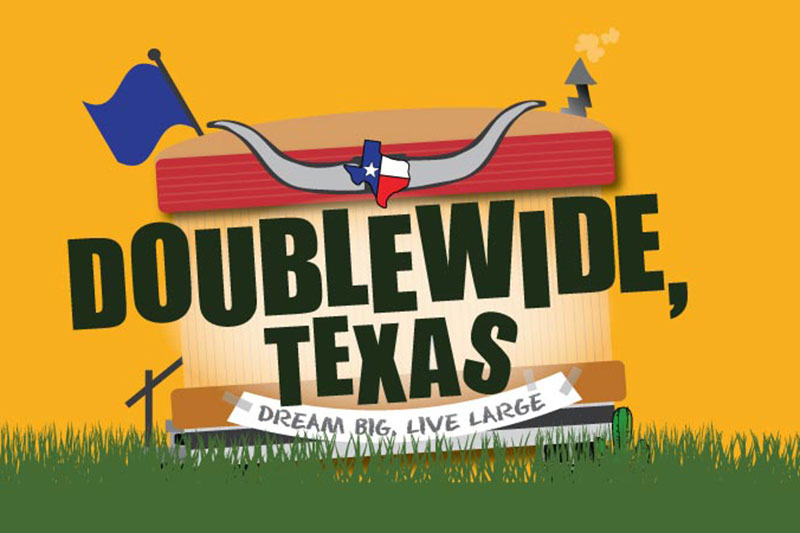 Lakeside Players continues its two-weekend run of the comedy "Doublewide, Texas" with three more shows at the Rhode Center for the Arts.
Entertainment, Local, News

For a community that was long overdue for a night of laughs and entertainment, it was a weekend to remember for Lakeside Players.

The local, non-profit theater group performed its first regular-season production in over a year last Friday (May 14) in opening a two-weekend run of the comedy “Doublewide, Texas” at the Rhode Center for the Arts.

The show continues this weekend with performances at 7:30 p.m. Friday and Saturday (May 21-22) and 2 p.m. Sunday (May 23). Tickets are $12 for adults ($10 students/senior citizens) and can be purchased online at Lakeside Players.

“We had a great turnout last weekend,” said Jenifer Cooper, the LSP board president. “Audiences were laughing loud and having a great time.

“It was exciting to see so many new patrons, first-time visitors at the theater, and people who came from far distances to see our show. Many of them came from out of state. We’re excited for this weekend’s three performances.”

“Doublewide, Texas” is one of the smallest trailer parks in Texas. The residents are thrown for a loop when they realize the nearby town of Tugaloo is determined to annex them.

Jenifer Cooper plays Georgia Dean Rudd, a big-hearted bestie who can’t control her finances or habit of taking in every stray cat, possum and armadillo that visits the trailer park.

Due to the pandemic, Lakeside Players hasn’t performed a regular-season show since producing “Who’s Afraid of Virginia Woolf” in March 2020.

LSP put on “A Christmas Story” over the holidays with 25-percent capacity and added precautions to assure safety of actors, volunteers and patrons.

Capacity has been increased to 50 percent at the 230-seat Skinner Hall, according to director Katie Gray.

“We still require masks and will have enhanced cleaning procedures in place,” Gray said. “There will be social distancing between the seats, but you can still sit as a group.”

Gray is directing her fourth show with LSP and first non-musical.

“It’s been a nice change,” Gray said. “It’s been a lot of fun. The (actors) add stuff to their characters every rehearsal. It’s one of those shows where people can be a little crazy on the stage, which I think makes it even more fun.”

The local theater community continues to mourn the loss of Judy Rossow, who died in March. Affectionately known as the “First Lady of Rhode,” Rossow touched the lives of many in the community, especially local artists of all kinds.