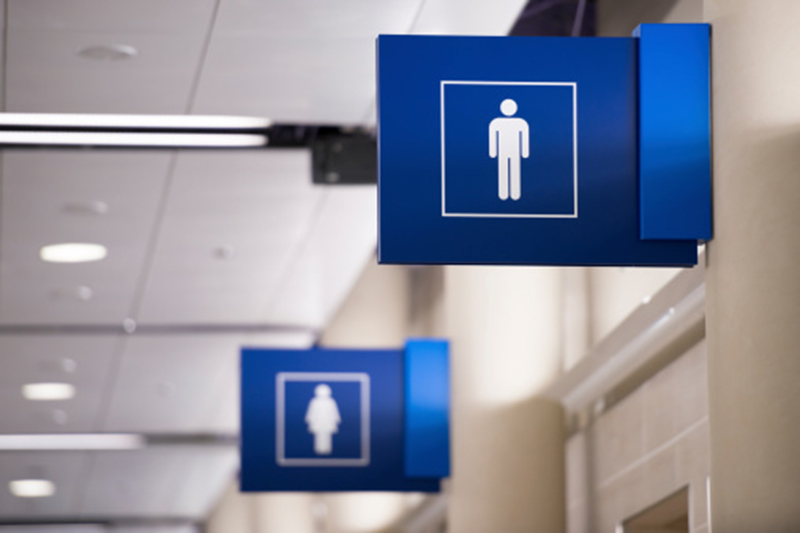 Urgent Relief for millions of men

For 66-year-old Bill of Kenosha, it was a problem that he’d struggled with every day for more than a decade. “It was always in the back of my mind,” Bill remembered. But not anymore.

Bill’s health problem is called benign prostatic hyperplasia – BPH for short – more commonly known as an enlarged prostate. When the prostate increases in size, it can pinch the urethra through which urine flows. That can cause a weak urine stream, resulting in uncompleted emptying of the bladder, sudden urgency to go, frequent nighttime trips to the bathroom, and, often, all of the above.

“All my daily activities revolved around the availability of restrooms,” Bill said. “If I was planning a couple hour drive, I’d need to go to the bathroom before I left. When I arrived, I had to be near a bathroom.”

Sound familiar? It should. Roughly half of all men between 51 and 60 years old have enlarged prostates. That number rises to 90 percent of men over 80 years of age. Millions – literally millions – of men suffer from this condition. “It’s a very prevalent disease,” said Dr. Michael Ginsburg, an interventional radiologist on the Froedtert South Medical Staff. “As men get older, their prostate increases in size as part of the normal aging process.”

But many men are slow to get help. “They may just tolerate their symptoms,” Dr. Ginsburg said, “but this is not something anyone has to live with.” And delaying treatment for too long may lead to more serious issues. “You can develop something we call bladder dysfunction,” Dr. Ginsburg said.

“As more and more urine remains in the bladder, it has to work extra hard. Over time, a patient may get to the point where their bladder doesn’t work as well. So it’s better if they schedule a physician visit sooner rather than later.”

Like most enlarged prostate patients, Bill’s urologist prescribed medication to ease his symptoms, but that’s often only a short-term fix.

“Even on the maximum dose,” Bill said, “my symptoms kept worsening.” In June of last year, Bill’s condition reached the crisis point. “Suddenly, I wasn’t able to go at all,” Bill recalled. “I was like, ‘Uh oh. I need to get to the hospital.’”

At nearby Froedtert Pleasant Prairie Hospital, a catheter was inserted to drain Bill’s bladder while he and his urologist considered the next step in his treatment: surgery. That’s when Bill met Dr. Ginsburg.

“Dr. Ginsburg came highly recommended,” Bill said. “If his office had been in Milwaukee, I would still have made the drive to see him. But for me, living right here in Kenosha, seeing Dr. Ginsburg was really convenient.”

“We are very patient-centric,” Dr. Ginsburg said. “We work with each patient and their urologist to develop a treatment plan that’s best for them and their condition. We tailor the treatment for the patient.”

For Bill, that treatment was prostatic artery embolization, or PAE – a procedure in which a tiny catheter is used to block blood flow to the prostate, forcing it to decrease in size over time.

“On the Froedtert South Medical Staff,” Dr. Ginsburg said, “our multidisciplinary approach to patient care, and the collaborative relationships between interventional radiology and urology physicians, are why we are seeing success treating patients with PAE.”

“PAE is done under local anesthesia and maybe moderate sedation,” Dr.Ginsburg said. “It provides significant improvement of symptoms with no risk of sexual side effects, incontinence or leakage, and no risk of bleeding. These are major advantages.”

“I didn’t feel a thing,” Bill said. “The whole procedure was completely painless.”

“It’s an outpatient procedure,” Dr. Ginsburg said. “Patients come into the Outpatient Surgery Center at Froedtert Pleasant Prairie Hospital and get the procedure done through a blood vessel in their groin or through their wrist. It takes about an hour and a half, plus a couple hours in the recovery room. The patient goes home the same day.”

“My life is a million times better than it was before, I’ll tell you that,” Bill said. “I may get up once a night; I’ve even slept through the night a few times. During the day, I don’t have to worry about being near a bathroom if I’m going somewhere. I used to get these horrible urges to go right away. Now I have time to find a gas station when I feel the need to go. The whole urgency thing is gone.”

“On top of getting rid of the catheter that Bill had for several months – which made a huge difference in the quality of Bill’s life – a lot of his severe symptoms have been relieved,” Dr. Ginsburg said. “The treatment has been very effective for him.”

A VIABLE ALTERNATIVE TO SURGERY

“PAE is especially suited for men with very large prostates, or who have complete blockage and have to use a catheter,” Dr. Ginsburg said. “It also works really well for patients with just enlarged prostates that are causing them significant symptoms, or for patients who are taking blood thinners, since they don’t have to stop taking their blood thinners for this procedure.”

“We have long term data showing that PAE is very safe,” Dr. Ginsburg added, “and the beneficial effects last a long time.”

“For me it was a complete no-brainer,” Bill said. “My urologist told me about the procedure and said, ‘I know Dr. Ginsburg. He’s good at this.’ So, that’s the way I went. I highly recommend Dr. Ginsburg. He’s experienced, knowledgeable, has a great personality and is very accessible.”

“Men don’t have to go on suffering from their symptoms,” Dr. Ginsburg said. “PAE is a viable minimally-invasive alternative to surgery with enhanced quality of life.”