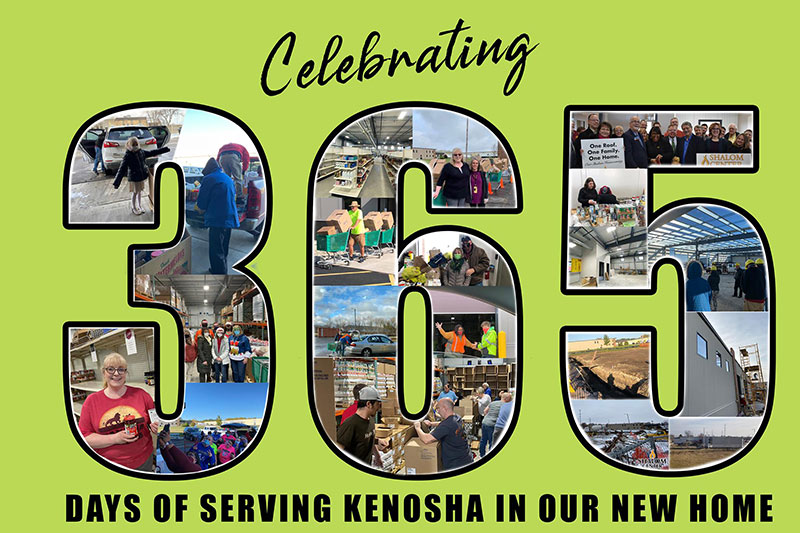 On March 8, the Shalom Center will mark its One-Year Anniversary of housing all of its vital programs under one roof.
Local, News

The Shalom Center will soon celebrate a major milestone after facing a harrowing year of service.

Early next month, the local nonprofit will mark its One-Year Anniversary of housing all of its vital programs under one roof.

The Shalom Center relocated its food pantry and warehouse to its central location, 4314 39th Ave., on March 8, 2020. The site also houses its shelter and soup kitchen.

“This was a huge thing because we were able to bring all of our services under one roof and we were also able to maximize the opportunities to serve people,” said Dustin Beth, the center’s director of development and community engagement.

He said the timing of the move couldn’t have come at a better time. The dedication ceremony took place just weeks before the COVID-19 pandemic began upending the nation.

“We had the ability to communicate and serve more effectively under one roof,” he said. “Imagine if we were still serving (in the food pantry) on Sheridan Road. Because we didn’t have any volunteers, all staff had to man the food pantry for quite some time. Imagine trying to shuffle between two buildings. We probably would have put more restrictions on people entering buildings.”

Beth said the nonprofit was able to serve the community without too much disruption throughout the darkest days of the pandemic. The shelter also remained open to provide a safe space for the most vulnerable.

“We’ve seen people from all walks of life because they know they can rely on us for the essential things to get by,” he said.

In honor of the One-Year Anniversary, Beth said the nonprofit is hoping to raise $3,650 to help keep their programs strong as part of the 365 initiative. Anyone hoping to donate essential items can do so via Amazon.

“While we’re filling up carts for people who depend on us, we also need our shopping carts filled so we can continue to serve people who need us,” he said. “Whatever the Shalom Center has needed, the community has stepped up to make sure we had what we needed. … Together as a team, a community and big family we’re able to do what we do.”

Beth said the food pantry distributed more than 1.1 million pounds of food – much of it through a makeshift socially-distanced on-site drive-thru – and helped some 10,000 families last year.

“We were still able to serve a huge amount of people through our meal programs and our shelter has always been full,” he said. “I can’t believe it’s March already!”