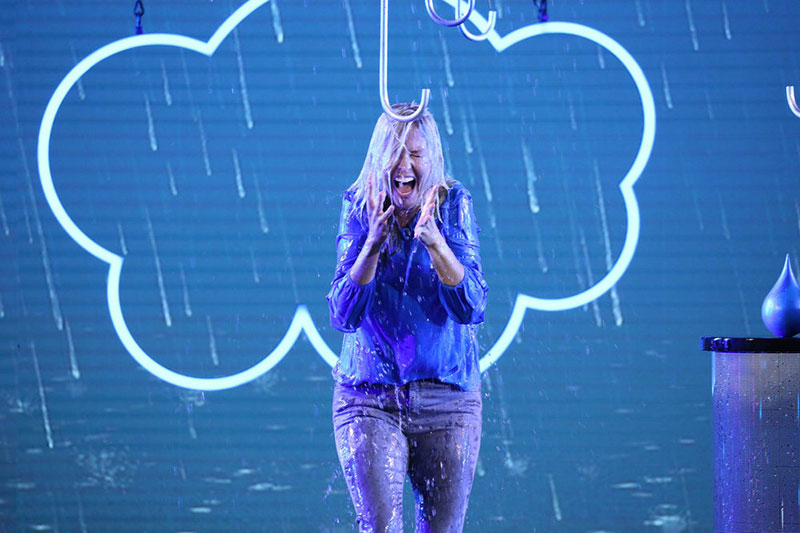 Tracy Margetson of Pleasant Prairie will be featured on this week's episode of "Ellen's Game of Games."
Entertainment, Film + TV, Local

Showtime! Tracy Margetson to appear to ‘Ellen’s Game of Games’

Pleasant Prairie’s Tracy Margetson has the personality fit for a game show. This evening, it will be on full display for a nationwide audience.

Margetson was informed one week ago that her taping — which took place this past August in Los Angeles — made the cut and she would be featured on this week’s episode.

The game show, hosted by Ellen DeGeneres, pits contestants to perform outrageous, over-the-top challenges with often humiliating consequences for missteps made along the way.

“I’m super excited, but also a little bit nervous,” said Margetson, whose bubbly, silly personality was a perfect fit for the show. “I don’t want to look like a complete fool on national TV. I like for it to be entertaining at the same time.”

Margetson competes against one other contestant in “Make it Rain,” a game where each person attempts to answer trivia questions and earns the opportunity to select one of eight umbrellas from above. Seven of the umbrellas contain a bucket of ice water and one of them is filled with a bucket of gold confetti.

The contestant that picks the gold confetti advances to the semifinals.

“People have said to me that (the contest) sounds awful,” said Margetson, a registered nurse at Aurora Medical Center. “In the moment, it was so much fun. It was an awesome experience.”

Margetson is hosting her family tonight for a viewing party.