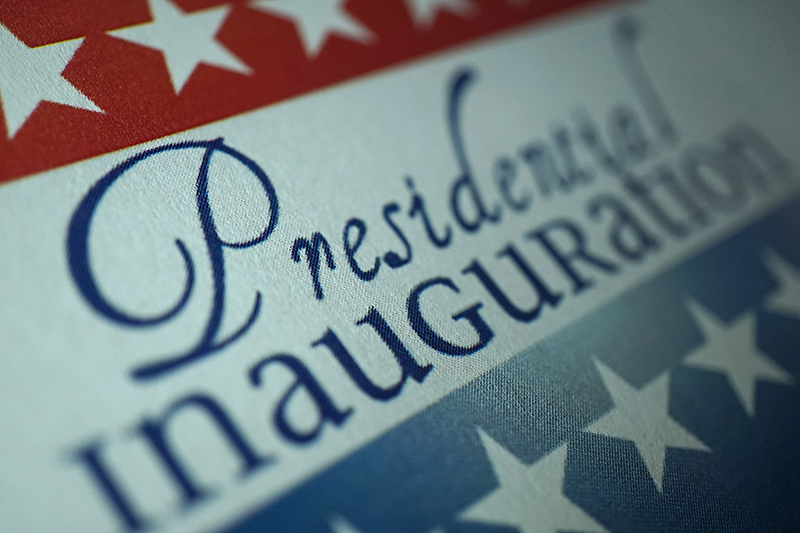 As we approach our nation’s 59th presidential inauguration, memories of the two inaugurals I attended return.

Neither one was as clouded with the level of angst of this one. However, each had their moments.

In 1977, we were invited to President Carter’s inauguration. Excitement oozed from every pore. This would be a lifetime memory. I had only been to Washington D.C. once prior and that was as a tourist.

This would be different: I would be an official participant in a presidential inauguration.

I would dance with my lady at an inaugural event in some fancy Washington ballroom. Wine would flow. A tuxedoed orchestra would play. We would hob-nob with celebrities.

Not bad for a kid from a Northwoods farm who grew up in the shadow of a car factory in Kenosha. As they say down south, we’d be walking in tall cotton.

There were two couples traveling so we decided to forgo the cost of airlines and embark on our 12-hour journey together.

We packed up the car with snacks, sandwiches and sodas and off we went after everyone finished work. We were scheduled to arrive in D.C. the next morning, just in time for the first event.

All went well across Illinois, Indiana and most of Ohio. Somewhere on the Ohio Turnpike just outside of Youngstown, things turned sour.

As we stopped at a turnpike toll, the car died. It just stopped running. Dead.

Since we were blocking the only lane open at 1 a.m., we were told to move the car. We managed to do that. The tollway staff kindly let us sit in an unoccupied, but heated, toll booth until a tow truck arrived.

Our next stop was the dusty lobby of a derelict hotel in downtown Youngstown.

It was there where we waited until dawn. Eventually, the repair shop got the car fixed and we were on our way again – hours late.

Then, we encountered snow, sleet and slush crossing the Allegheny Mountains.

Our little band eventually arrived at our suburban D.C. hotel – or close to it. The car died again a few blocks away and another tow truck was summoned.

This time, the ladies refused to exit the car. The tow truck arrived and left the two women in the back seat, arms folded.

That night, following another car repair, we headed into the city for a pre-inaugural party at one of those fancy glass-tower hotels.

We arrived chastened in a chariot — coated with Allegheny slush and tollway salt — littered with empty cans and squished peanut butter sandwiches.

As we exited the car, a long white limo pulled up next to us. An elegantly tuxedoed Mohammad Ali stepped out of his ride, looked at our car, winced like he had taken a left hook from Joe Frazier, and made a bolt for the hotel door.

We handed the keys over to the valet who gulped, pushed the wrappers aside, and took the car away.

The day of the inaugural, January 20, 1977, arrived sunny but very cold. We were advised to wear long johns to the outside events. We observed all of the ceremonies including the oath taking and the parade. We took a cab.

That evening brought a half-dozen inaugural balls, including ours at the Washington Hilton. Faith was restored in our vehicle and off we went.

The streets of the nation’s capital were clogged. We spent nearly one hour stuck under Dupont Circle. By the time we arrived, the president and first lady were off to a different party. We had missed them.

I was dispatched to the ballroom bar to get some drinks. There were long lines, small glasses, and high prices. The dance floor was crowded.

After a bit, we escaped to the safety of the hotel lobby bar. So much for grandeur.

Years later and lessons learned, invitations were received for the inaugural of President Clinton.

We purchased a short and comfortable flight with arrangements for an early arrival at the events. Public transportation replaced private cars.

The only misstep at that one was when someone bumped into me spilling wine on a Mike Bjorn rented tux. Other than that, it was a fine trip.

And the republic endured.