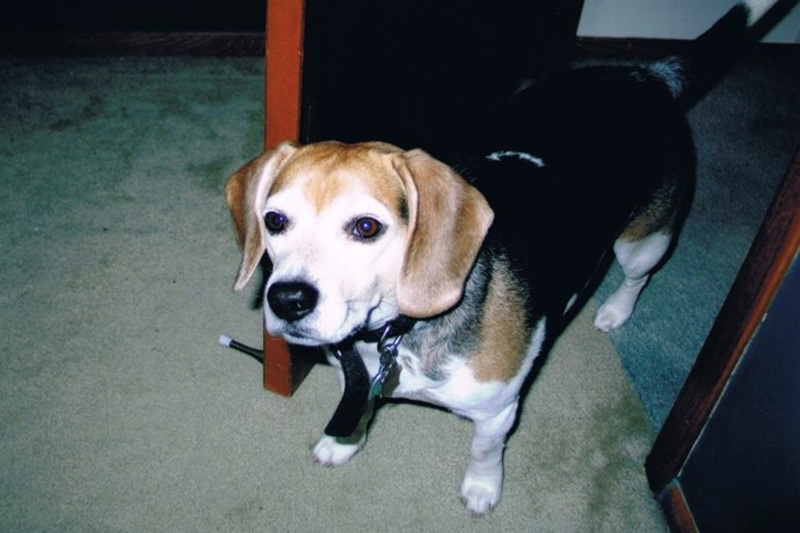 A Nose for Trouble

The legend of Louie the beagle lives on for Kenosha family 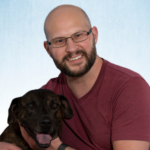 Johnson is a local pet professional who offers valuable insight — and many hilarious encounters — about our lovable four-legged friends. The Kenosha native is the owner of Kenosha Pet Sitter, which offers pet sitting, dog walking and other services throughout Kenosha.

Although I have been a lifelong lover of pets, my first dog did not enter my home until I was 20 years old.

After years of begging, my parents finally broke down and we got a beagle named Louie, the summer between my sophomore and junior year of college.

Although Louie has been gone for 10 years now, he is always a topic of conversation at family get-togethers.

Unlike most pets who are the subject of cute or funny stories, Louie has become somewhat of a legend over the years.

If you didn’t know he was a dog, one would think our family was discussing a war buddy or a crazy co-worker from an old job.

Like most Beagles, Louie was driven by his nose.

Whether it was knocking down the Christmas tree as he was hunting for possible edible presents or my mom baiting him with my brother’s birthday cake to get him back in the house (successfully), Louie’s nose would often get him in and out of trouble.

One of my earliest experiences with Louie is a good illustration of this.

I made it a point to take him for a walk around the neighborhood each day, which my dad continued after I moved out of the house (and while I was away at college).

About a month after we got Louie, I was taking him for a late-afternoon, summer stroll.

Suddenly, his nose dropped to the ground, he stood completely still and he started to bray and howl like I have never heard before.

I immediately thought, “How cool, Louie is on a scent!”

Whether it is a German Shepherd working with a police officer or a Siberian Husky pulling a sled (or in my case, a middle-aged guy on roller blades), I love to see dogs do the jobs they were bred to do.

As a scent hound, Louie was in his element.

Instead of following our usual walking route, I decided to let Louie do his thing and follow his nose. He immediately turned around and started walking backwards in the exact direction from which we came.

After walking past a few driveways, he turned 90 degrees to the left and led me across a neighbor’s front lawn. I followed him across the lawn, and then between two houses. He then followed his nose alongside a couple fences and through two more backyards.

Throughout the journey, Louie would stop, raise his tail, and sniff the ground, before adjusting his direction at a slight angle. I followed with rapt attention wondering if he was following a person, another dog or a helpless trapped animal.

After meandering through various yards, we emerged on the opposite side of our neighborhood.

Louie seemed even more sure and determined as he continued, without pause, straight across the street towards the middle school football field.

He reached the long side of the fence around the football field and continued as fast as his four-month-old paws could carry him. While his nose was mere centimeters from the ground, he did not slow down or stop.

When he reached the end of the fence, some 140 yards later, he continued straight into the woods beyond the middle school. He walked only a dozen feet or so into the woods before he stopped his straight-line path.

Now, he began walking tight circles and zig-zagging back and forth, and his loud barking started up again. Suddenly, Louie stopped over a pile of dirt, leaves, and twigs.

He completely froze, and then gave a howl that would drown out the engine of a jet flying over a football stadium before kickoff.

He had found what he was looking for.

I could barely contain my enthusiasm. I bent down to move the leaves to find out what bewitching scent had attracted Louie from so far away. As I moved leaves, sticks, and dirt away, I began to uncover a reflective blue object.

Suddenly, Louie stuck his nose into the hole I had created and snatched up what he had been after — an empty bag of Cool Ranch Doritos!

With the prideful look of someone whose child just graduated from college, he held the bag in his mouth high above his head before dropping it at my feet.

It was the first of many successful missions in Louie’s illustrious past and the start of a lifetime’s worth of memories.