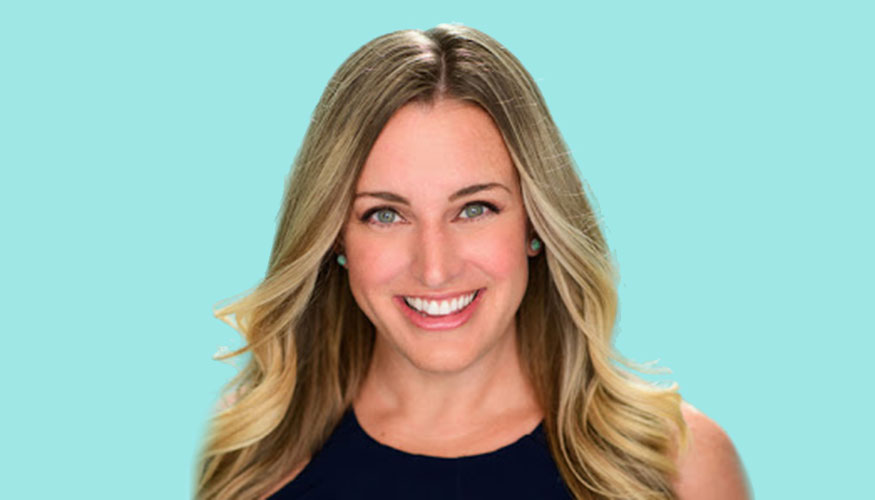 Kenosha’s Kristen Singer was recently named a Claes Nobel Educator of the Year by the National Society of High School Scholars (NSHSS). The Harborside Academy theater and choral teacher was one of 20 educators nationwide chosen by the international honors and scholarship organization.
PHOTO: SUBMITTED
Arts, Education, News

The Songs Continue for Singer

As a Kenosha Unified Schools choral teacher and director of a hugely successful run of student musicals, Kristen Singer has received her share of accolades, bouquets and applause.

This year even though the stages are dark and the risers empty, the dedicated educator still received a tangible reminder of her students’ respect and admiration.

As the result of a student nomination, Singer was named a Claes Nobel Educator of the Year by the National Society of High School Scholars (NSHSS).

The Harborside Academy theater and choir teacher was one of 20 educators selected by the international honors and scholarship organization. The awards, announced earlier this month, are presented to exemplary educators who have demonstrated an outstanding and noteworthy commitment to preparing their students for success in and out of the classroom, according to the NSHSS announcement.

“The nomination was from a former student, and that was really sweet,” Singer said. “When I found out I won, I texted her immediately.”

To be eligible for the award, candidates must first be recognized as an NSHSS Educator of Distinction and must currently be working in a high school. Named for its founder Claes Nobel, the grand-nephew of Nobel Prize namesake Alfred Nobel, the award supports NSHSS’ vision to help students grow and positively impact the global community.

The winners, chosen from among hundreds of nominations, hail from 12 states and Canada, with Singer being the lone recipient selected from the Midwest.

In addition to teaching, Singer has worked professionally as an actor and singer. Her credits include the films “The Fear of Looking Up” and “The Book of Birdie.” Earlier in her career she performed on cruise ships and spent time in New York and London before returning to her Kenosha roots.

The honor couldn’t have come at a better time. The lifeblood of performing arts – the chemistry, camaraderie and connections – have been put on hold by the coronavirus pandemic. Singer is realistic about the impact on her craft.

“It’s been an extremely challenging time for the arts,” Singer said. “We are used to doing things collaboratively. That is what makes it fun for students. They love performing with each other and form a close bond by creating the arts together.”

Sure, the 2020 teachers’ toolbox of things like Zoom, Google and Mobile Mind does help Singers’ choirs stay connected. But when it comes to the arts technology is, well, just technology.

Singer keeps it real, asserting that what might work great for a math class doesn’t translate into creative fields. The basic task of singing together, something that came as easily as breathing until last spring, suddenly posed a problem due to lag time between vocalists communicating via computer.

“Things look really different,” she said. “We can’t really sing together, and that’s been a huge problem, especially for choir. The lack of being together has been very lonely.”

Singer said she isn’t afraid to show her students that she feels those disappointments and stresses, just as they do.

“I’m human,” she said. “It’s not necessarily bad to let them know that I’m struggling, too. I try to uplift and boost them, but sometimes I’m not having the best day myself and we have to get through it. I’m very honest with them.”

In spite of technical and emotional challenges, Singer continues to exemplify the very qualities that made her a nationally-recognized educator.

In order to generate some needed holiday spirit, Singer’s Harborside choirs created three virtual concerts. The herculean task of editing those shows in order to get them out to students and families in time for the holidays was well worth it, Singer said.

“They needed something to look forward to,” Singer said. “It was important that we were still going to do something, even if it was going to be different.

“It was sweet to watch how congratulatory everyone was to every person who shared their talents in some way,” Singer said.

Singer received $1,000 as a NSHSS finalist, and was also given the opportunity to pursue a grant that she is paying forward into the KUSD community. That is no surprise coming from this local gem.

Singer, a 1997 Tremper graduate, majored in theater at UW-Parkside and costume design at the University of Florida, and recently earned her Master’s degree in Musical Theater Pedagogy from Carthage College in May.

The NSHSS Educator of the Year honor and the accompanying grant remind Singer that there are better days ahead.

Harborside received the grant funds just this week. Singer spent this winter break entertaining different possibilities for the funds; scholarships and live theater are just some of the ideas she’s considering.

One thing is certain — the money will be used when the rewards finally can be shared in person.

“It will likely go toward creating something and helping students attend live performances that they otherwise might not be able to experience,” Singer said.

For this dedicated educator, just thinking about getting students back onstage is equally as rewarding as receiving a prestigious national honor.

“I’m already thinking about what show I want to do, what important stories we want to tell,” Singer said. “Or do we want to do something that is just fun after this stressful time?

“I’m really looking forward to just having people in a room together,” she said. “The most powerful experience is when the audience, the actors and singers on stage feed off of each other. I’m excited to feel that energy, that camaraderie, and to create things again.”