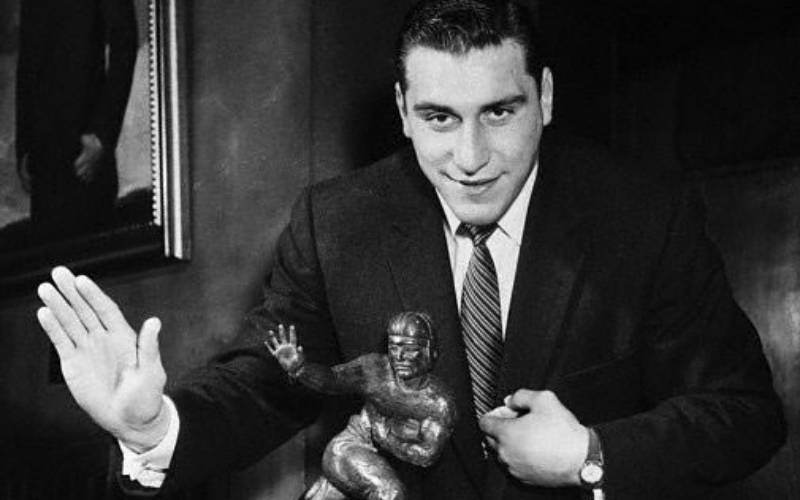 Kenosha’s Alan “The Horse” Ameche was presented with the Heisman Trophy at the Downtown Athletic Club in New York.
Sports

Alan Ameche Hauls in the Heisman

On this date (December 9, 1954), Kenosha’s Alan “The Horse” Ameche was presented with the Heisman Trophy at a ceremony at the Downtown Athletic Club in New York.

The Bradford graduate earned college football’s top award after rushing for 641 yards and nine touchdowns while playing both ways as a senior at Wisconsin.

Ameche, a two-time All-American, finished his career as the NCAA’s all-time leading rusher with 3,345 yards.

Note: Ameche, who died in 1988, was the Colts first round pick in 1955. A four-time Pro Bowler, Ameche is a member of at least three Halls of Fame and was named the greatest player in Wisconsin’s all-time team in 1969.